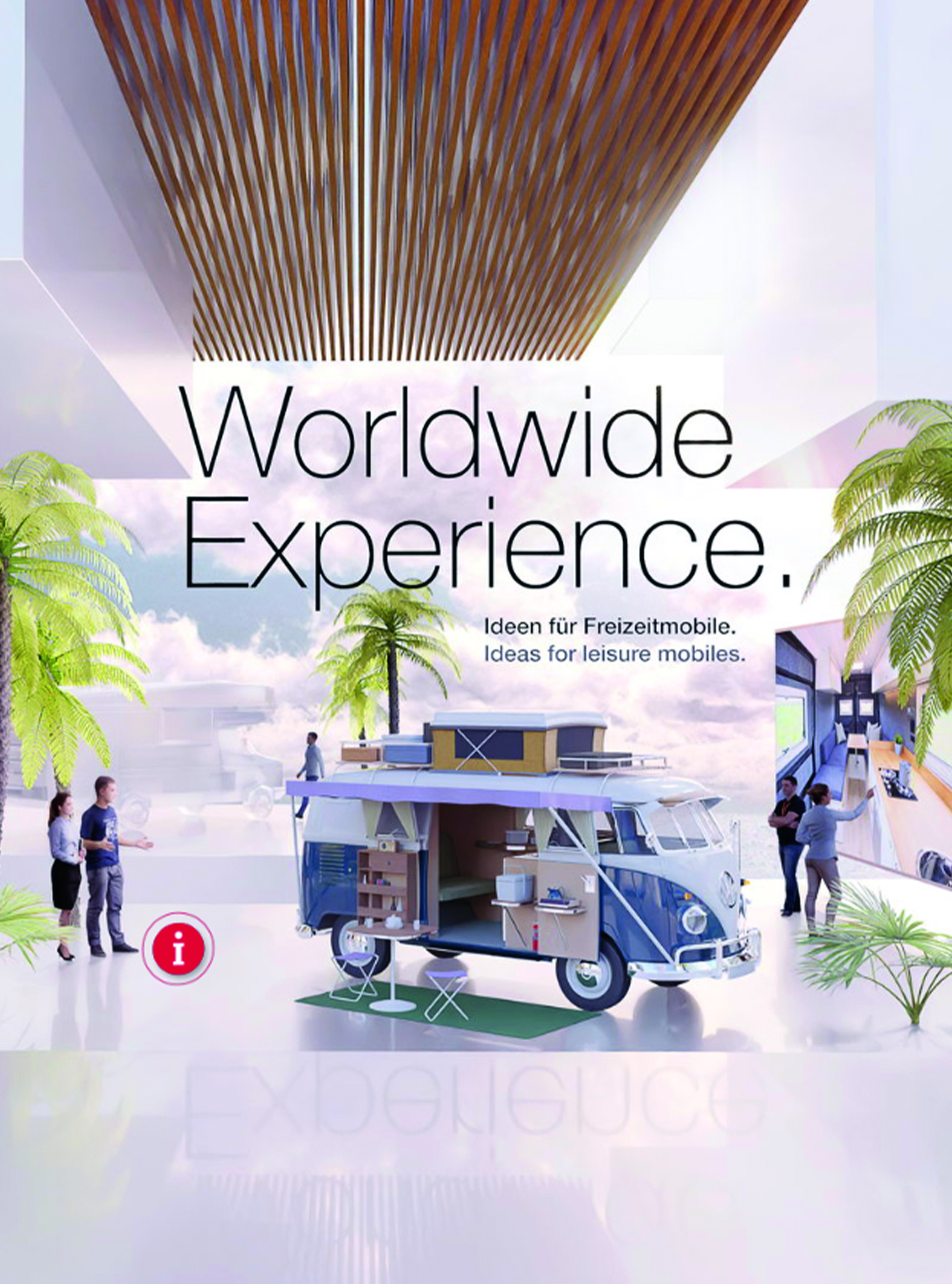 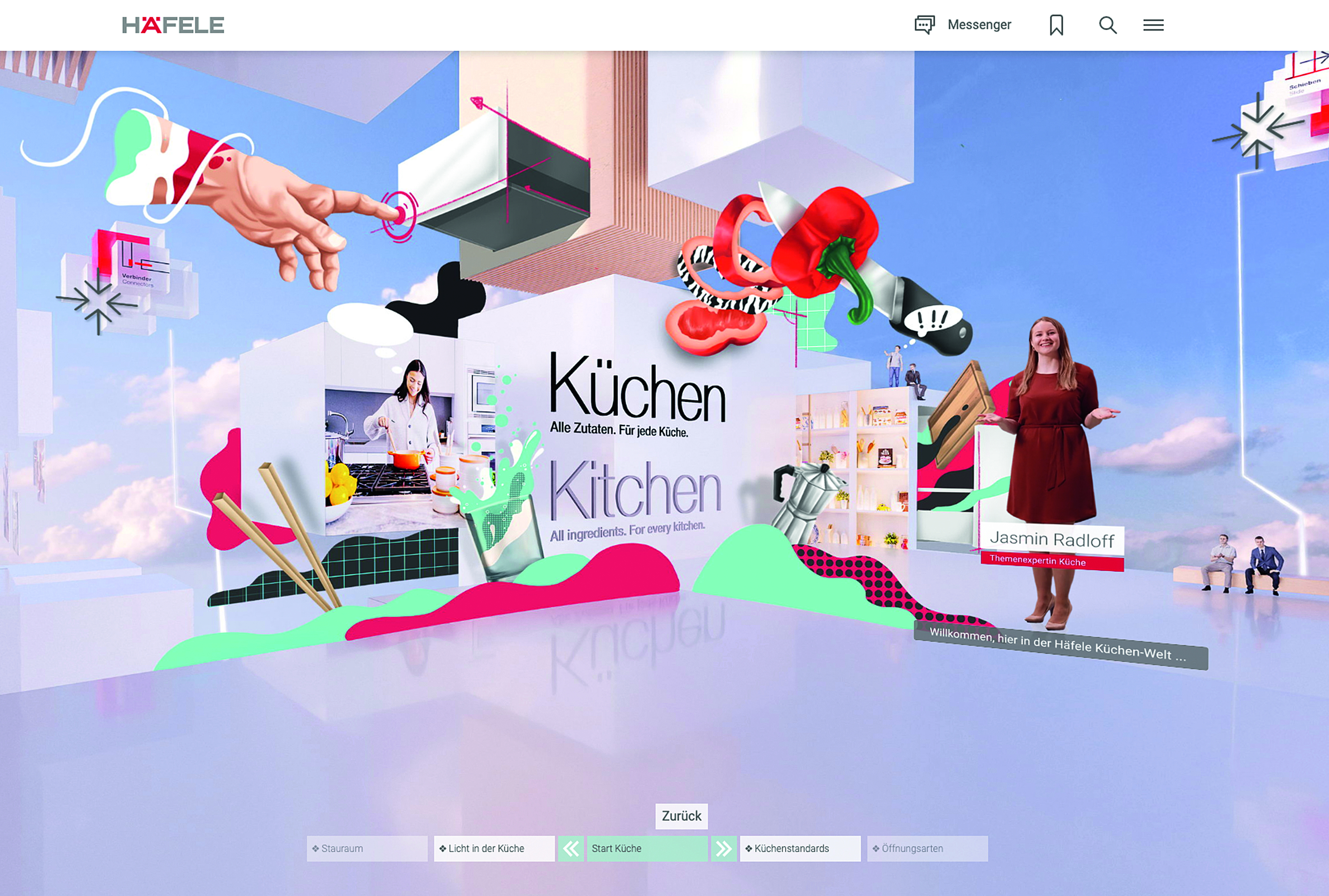 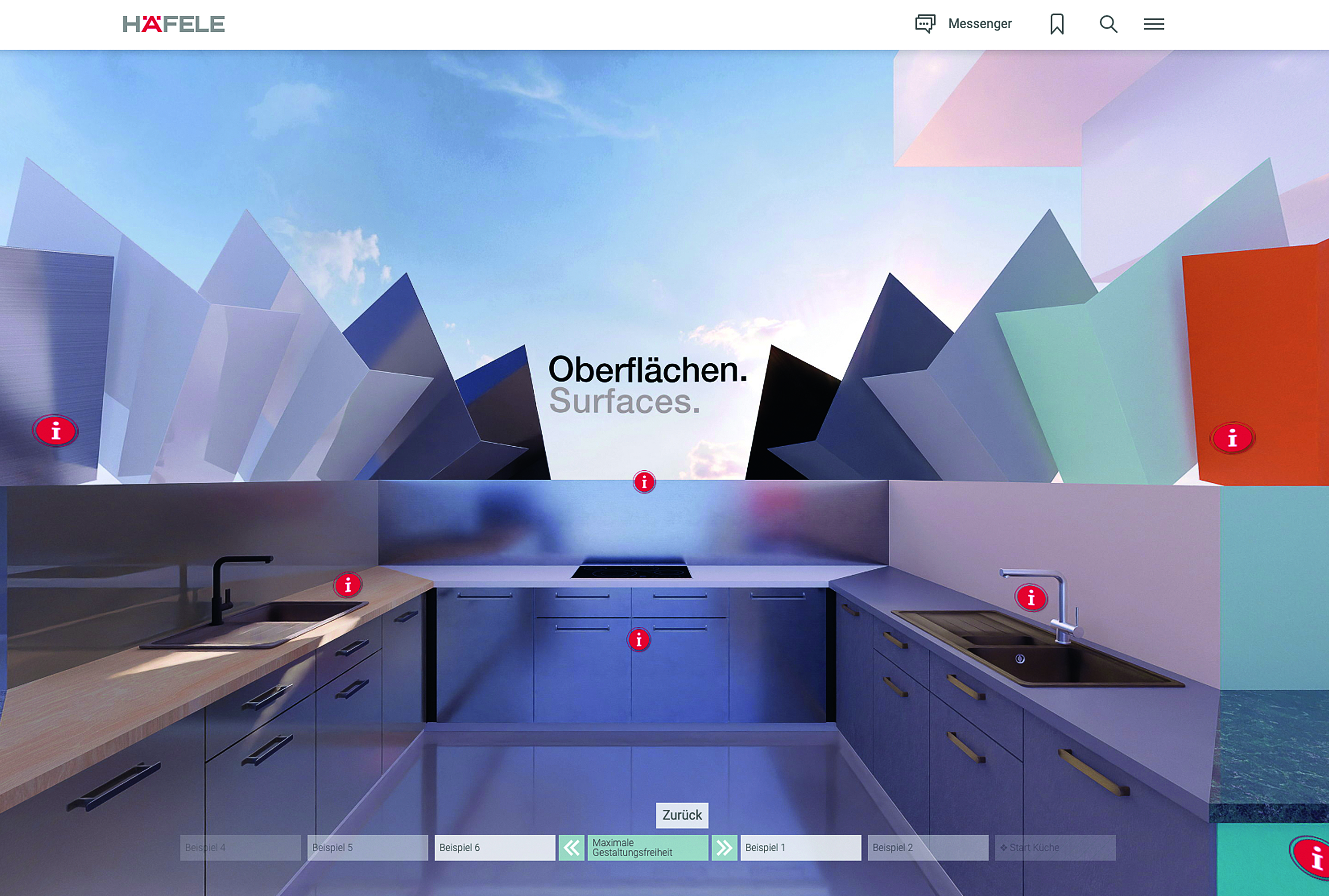 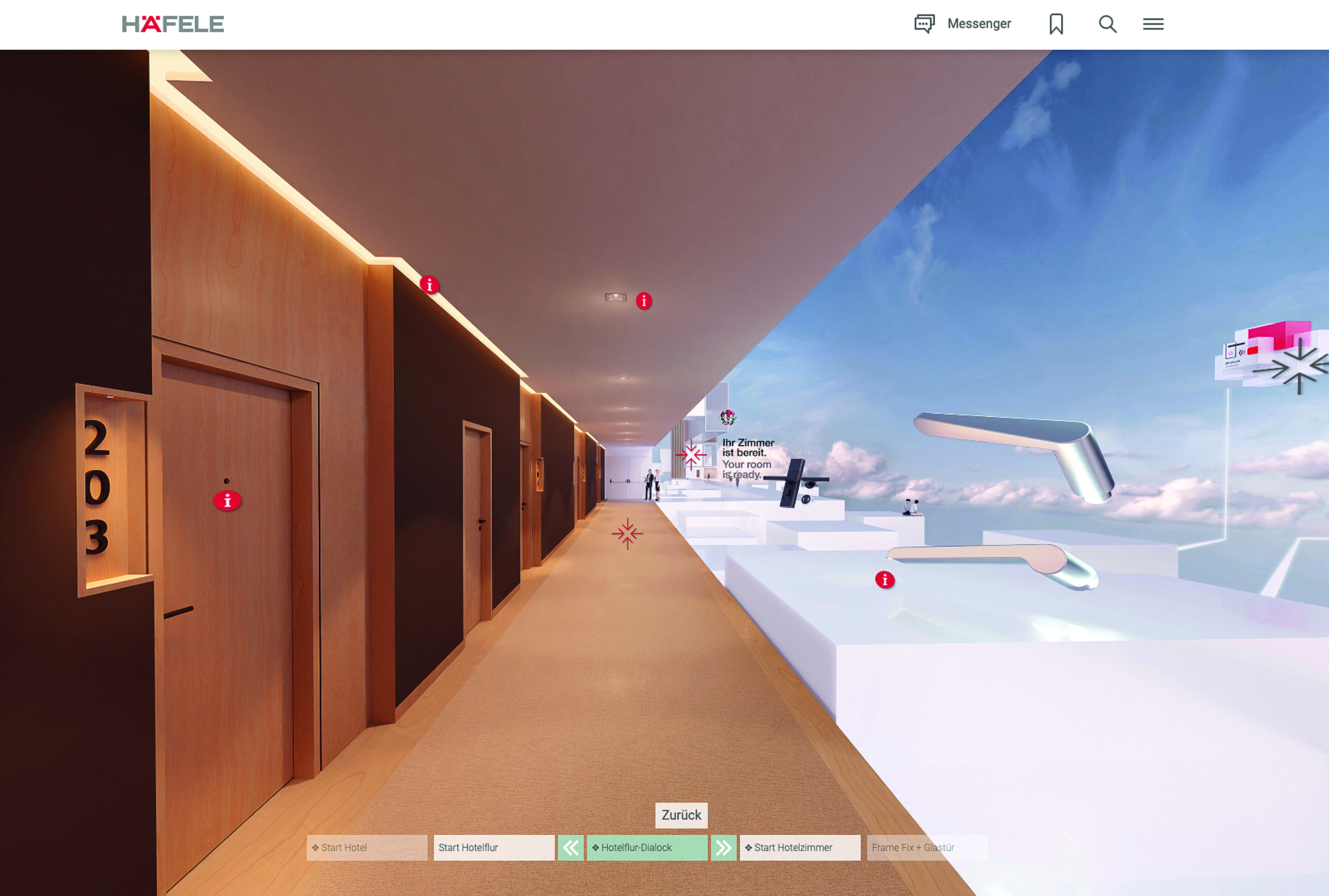 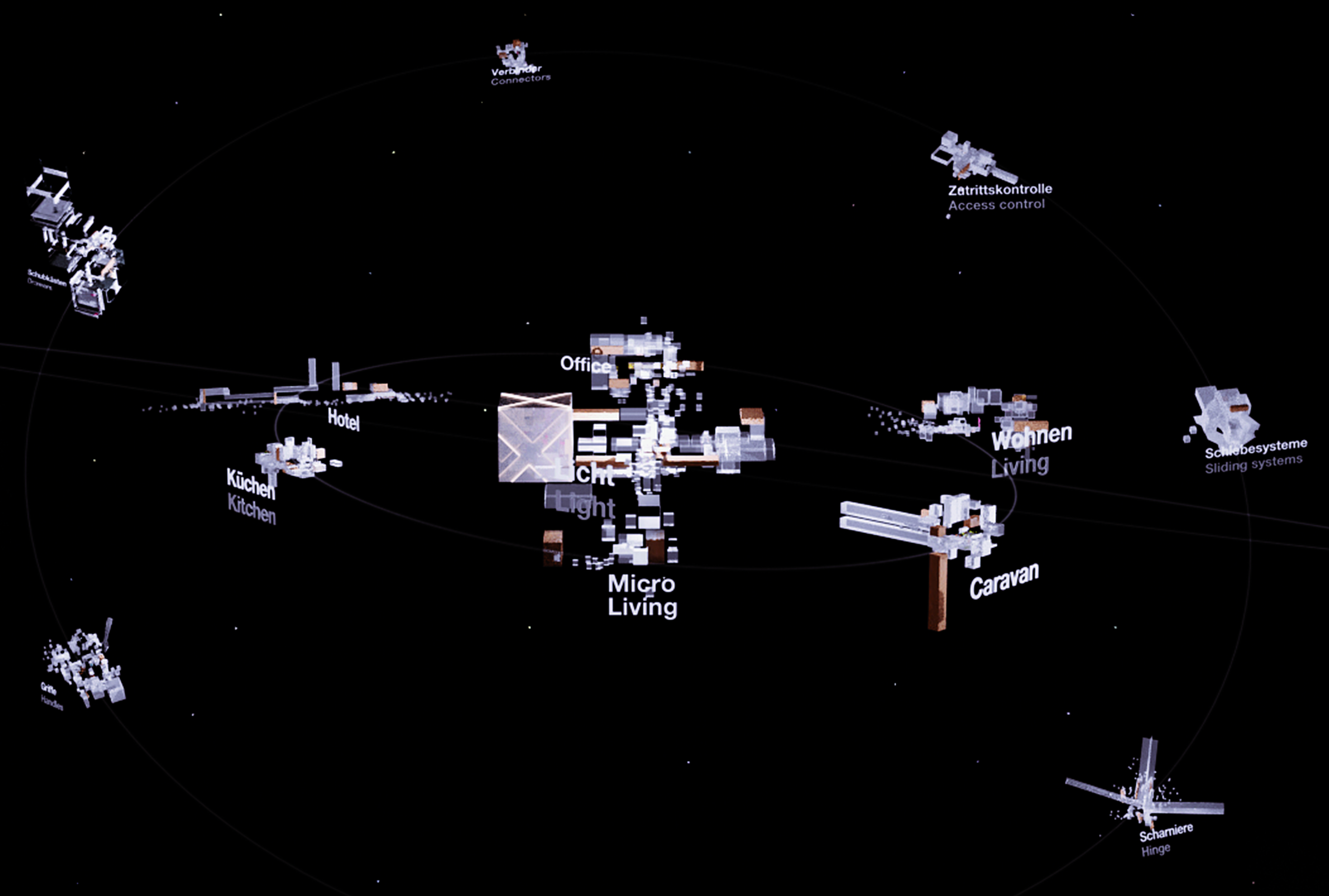 With its alternative to a physical trade show as necessitated by the pandemic, Bruce B. did not wish to simply digitalise its trade show concept, but rather develop a distinct virtual event and specifically stage the product themes for the digital space. The idea? A virtual solar system with different themed planets that people can interactively move between – disregarding the laws of gravity. Following detailed briefings, 16 distinct, photorealistic 360° themed and product worlds were created – Häfele’s entire service portfolio as a complete cosmos. Displayed in the 50 most important markets in a total of 17 language versions. At the same time, different communication channels and interactive options resulted in active engagement with the platform visitors – virtual explainers were incorporated into the central themed worlds, the highlights were presented in an automated guided tour, consultations were held via video or text chat or personal guided tours were given by means of screen sharing. There was a live stage broadcast around the clock of videos from the international markets. Since the four-day period of the actual trade show, the platform has served as a global Häfele showroom and is to be gradually added to and expanded.