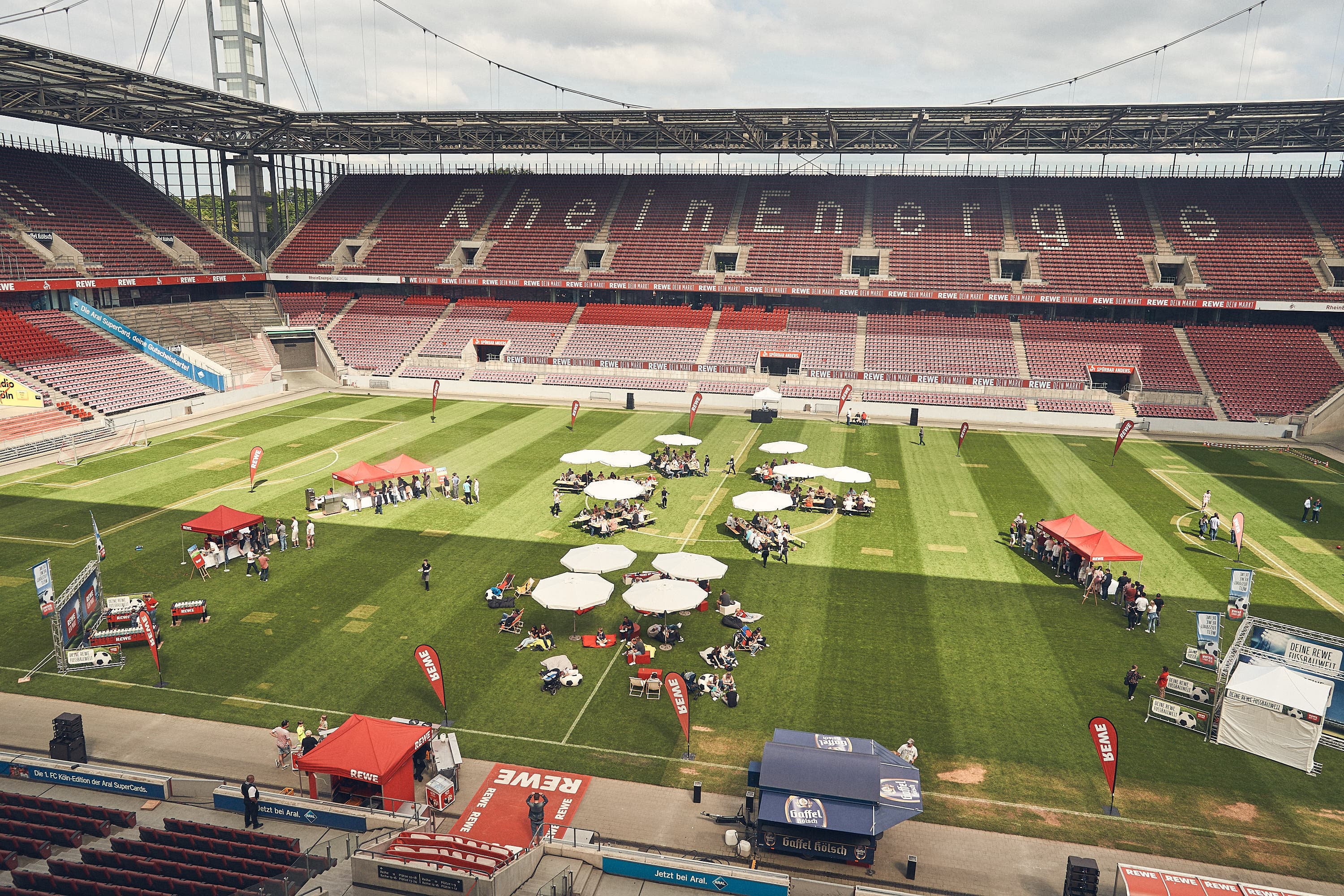 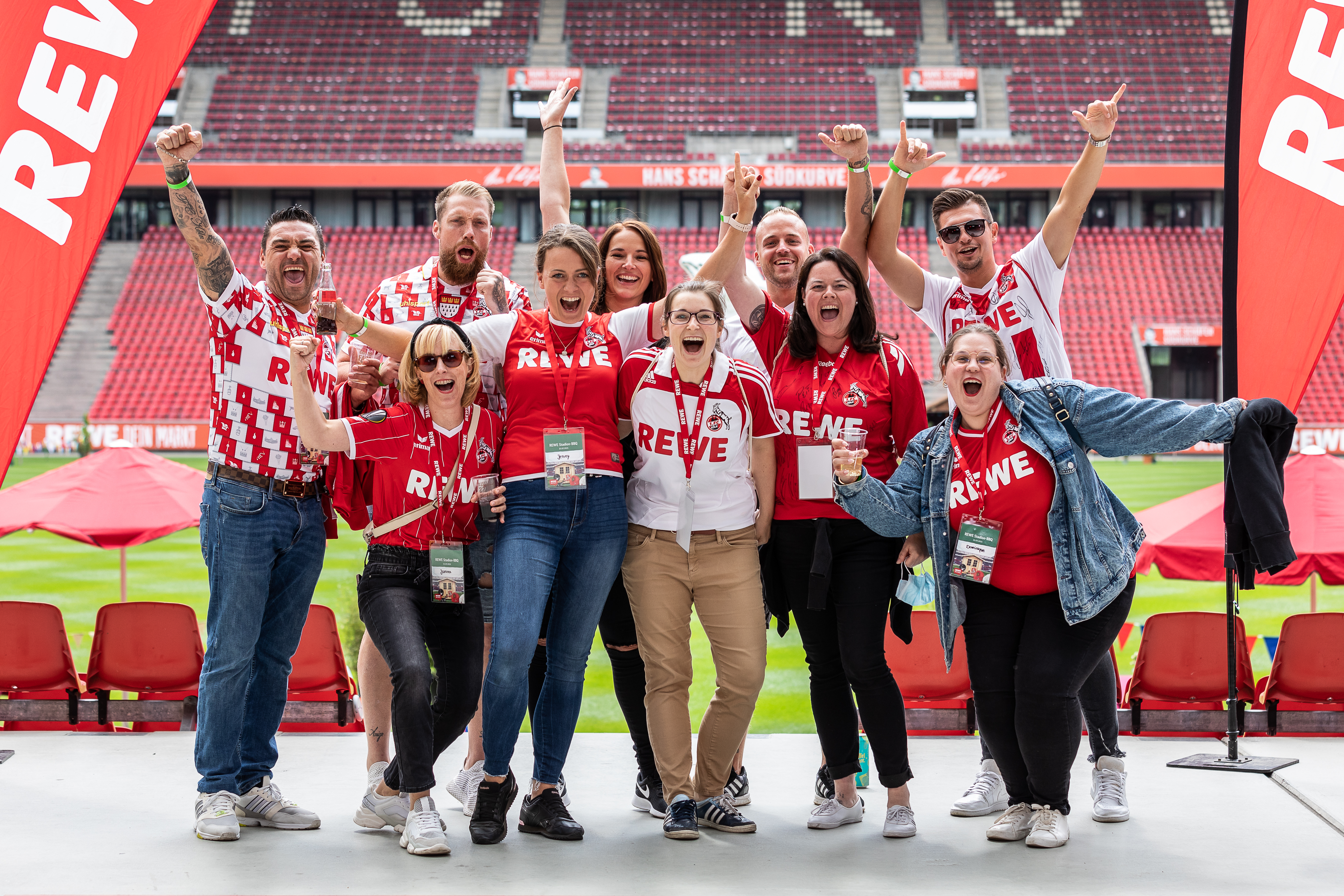 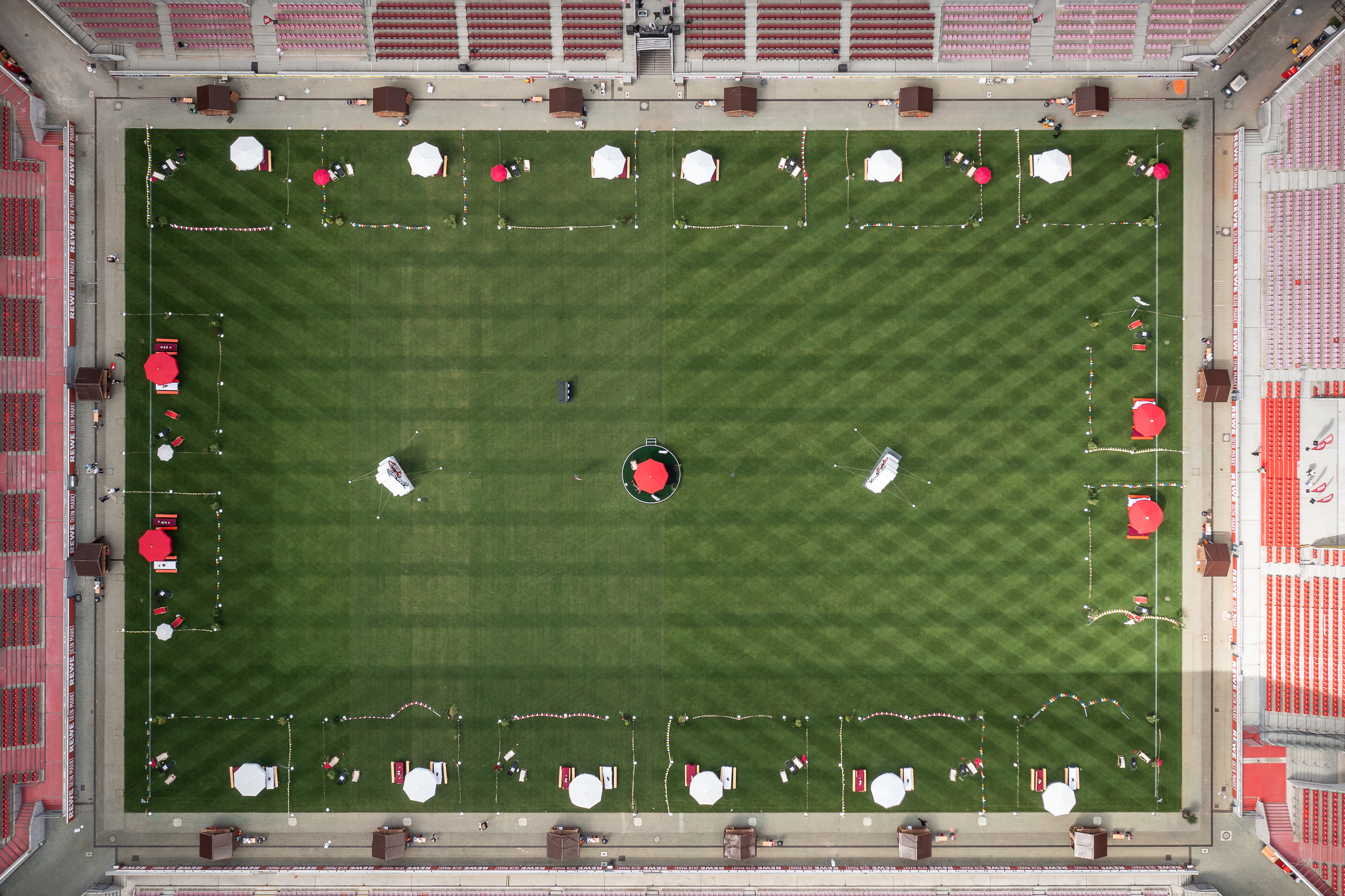 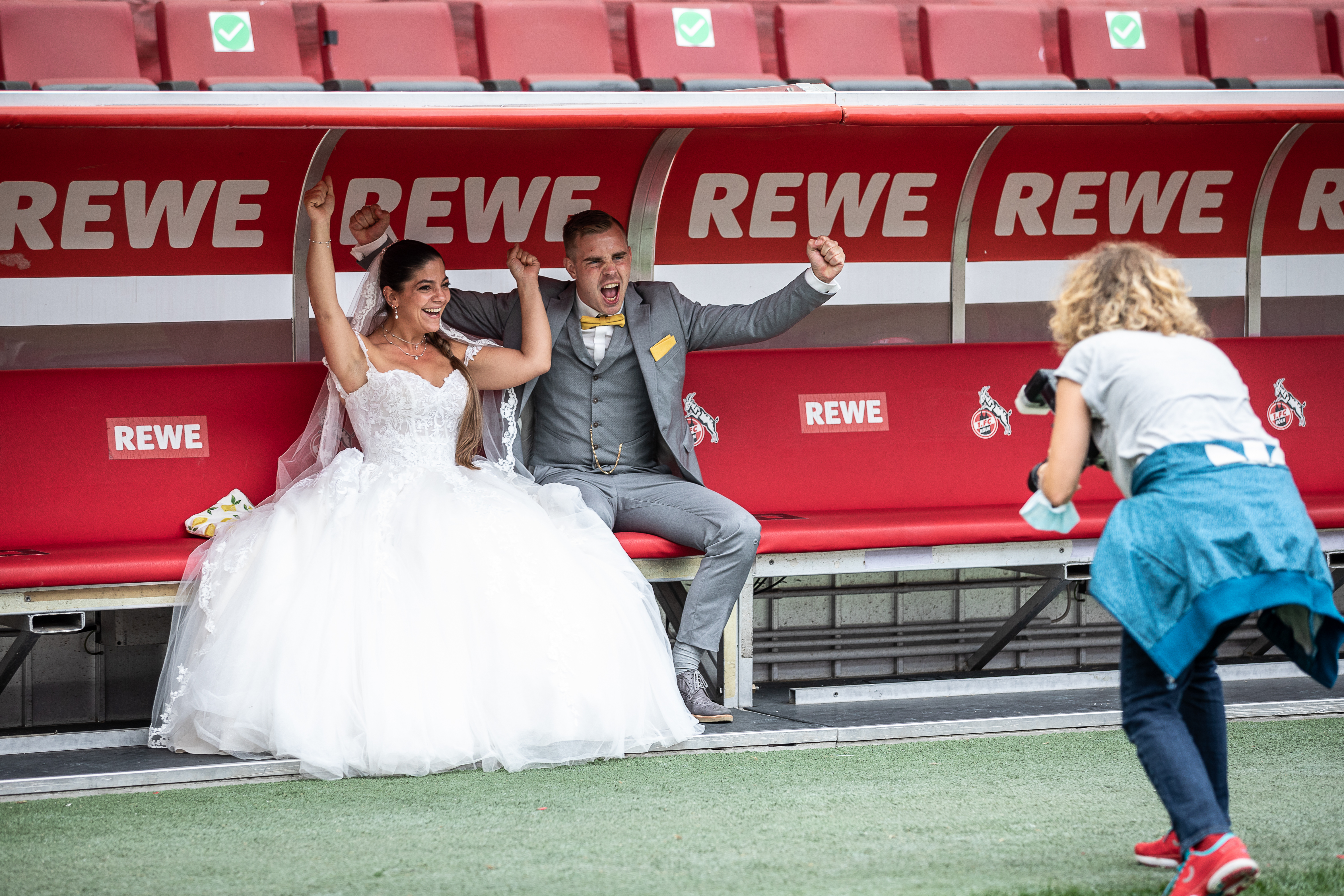 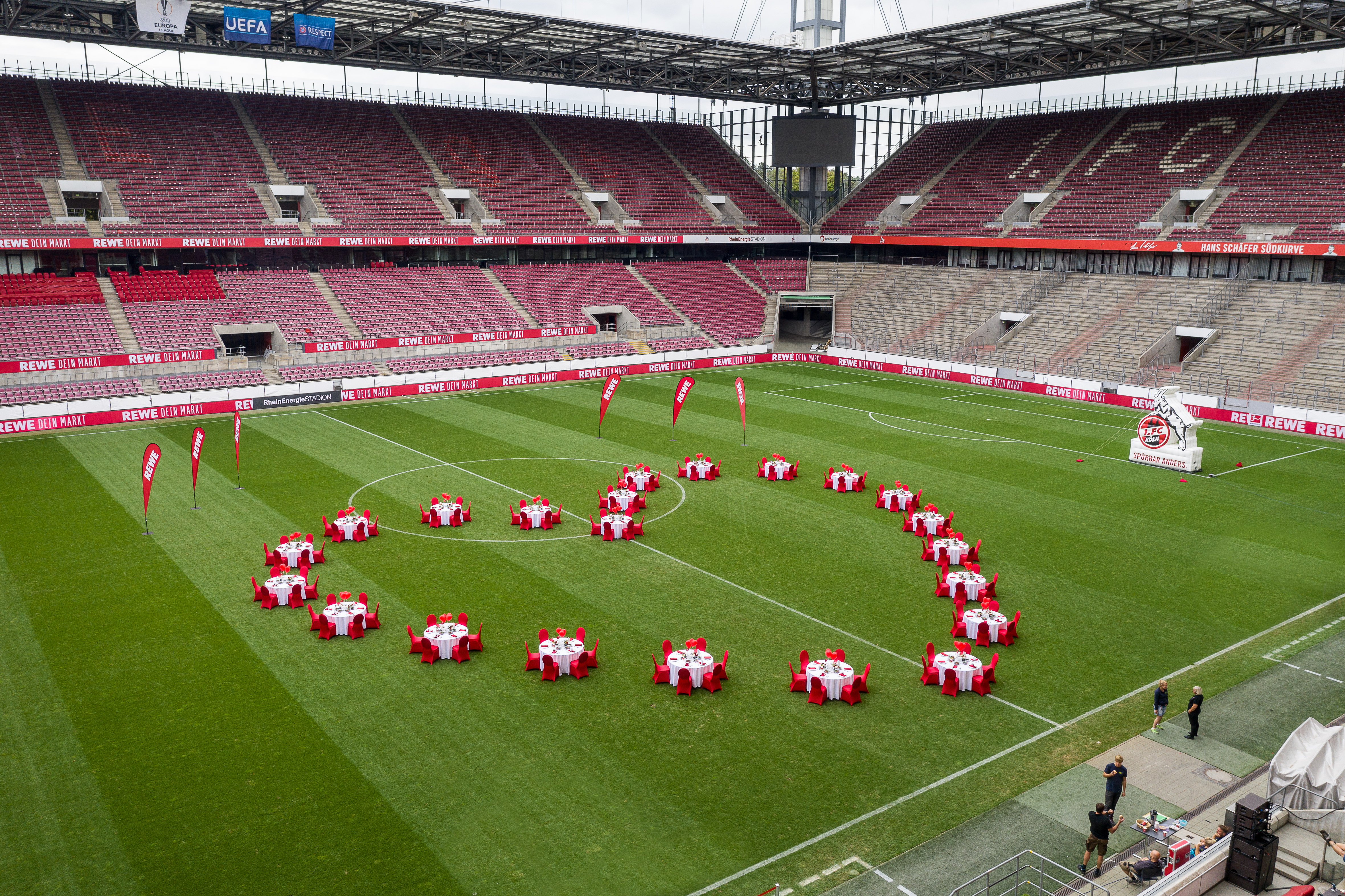 The REWE Mittelkreis-Events are an annually recurring series of events launched in summer 2019. With the REWE Centre Circle Events, the brand REWE is activating a special contractual right in its partnership with the football Bundesliga club FC Köln in Cologne, Germany. As the long-standing principal and jersey sponsor of the football club FC Köln, REWE is always intent on enabling the fans to have “money-can’t-buy” experiences with their club. Since 2007, the brand REWE has been engaged in a trusting partnership with FC Köln, which contributes to strengthening the bond between the fans and the club. In this context, the REWE Mittelkreis-Events provide the opportunity once a year to generate emotions by enabling very special and exclusive experiences for the fans at the RheinEnergieSTADION – FC Köln’s home ground, also affectionately referred to as their “second living room” – which no other partner can give them. Traditionally, the stadium is highly valued as a location by the fans and being allowed to step out onto the “holy pitch” adds its own very special excitement. For the past two years now, the series of events has been a fixed part of the annual schedule at the RheinEnergieSTADION and has continued to evolve and develop over the years. The basic idea of restricting each event to an exclusive group of participants has remained unchanged. This limited number of places for participating in the events are awarded in advance by way of a sweepstakes competition, meaning that it’s impossible to purchase tickets. You can find a detailed description of the thematically diverse events conceived for 2019 – 2021 in the Event Concept Guide.