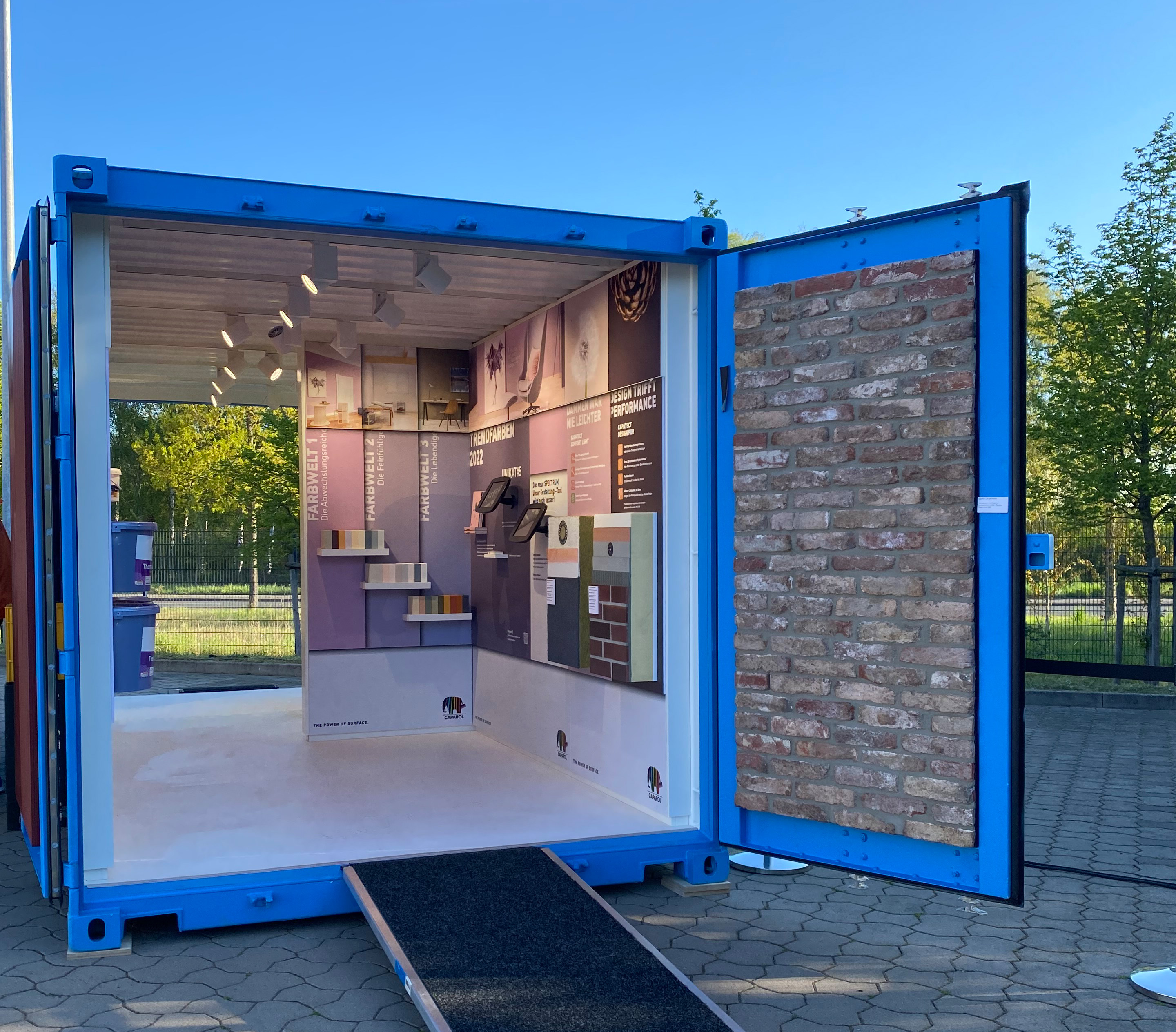 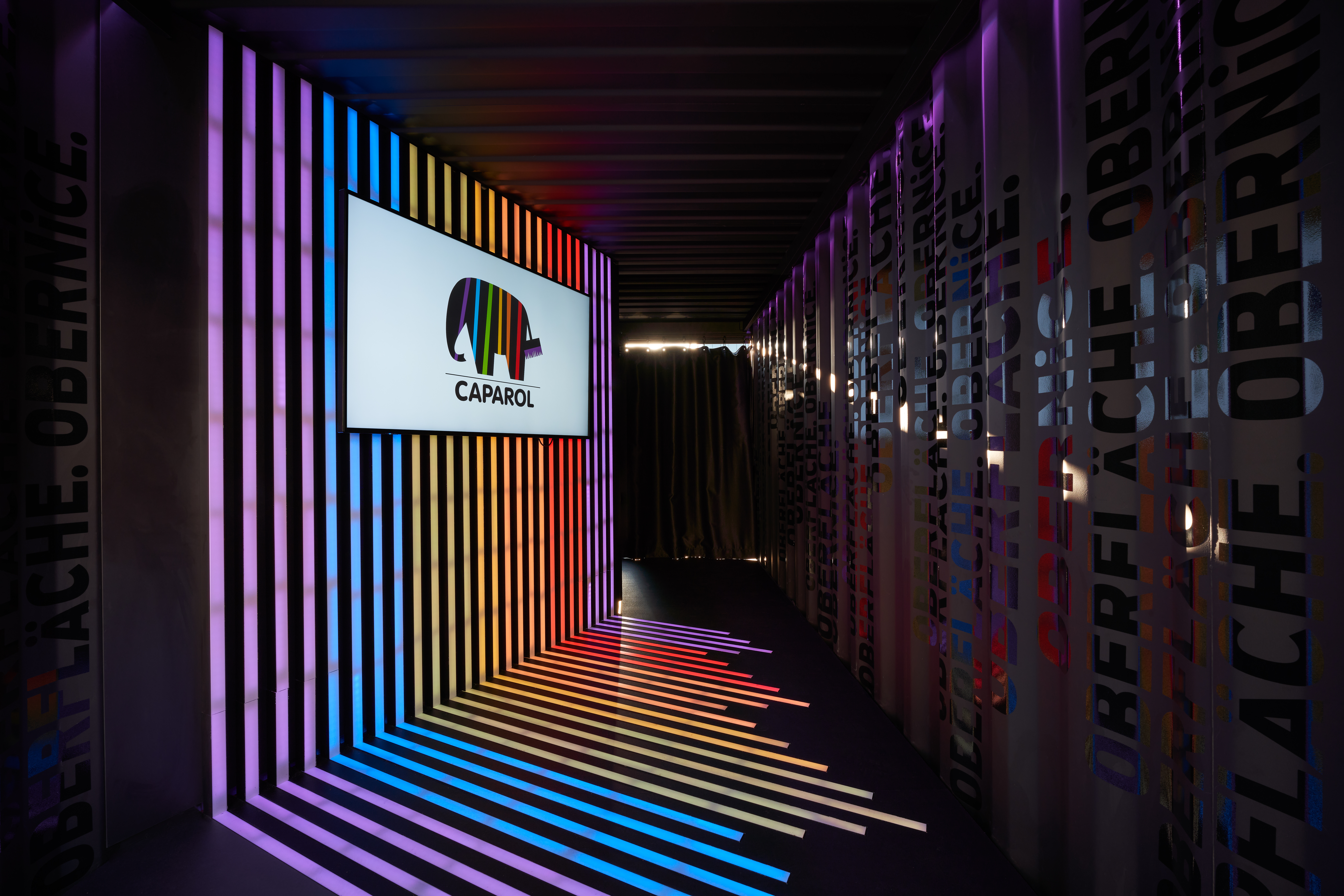 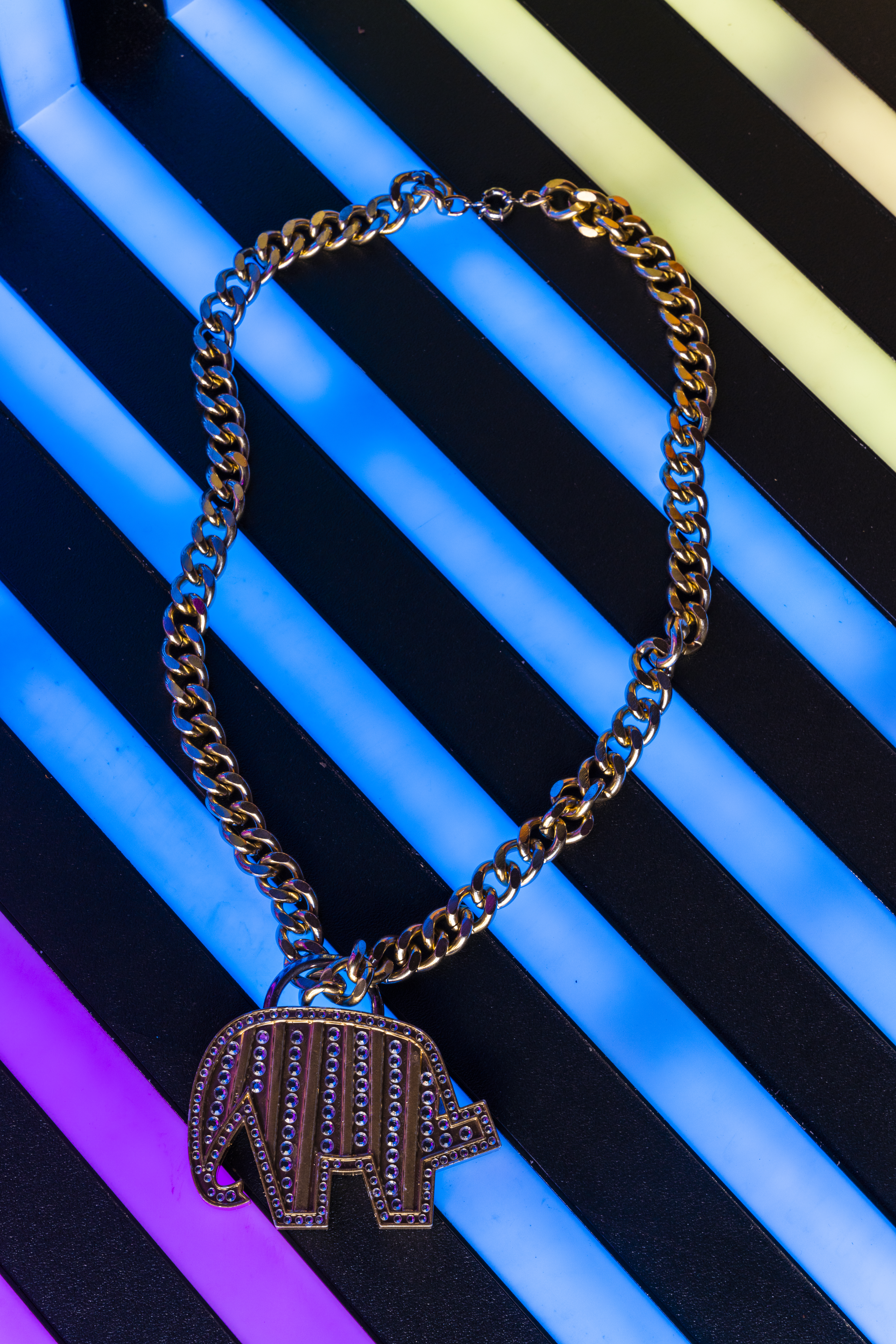 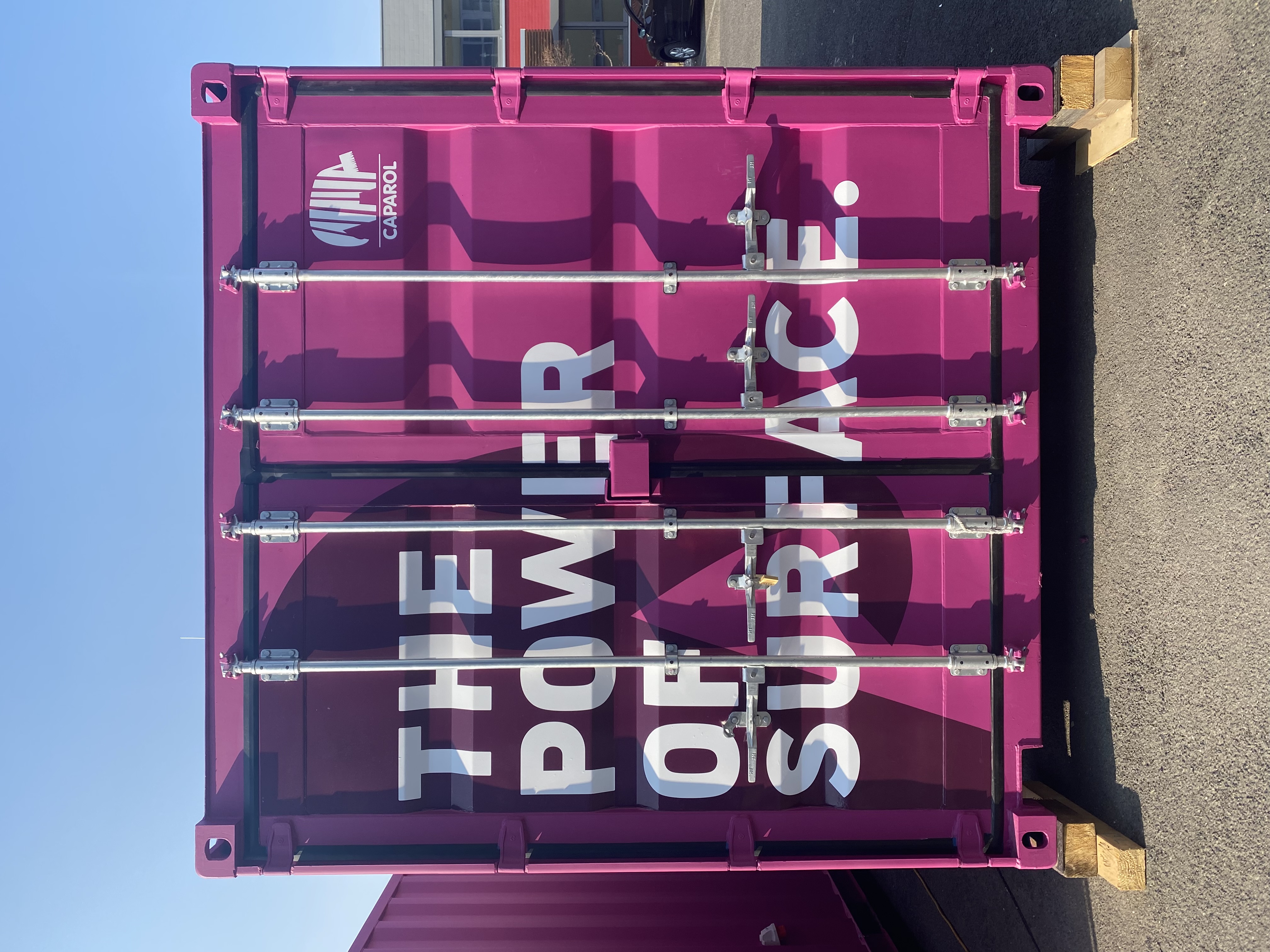 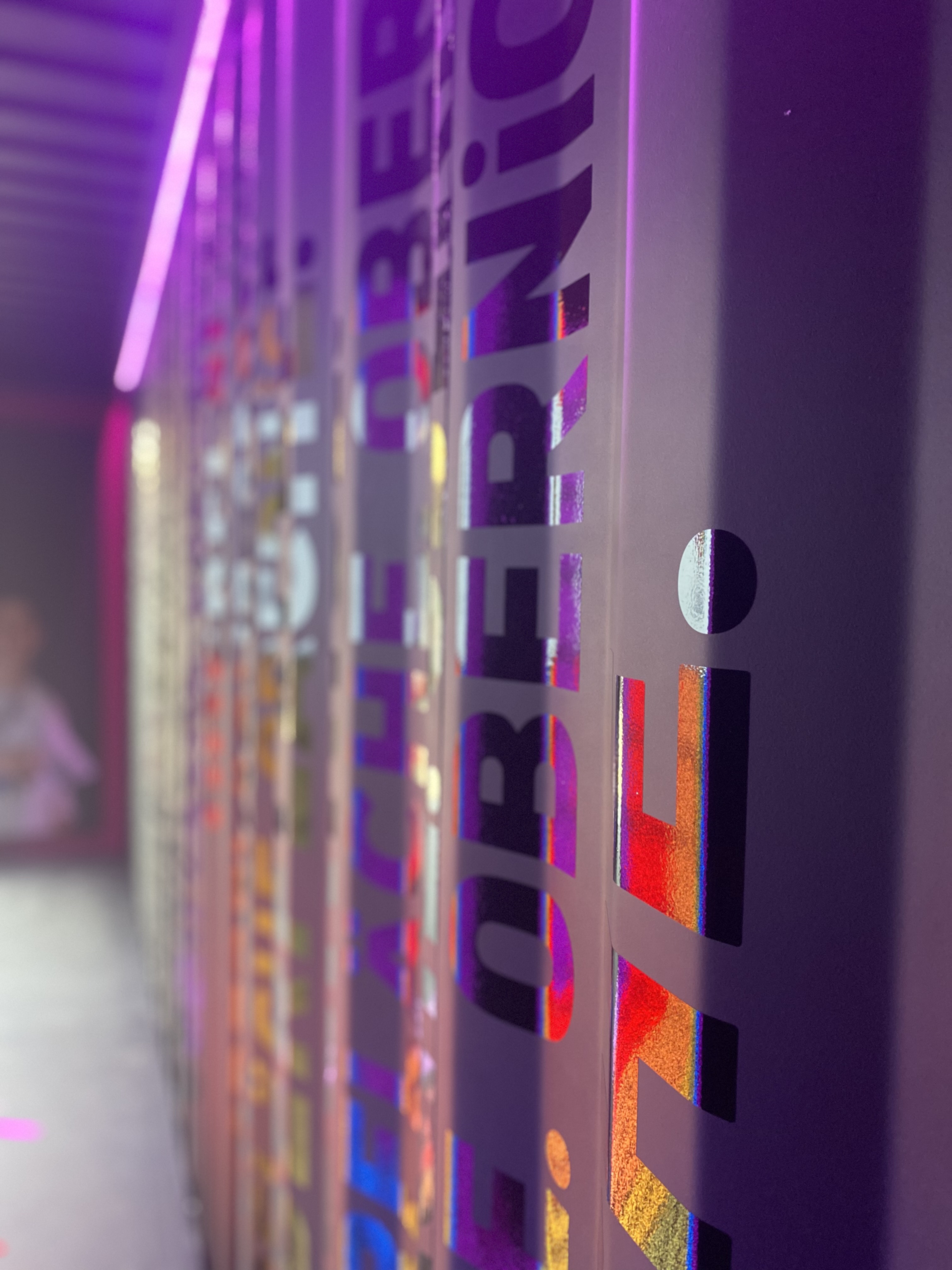 The Power Tour 2022. A roadshow at 30 locations across Germany over a period of 15 days, simultaneously in northern (including Cologne, Düsseldorf, Hamburg, Berlin and Leipzig) and southern Germany (for example Wiesbaden, Munich, Karlsruhe and Freiburg). For its client Caparol, the agency VOSS+Fischer implemented the "Caparol Power Tour" from April 25 to May 13, 2022, as part of the image campaign and the relaunch of the brand. The aim: to retain existing customers, but also to generate new customers from the painting trade sector. The guiding idea was also to put the spotlight on the painting industry, which is often considered as less shining, as well as to give salesmen, painters and employees from the industry a good time and appreciation and to show their importance. Due to the lack of interest from the younger generation, this target group should also be picked up with a new, fresh appearance. The concept was implemented in the form of the so-called „Lead and Love Cubes“. Within the love cube, the new image film was presented and linked with emotions, and the new identity was made tangible with all senses. The lead cube, on the other hand, offered information on Caparol's content, products and core messages. Both cubes were designed in the new corporate design. The entire implementation offered interactive elements for the participants as well as the opportunity to exchange ideas with each other or with experts. The implementation always took into account elementary topics such as demonstrating sustainable action, but was also considered whilst the conception of the roadshow. Within the three weeks, 3,200 painters and employees of the industry were reached.