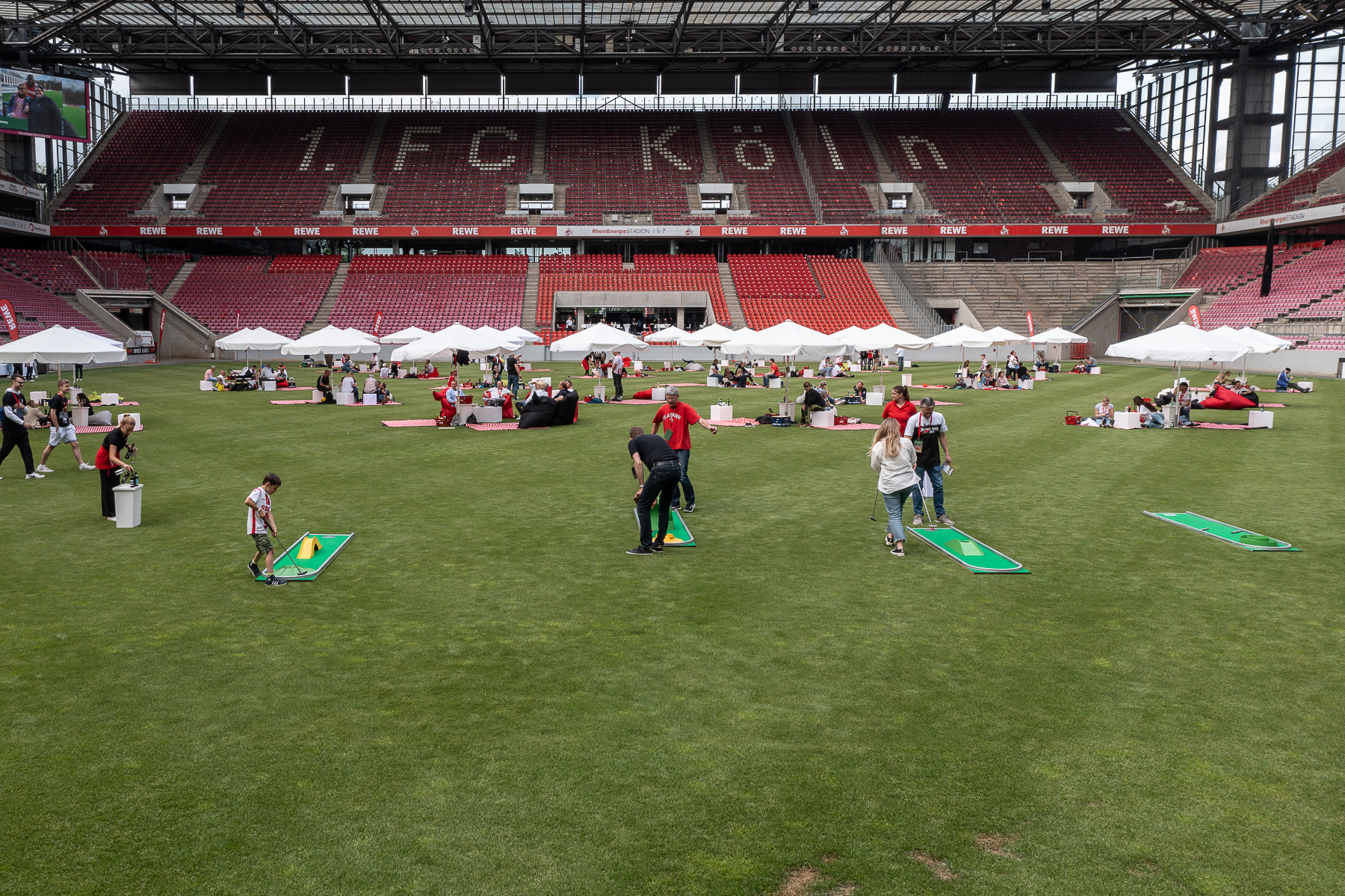 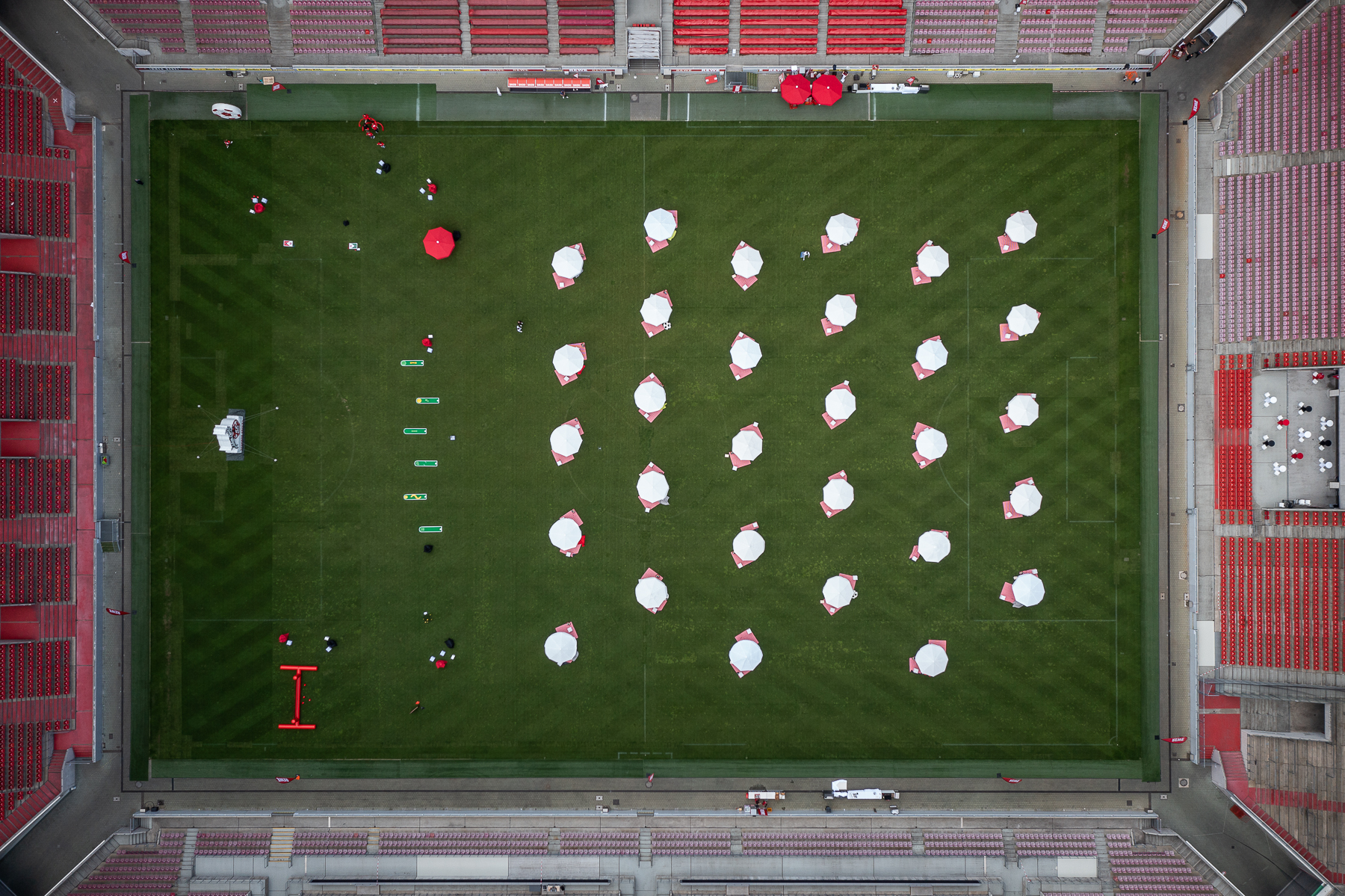 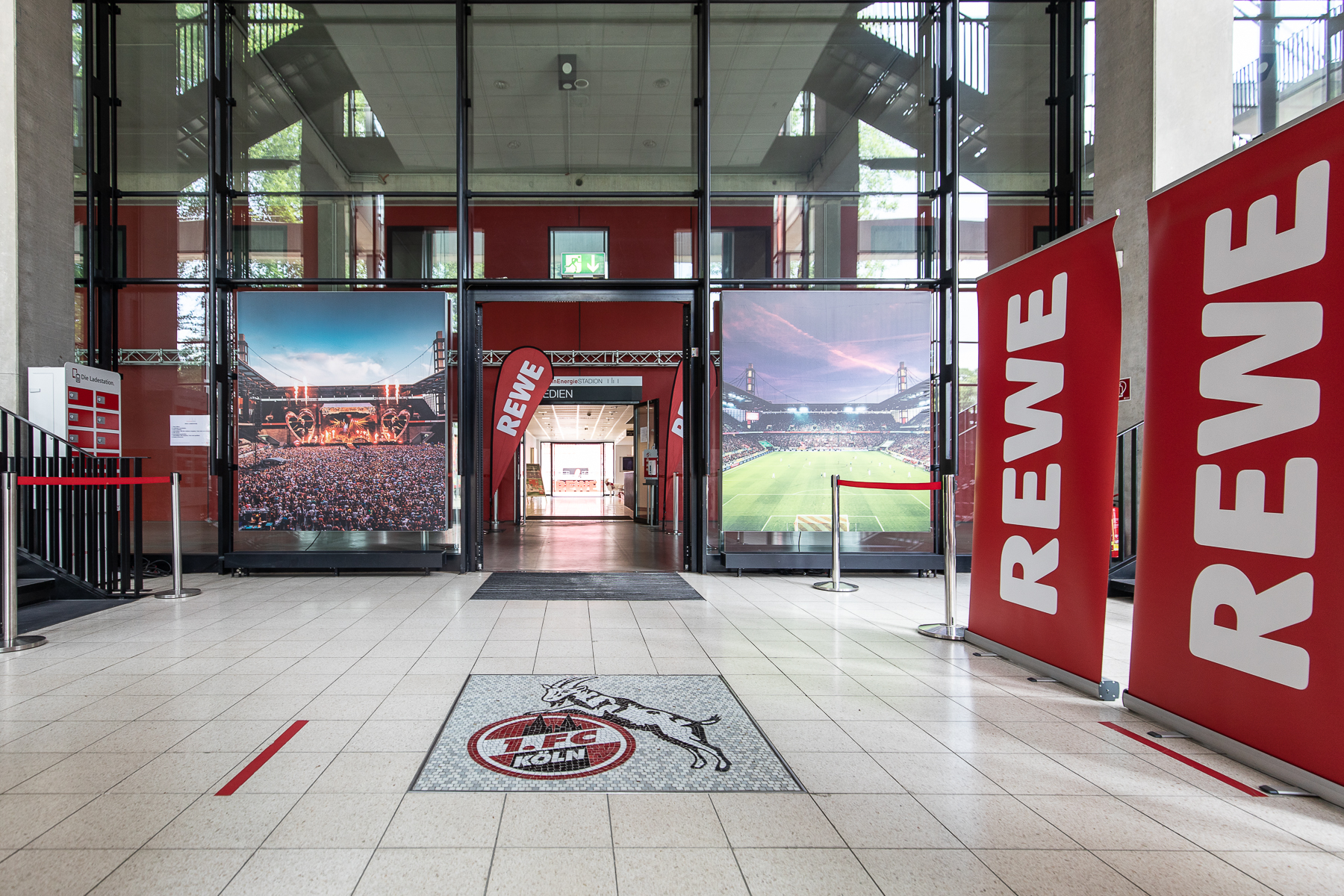 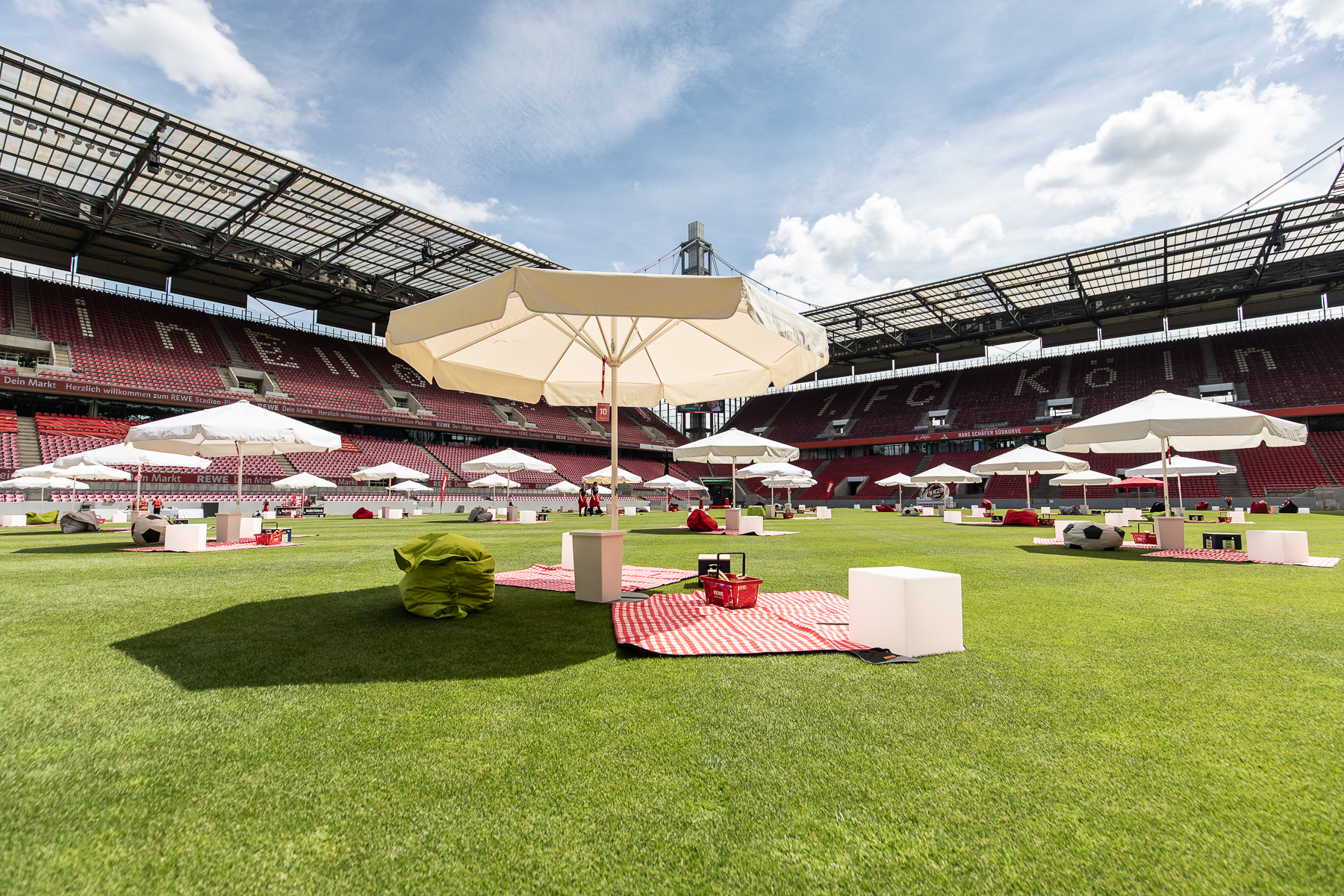 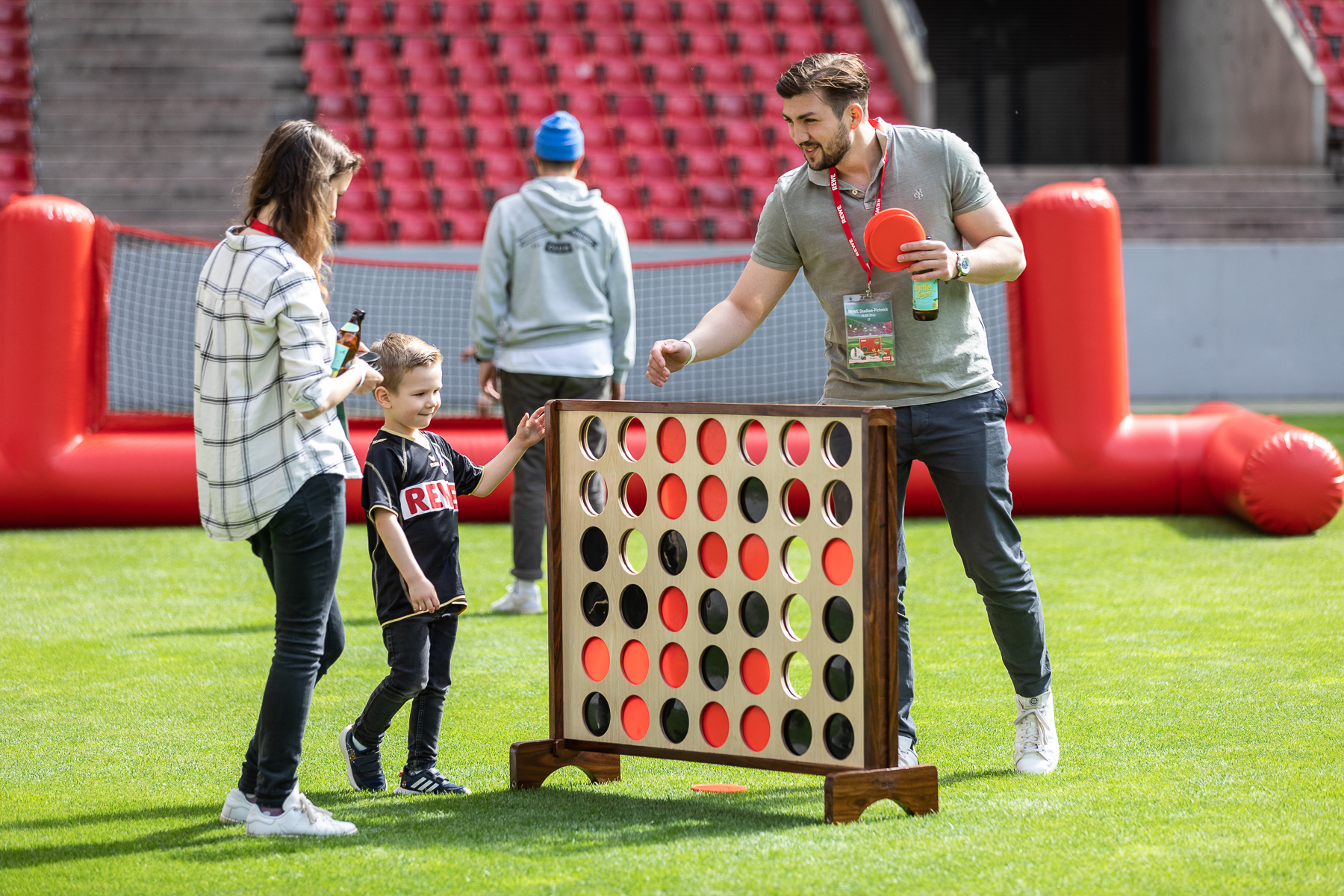 REWE Stadium Picnic The REWE Centre Circle Events are an annually recurring series of events launched in summer 2019. With the REWE Centre Circle Events, the brand REWE is activating a special contractual right in its partnership with the football Bundesliga club FC Köln in Cologne, Germany. As the long-standing principal and jersey sponsor of the soccer club FC Köln, REWE is always intent on enabling the fans to have “money can’t buy” experiences with their club. Since 2007, the brand REWE has been engaged in a trusting partnership with FC Köln, which contributes to strengthening the bond between the fans and the club. In this context, the REWE Centre Circle Events provide the opportunity once a year to generate emotions by enabling very special and exclusive experiences for the fans at the RheinEnergieSTADION – FC Köln’s home ground, also affectionately referred to as their “second living room” – which no other partner can give them. Traditionally, the stadium is highly valued as a location by the fans and being allowed to step out onto the “holy field” adds its own very special excitement. The limited number of places for participating in the events are awarded in advance by way of competitions and sweepstakes, and it’s impossible to purchase tickets. In 2022, out of > 2,700 applicants 180 FC Köln fans were given the opportunity to enjoy a picnic in the stadium. The competition determined 30 winners, who were each allowed to choose 5 companions to spend an incomparable day with them. In addition to various culinary delights, the winners were also entertained with a wide range of games equally well-suited to both a picnic and the soccer environment.