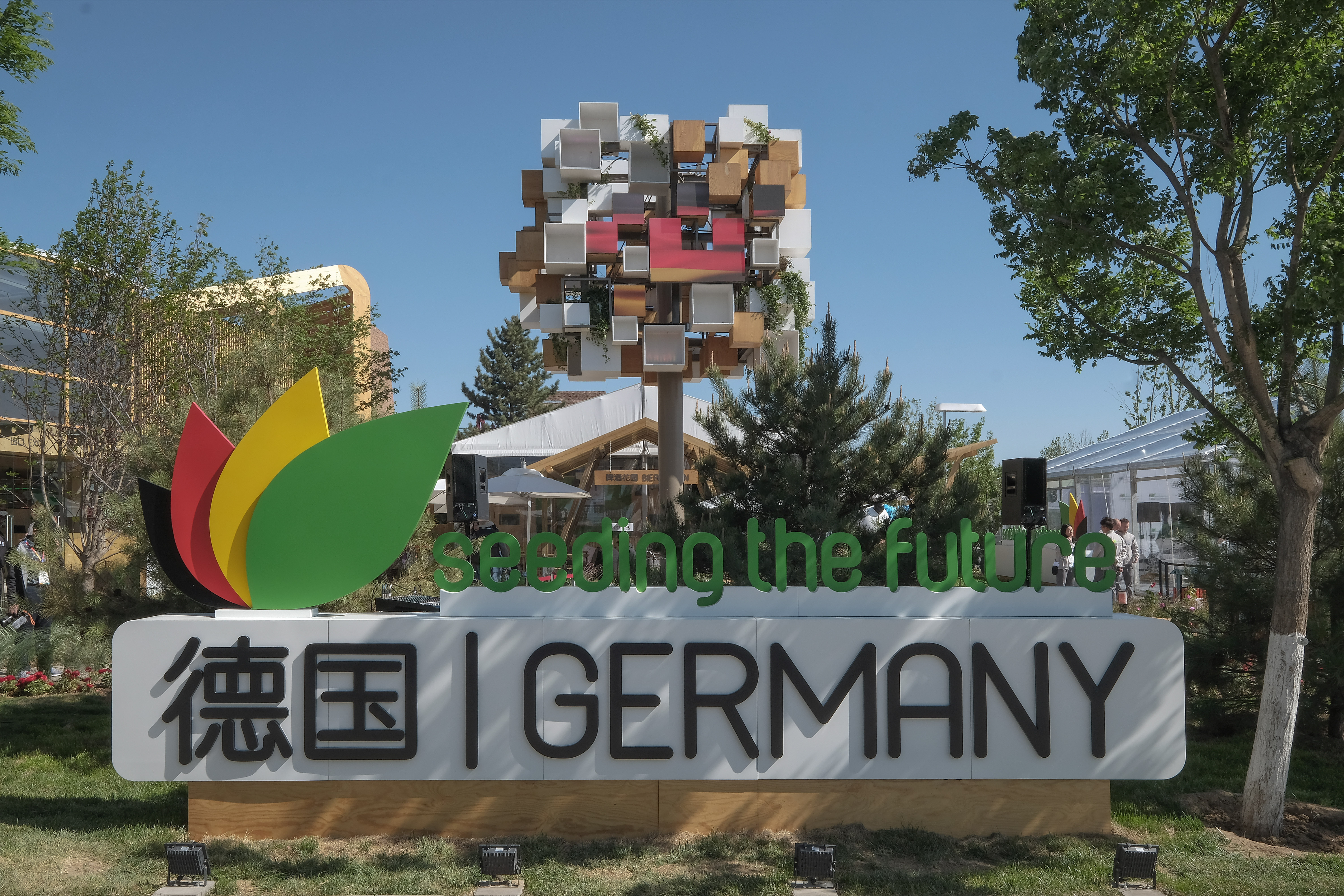 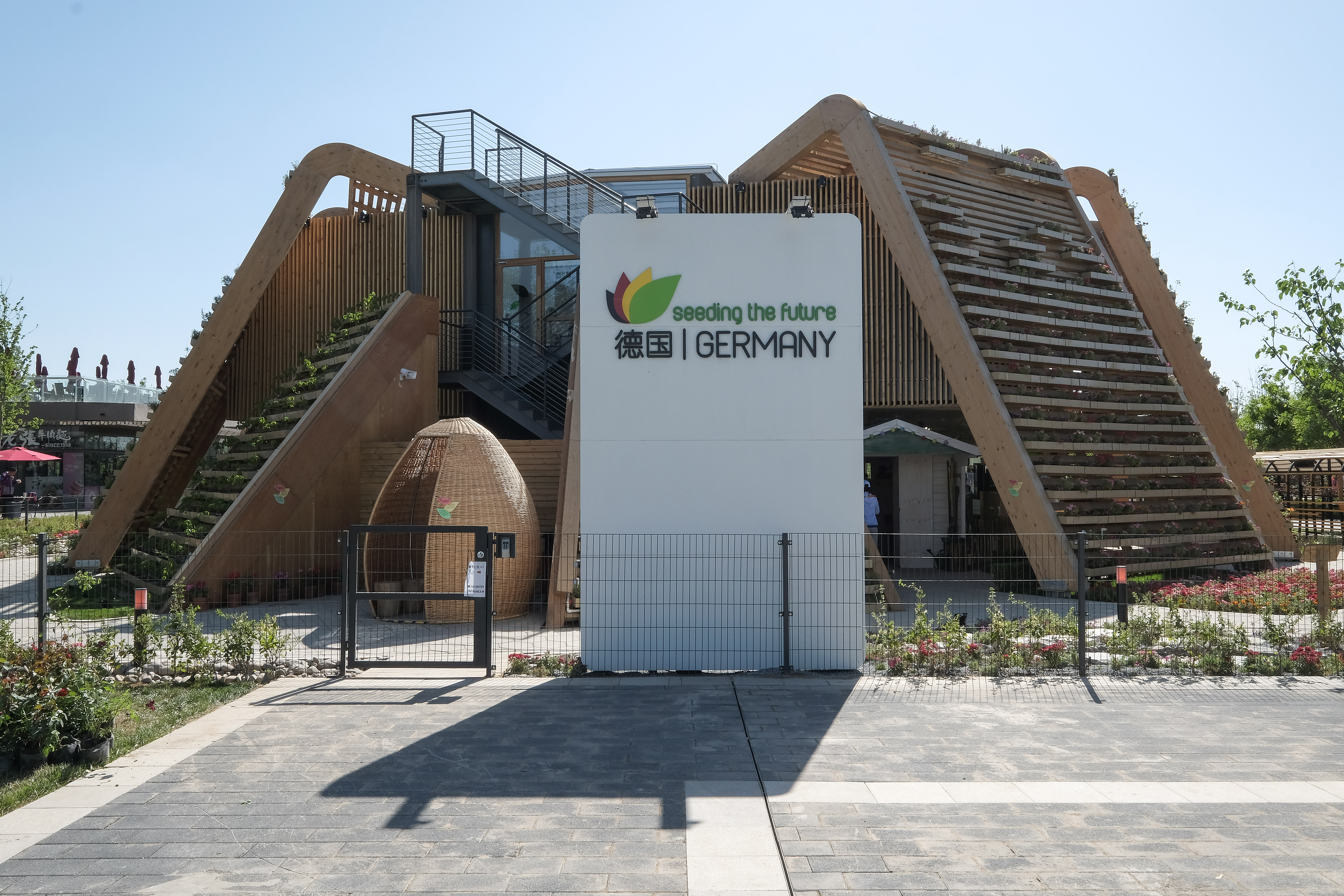 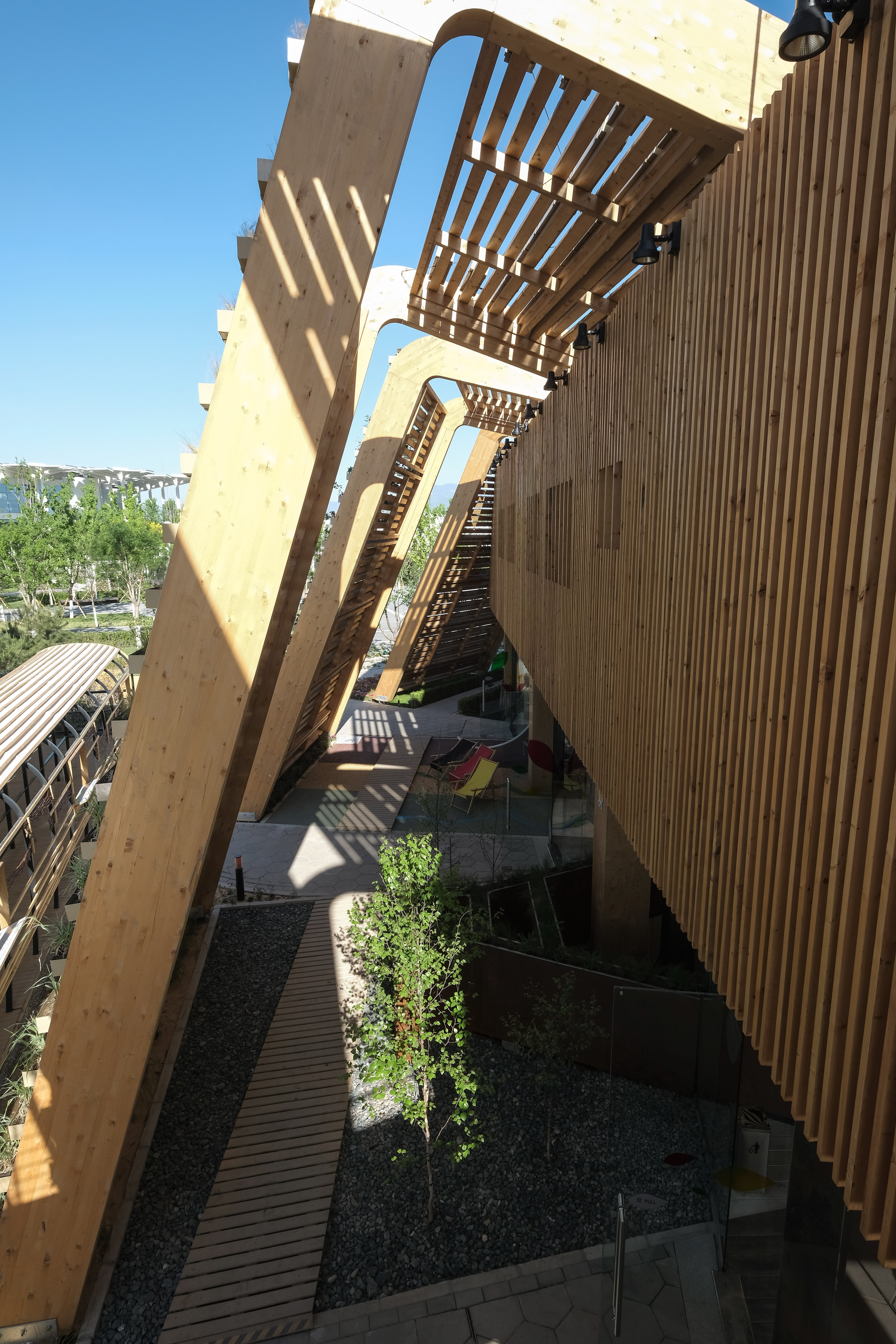 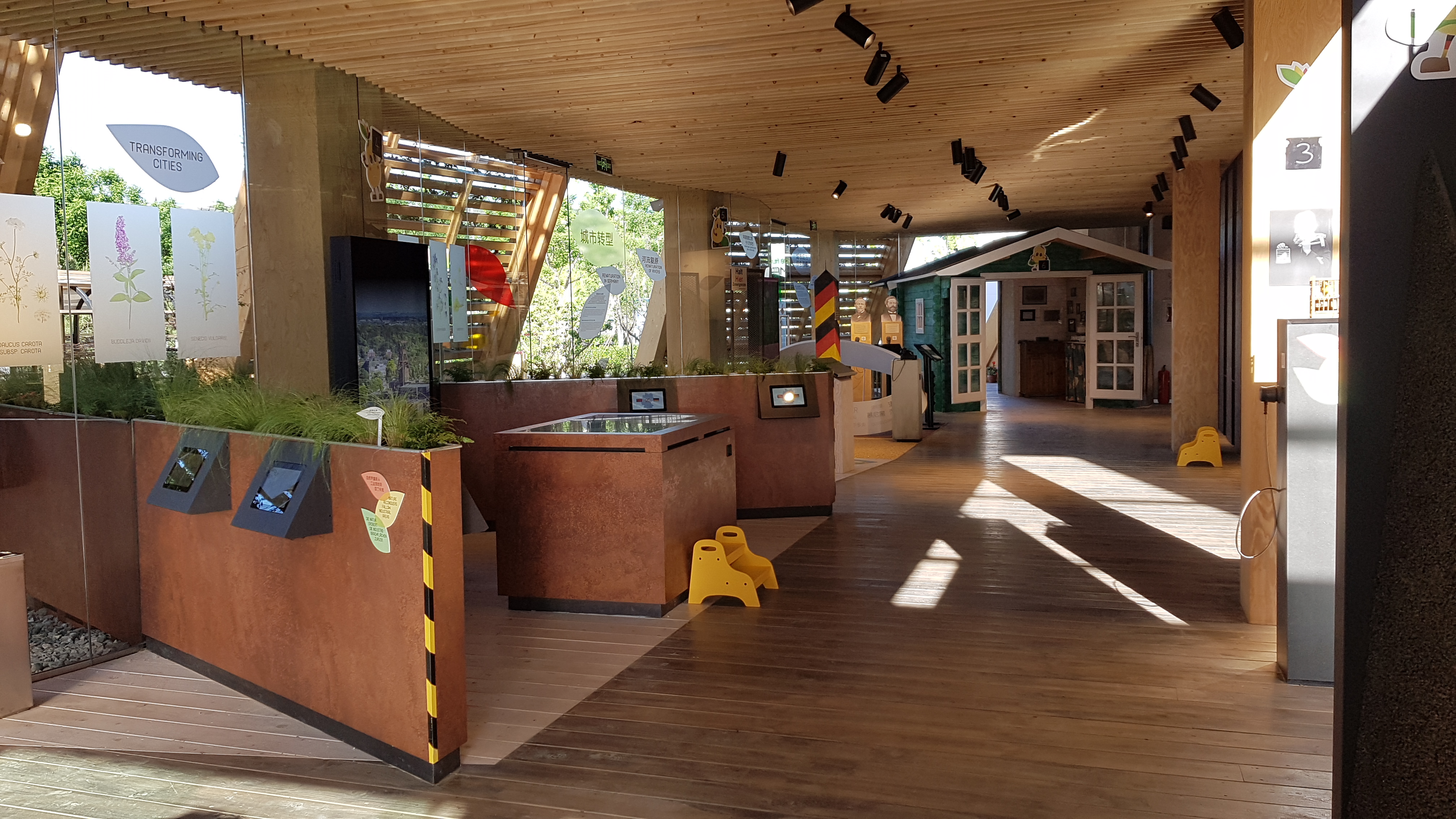 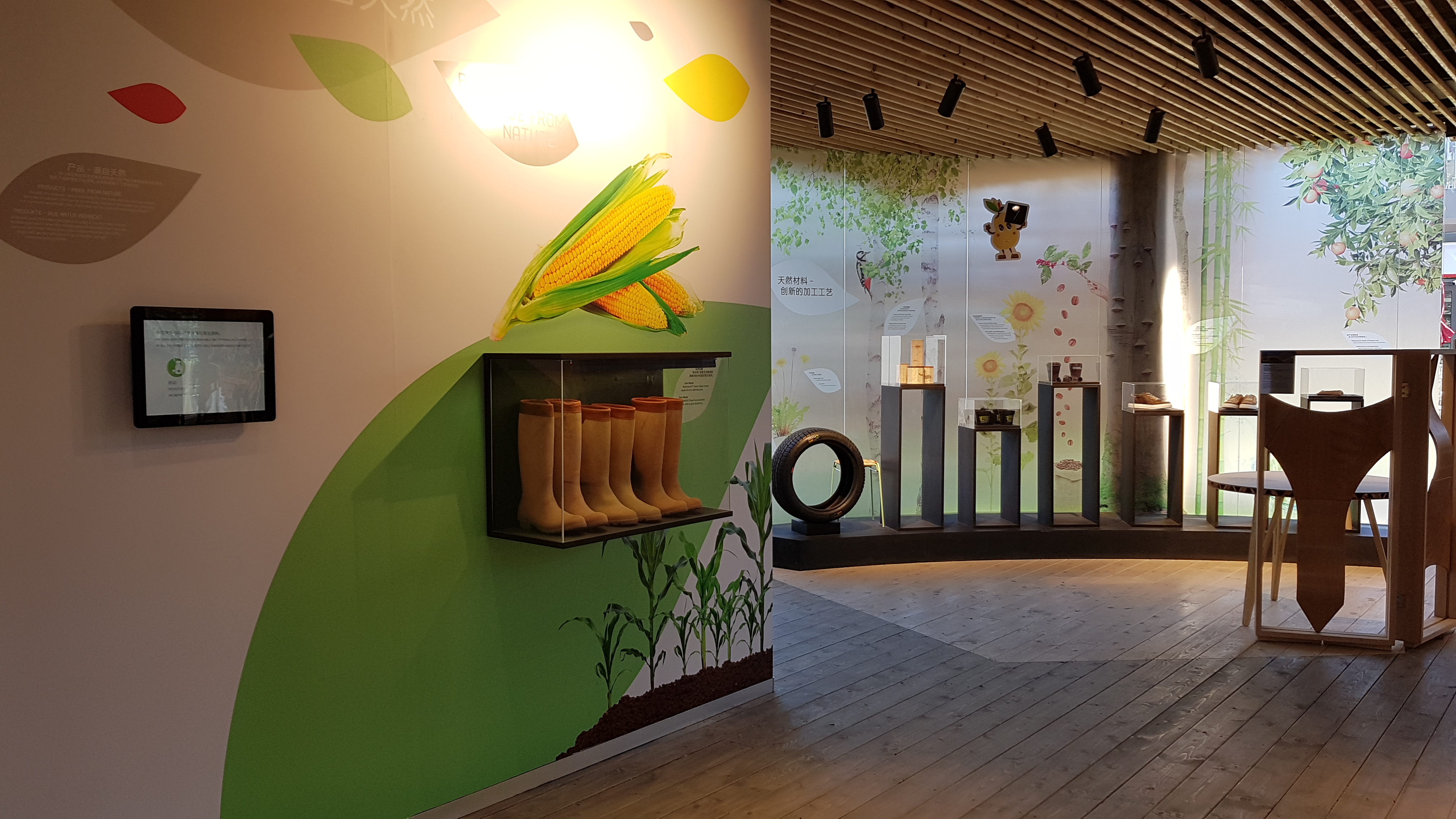 "Seeding the Future" contains an activation component and clearly implies the task of shaping the future positively through the actions of humanity. The analogy of "sowing" from the horticultural sector connects the basic statement with the theme world of Horticultural EXPO 2019. The German Pavilion at the Horticultural EXPO 2019 in Beijing is based on the idea of using horticultural inspiration and considerations in modern urban development to create high-quality urban spaces in which people can "feel more comfortable". Green oases and retreat areas that lead to people in cities experiencing a better quality of life through differentiated and well-considered urban development. The process of becoming one, of merging nature and city, is made visible by a "process of conquest" implied in the façade, which, starting from the gardens surrounding the pavilion, unites these with the temporarily erected building. The German Garden Pavilion and exhibition Wood, greenery and glazed transparency are combined in an architectural sculpture that gives the German Garden Pavilion a unique appearance. The pavilion does not appear as a building in the conventional sense but consists of views and perspectives that create curiosity and encourages a spirit of discovery in the visitors. Inner and outer spaces intertwine, plant beds flow to the inside and the actual building facade hardly is noticeable due to its transparency. The exhibition shows the achievements of German gardening and landscaping culture over the last 100 years. The trend towards greener, more human-oriented urban planning, which is also so important in China, is illustrated interactively by the German mining sites.