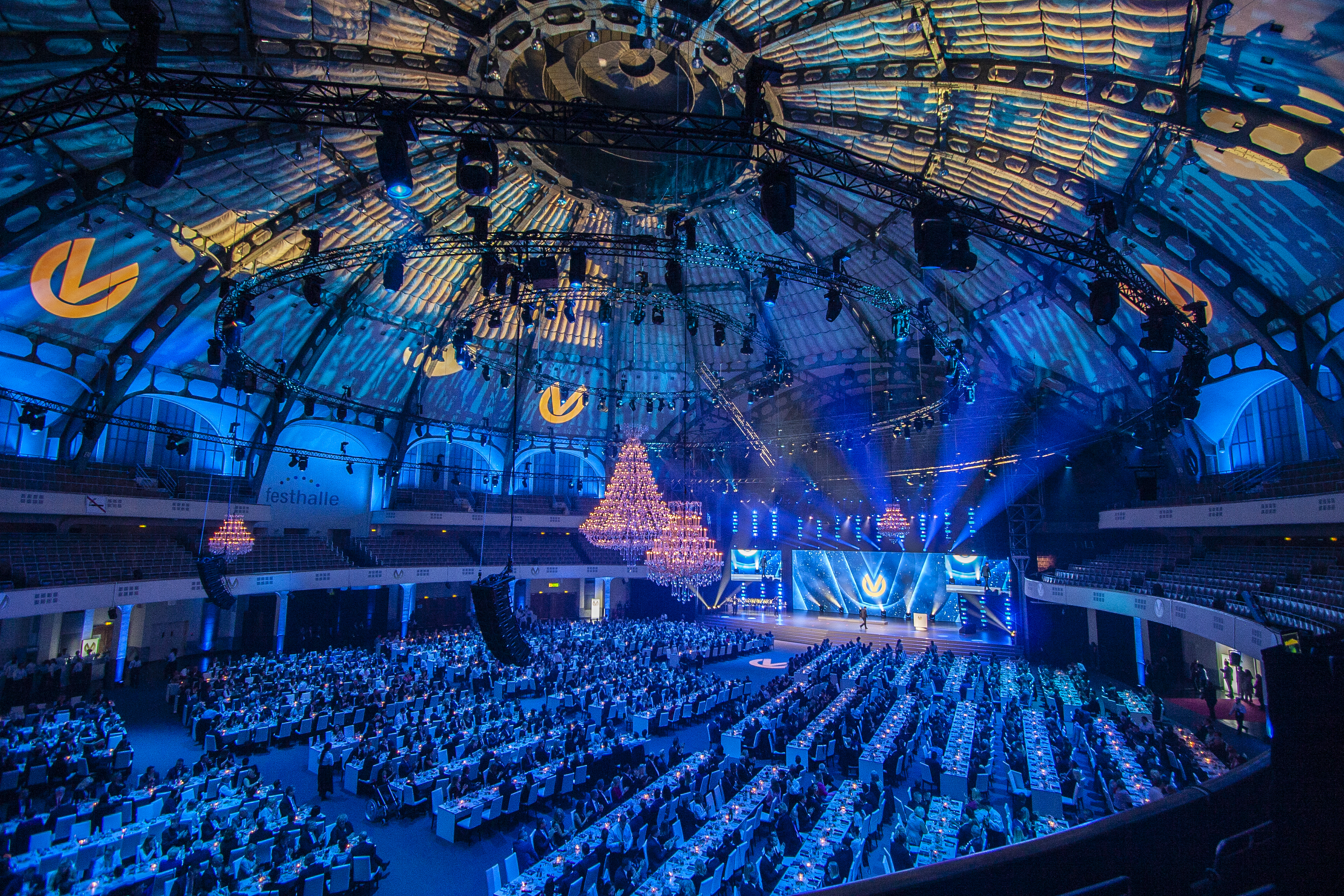 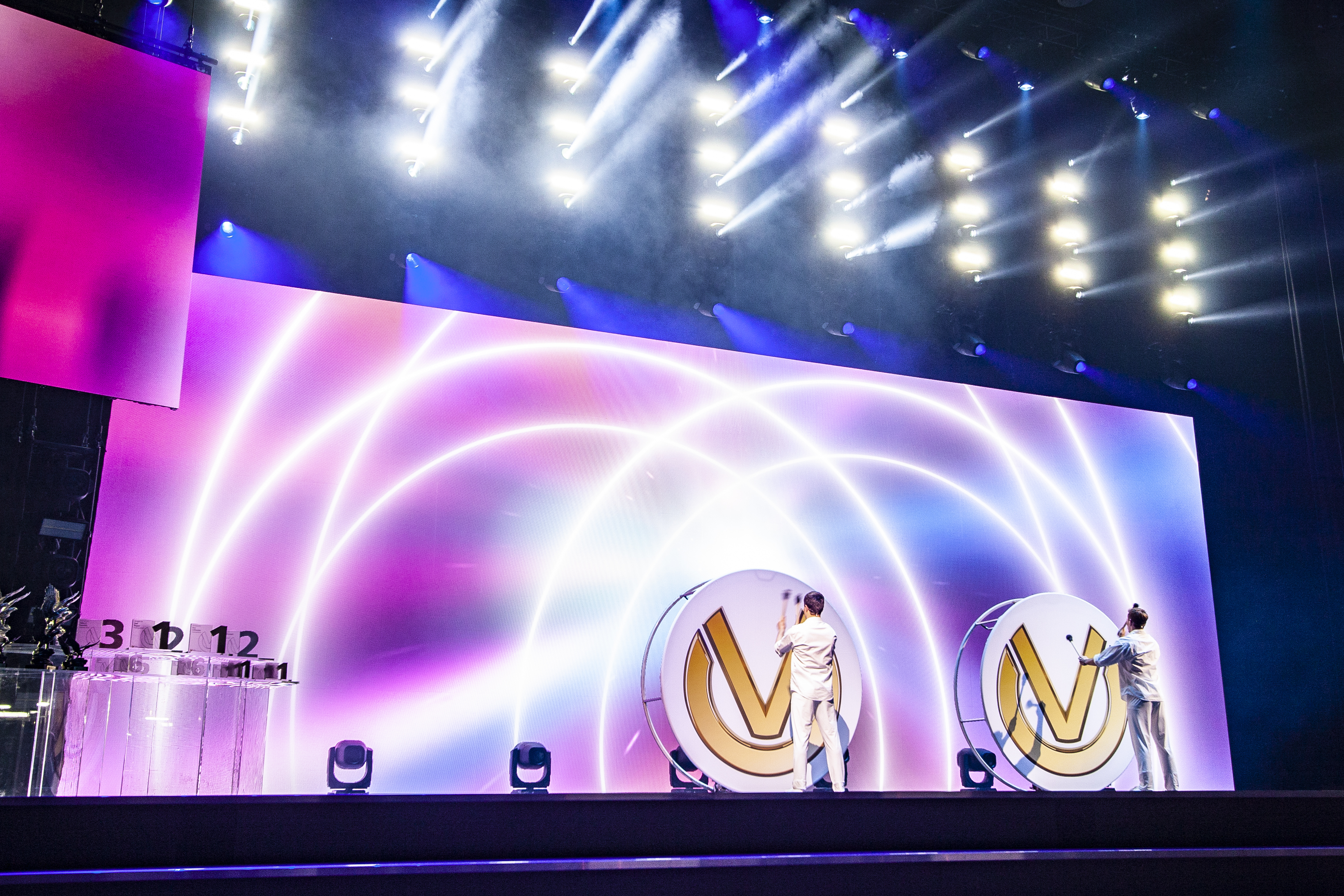 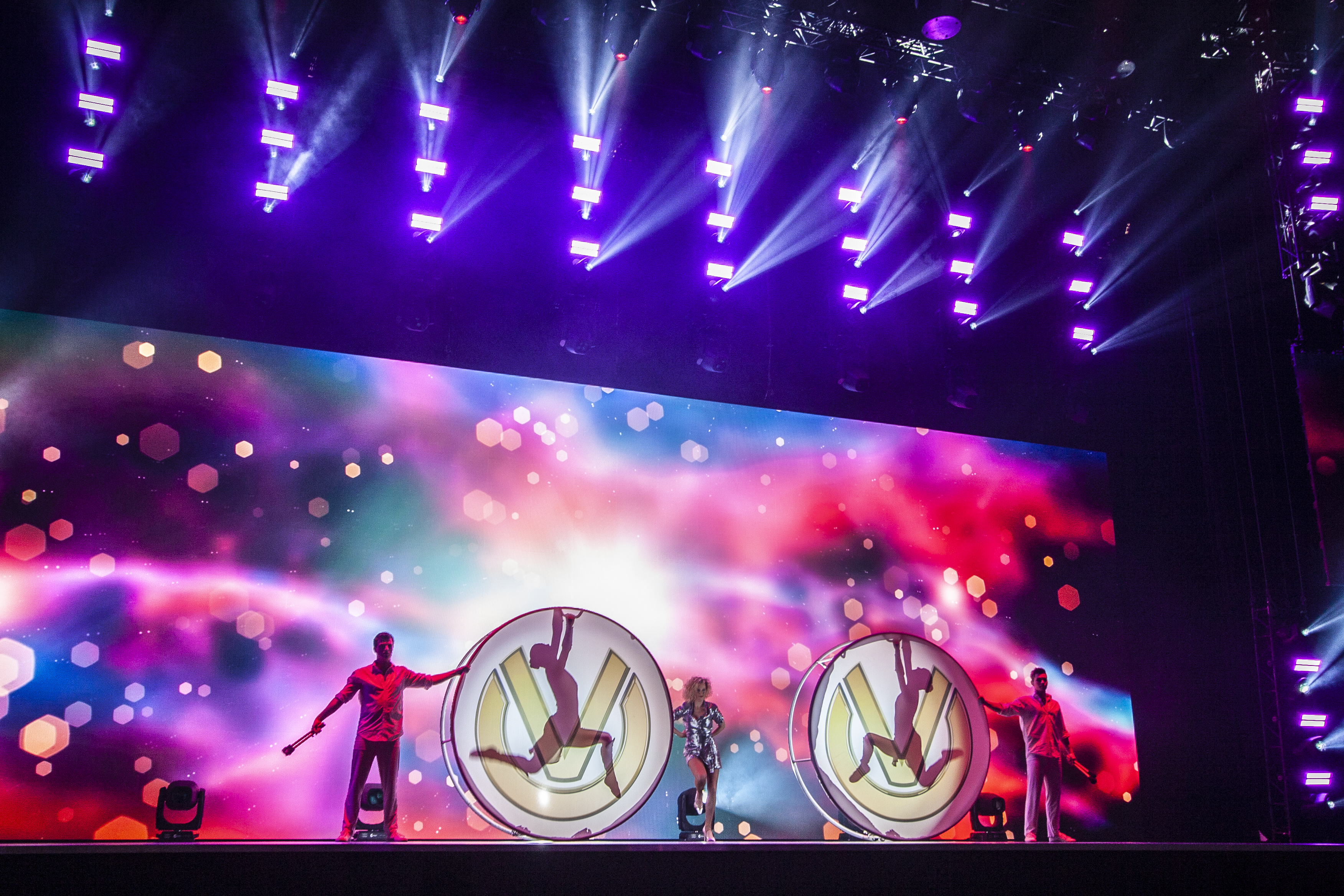 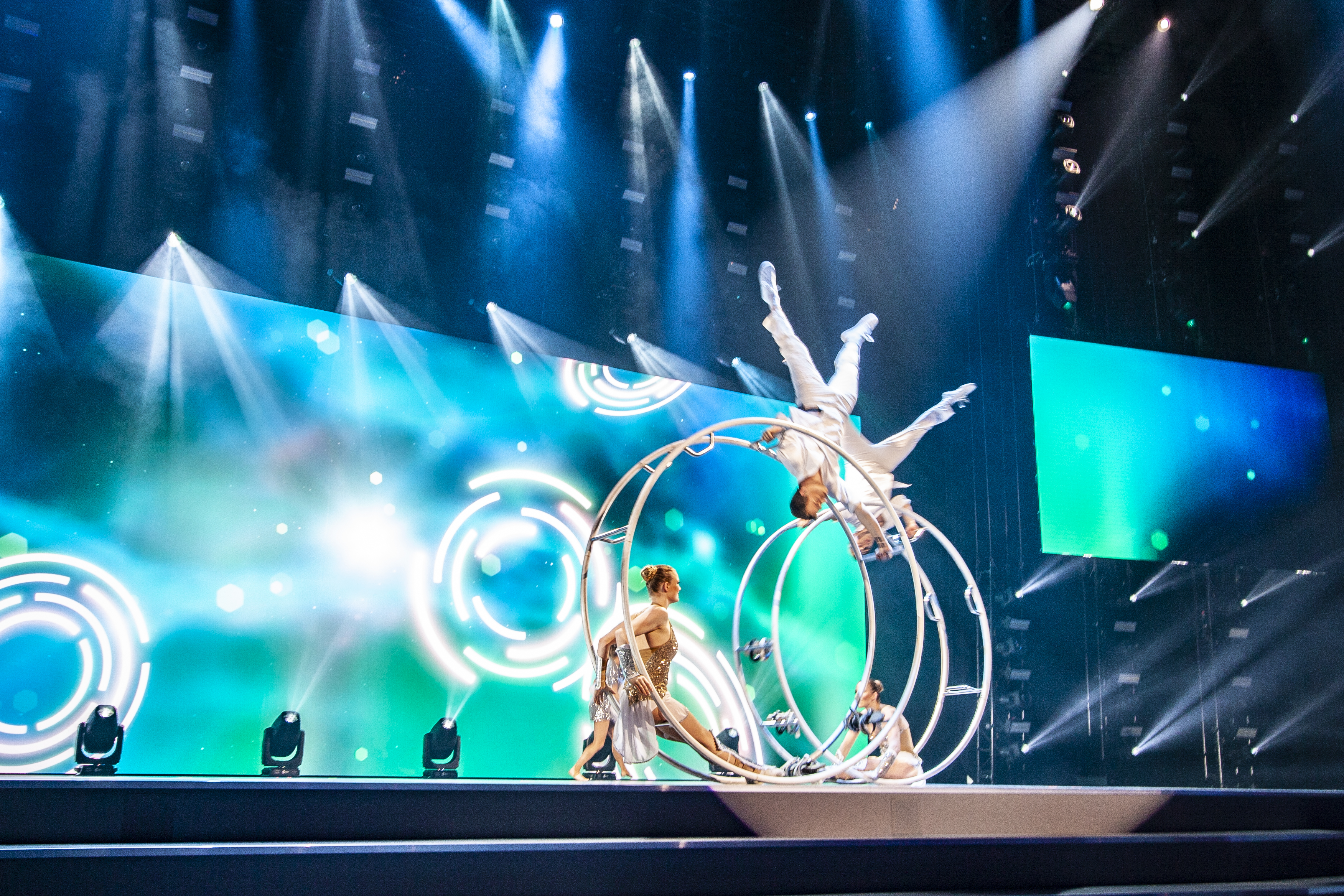 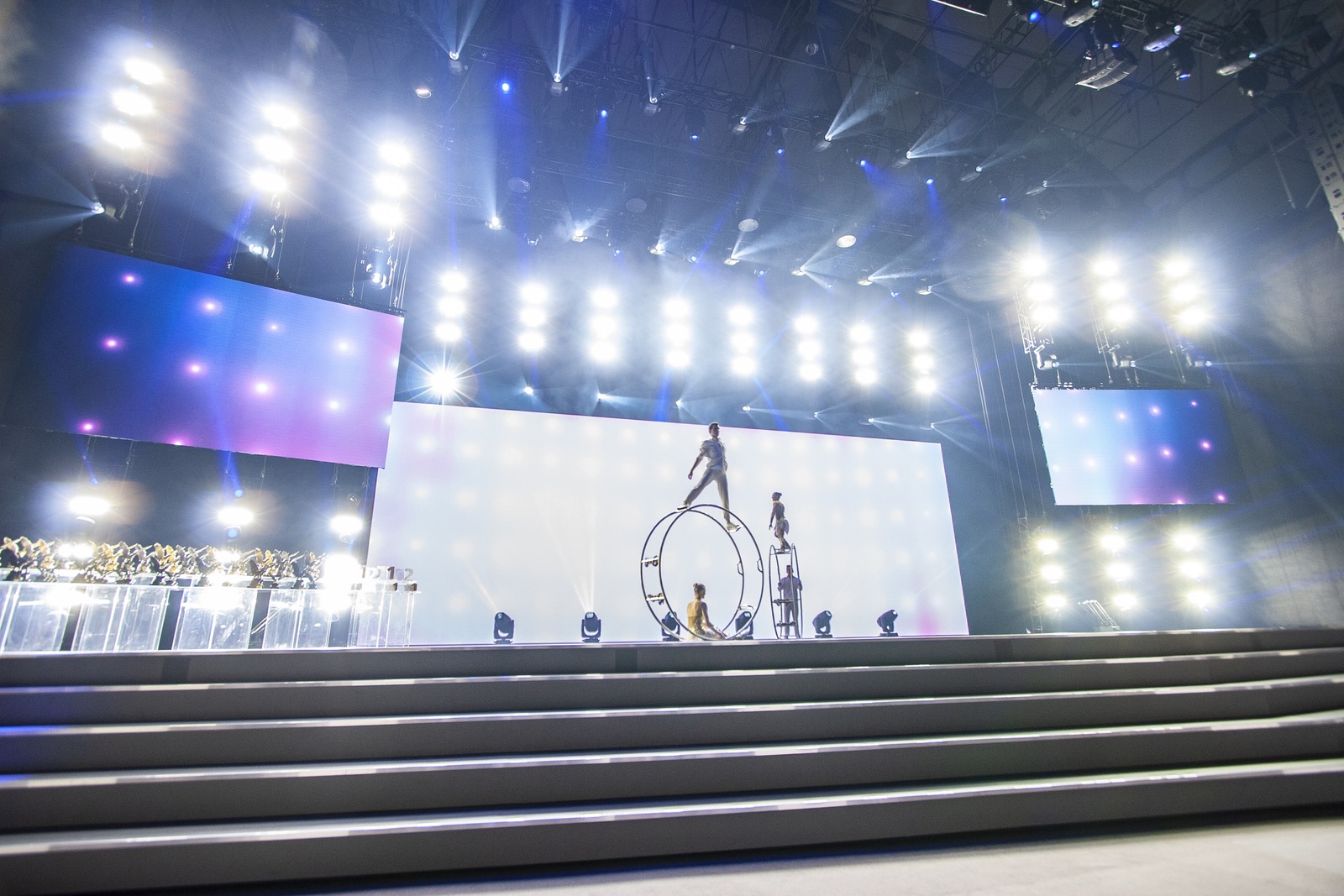 Every year the festival of winners marks the central highlight in the calendar of the Allfinanz. Embedded into a served dinner, taking place in the festive ambience of the Festhalle in Frankfurt, the company honors those who delivered extraordinary achievements throughout the past year. For the implementation of this event for 1,600 guests, Zweiplan has been responsible for creative lead and direction, for stage and media productions, for technical production, planning as well as for crew management and event direction. For the opening show act, ZP made a difference to the regular pompous stage productions. Zweiplan’s team brought an almost forgotten piece of sports equipment originating from the first days of the gymnastics movement back to life: The German Wheel. Together with gymnasts and the trainer of the national team of the German Wheel association Zweiplan developed an opening with several surprising twists. What began as a classic drumming act in the style of Japanese drummers, transformed to something new, as the drum’s membranes suddenly became transparent, revealing the silhouette of two female actors. The charming shadow play lasted only for a few moments, until suddenly the drum membranes disappeared and the guests could experience a world-class German Wheel performance with the original drummers becoming German Wheel acrobats together with their female partners. In the end of the show impressions of past events have been shown on the screen in the background of the performance, before the artists reached their final pose for the appearance of the CEO of the DVAG Group. In the Forum hall a party zone has been installed for a pleasant final of the evening. 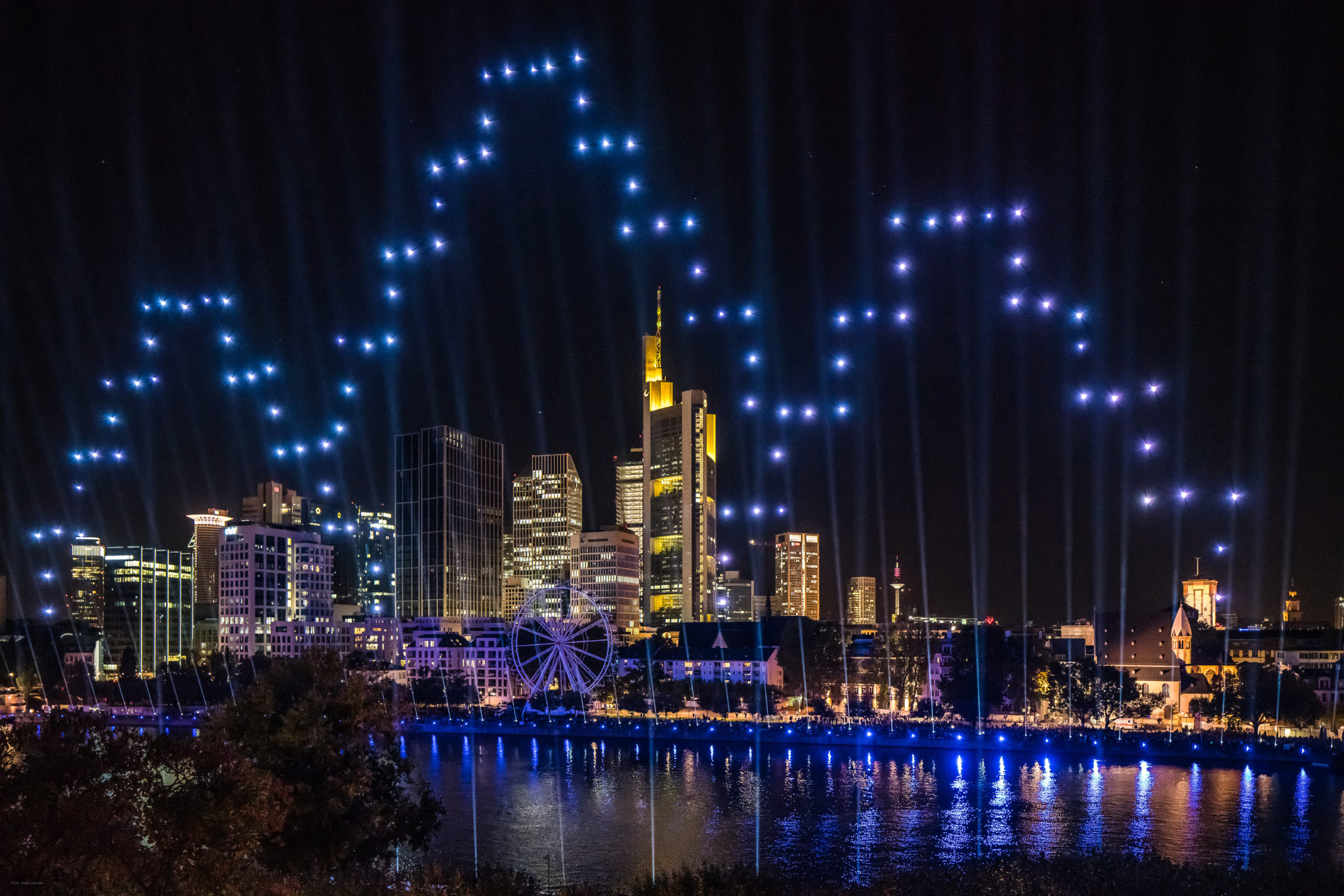 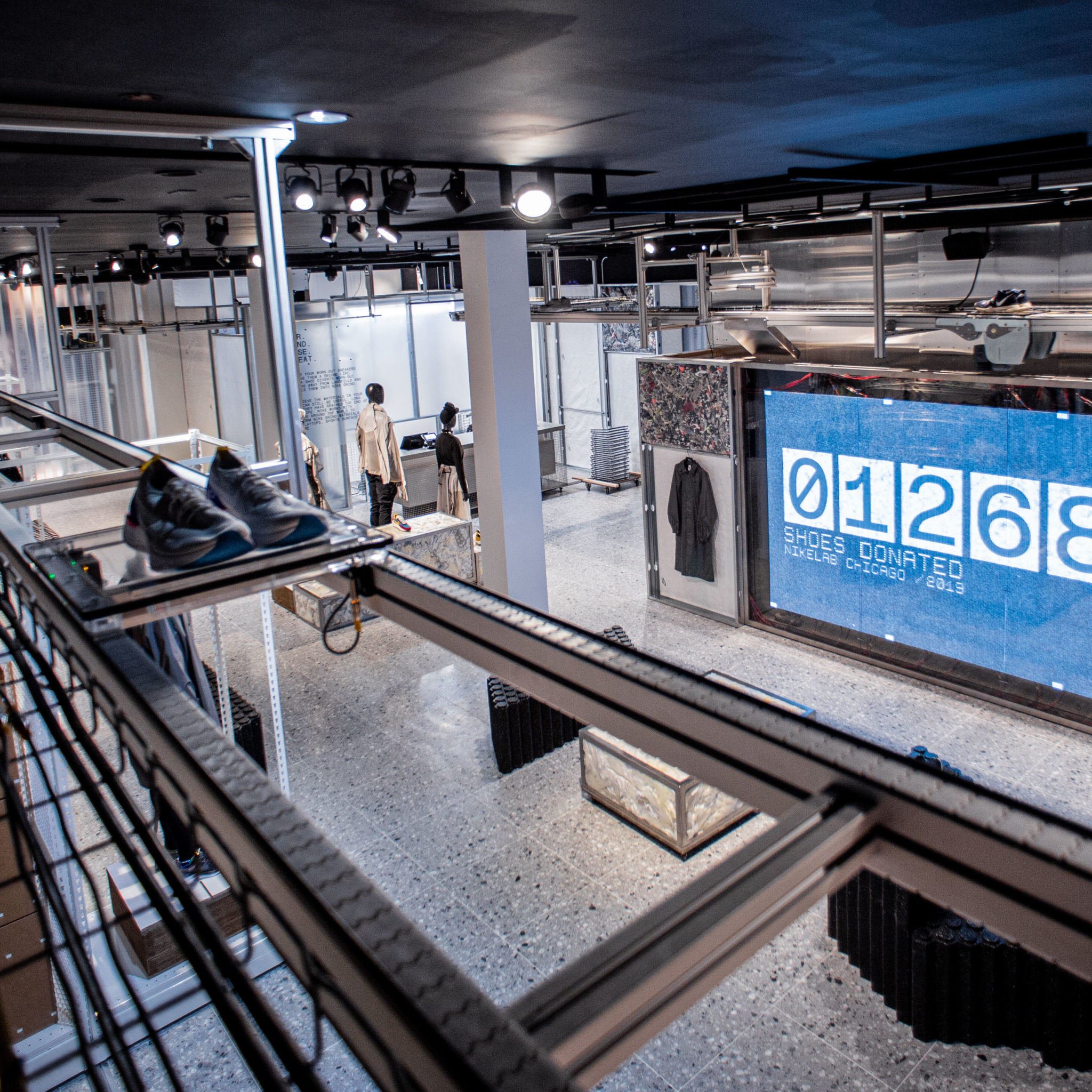