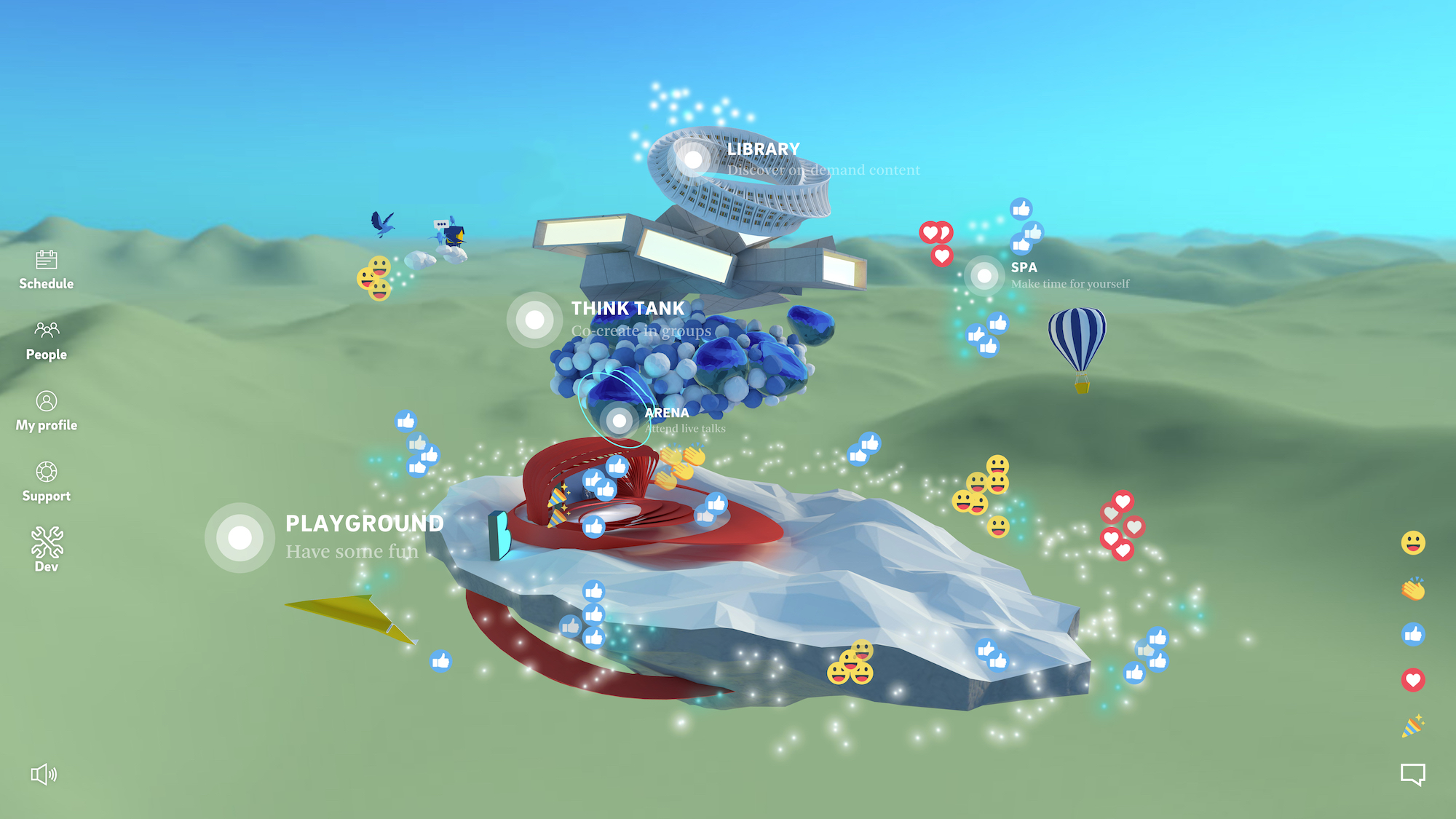 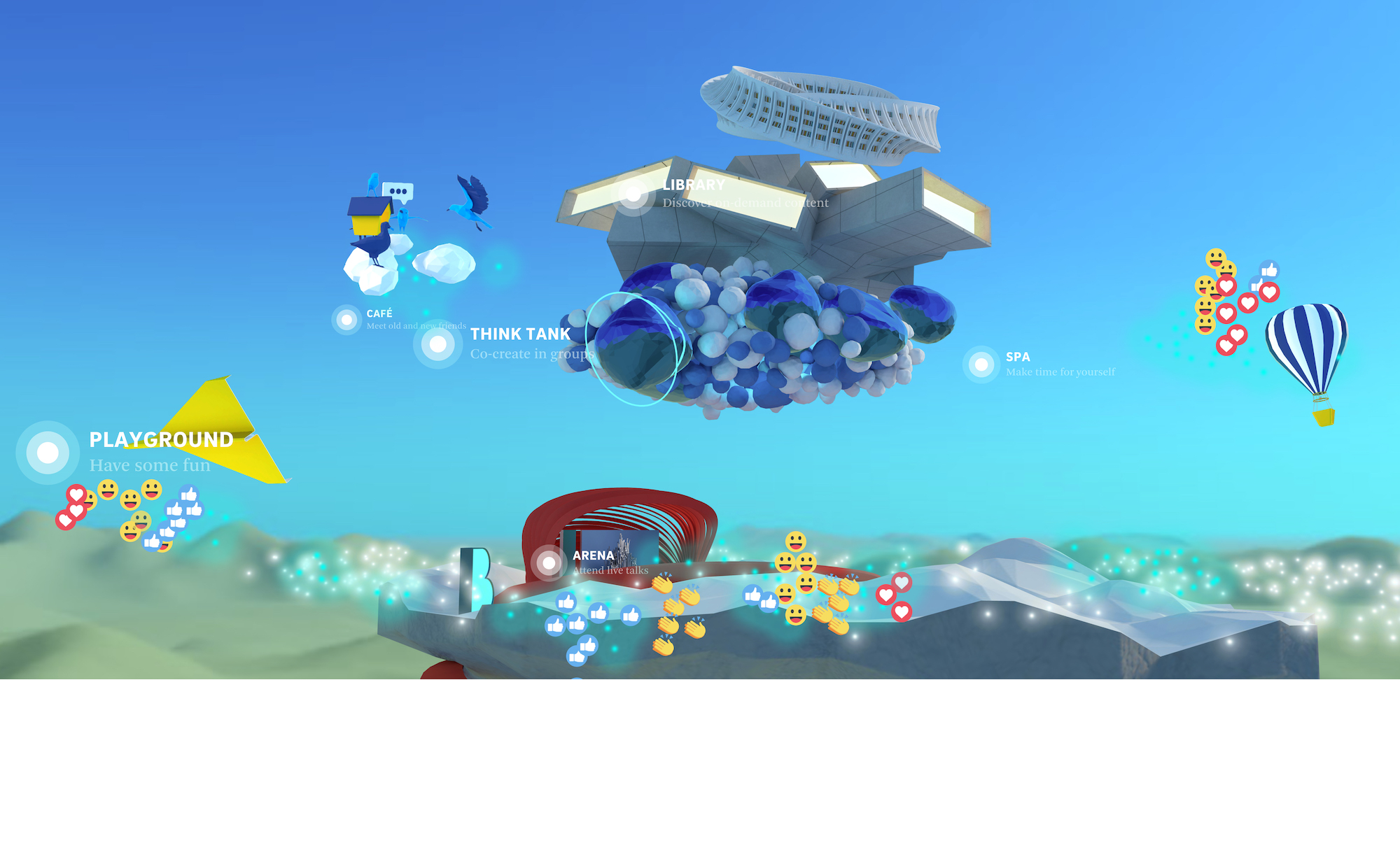 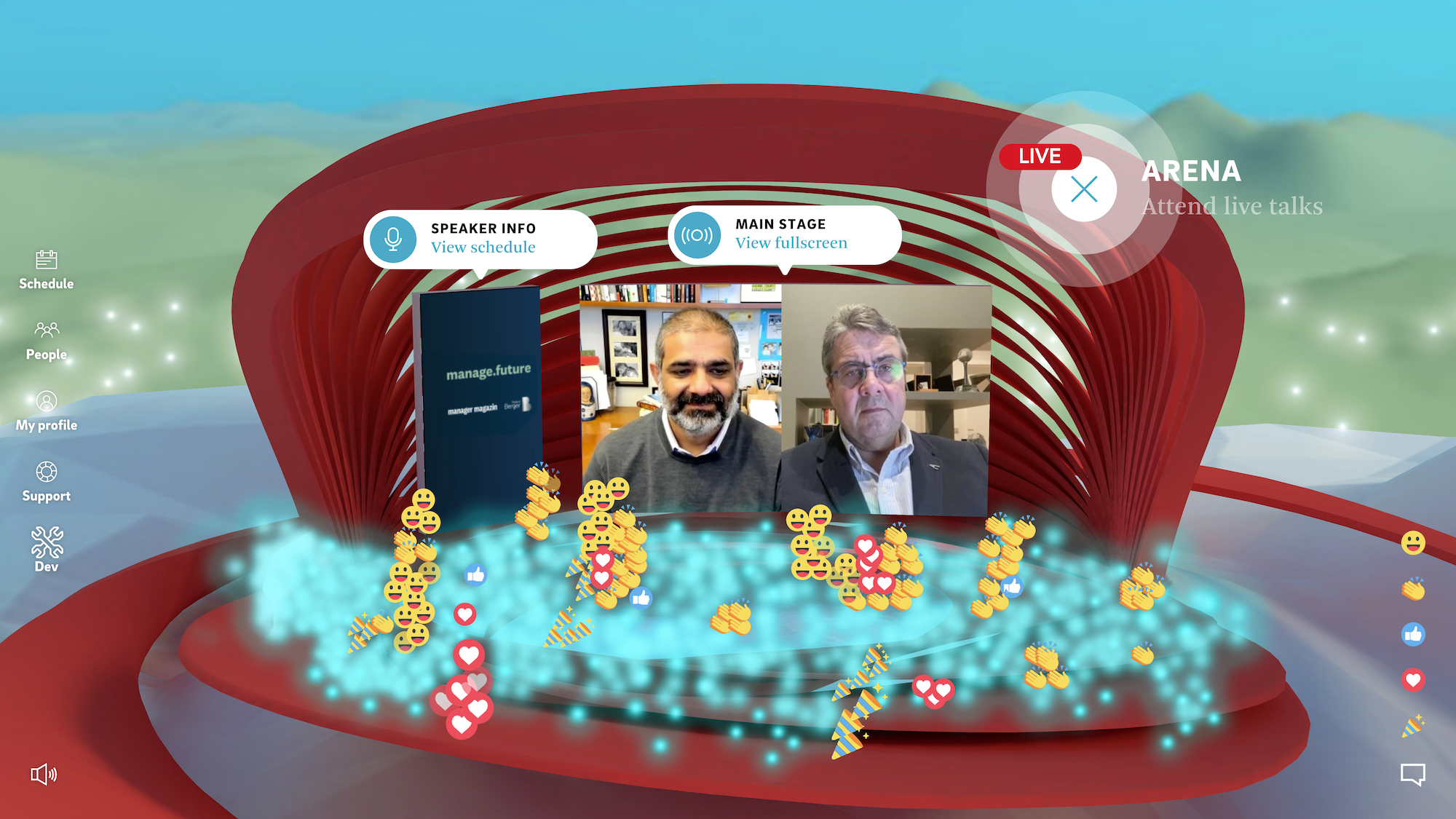 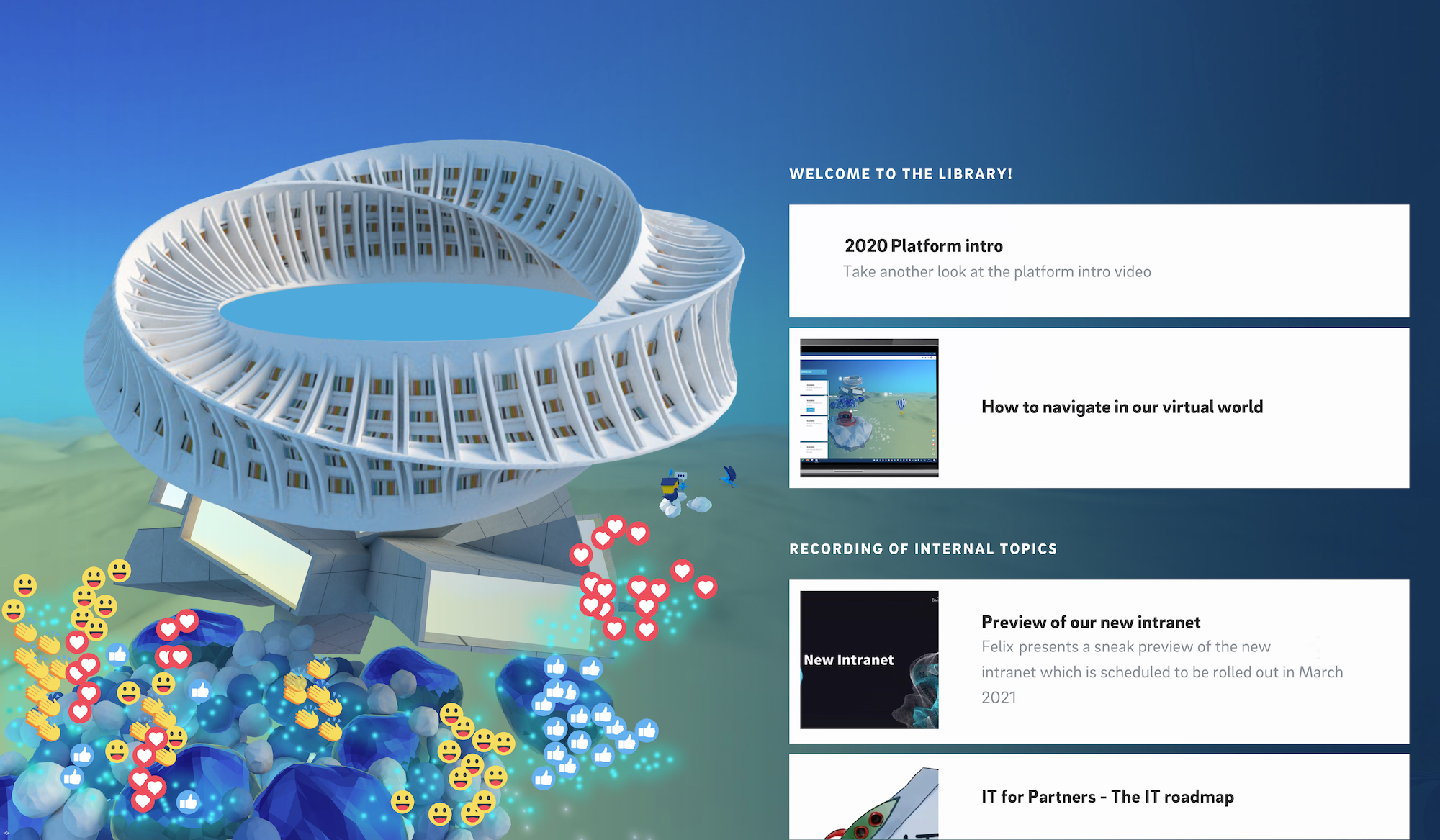 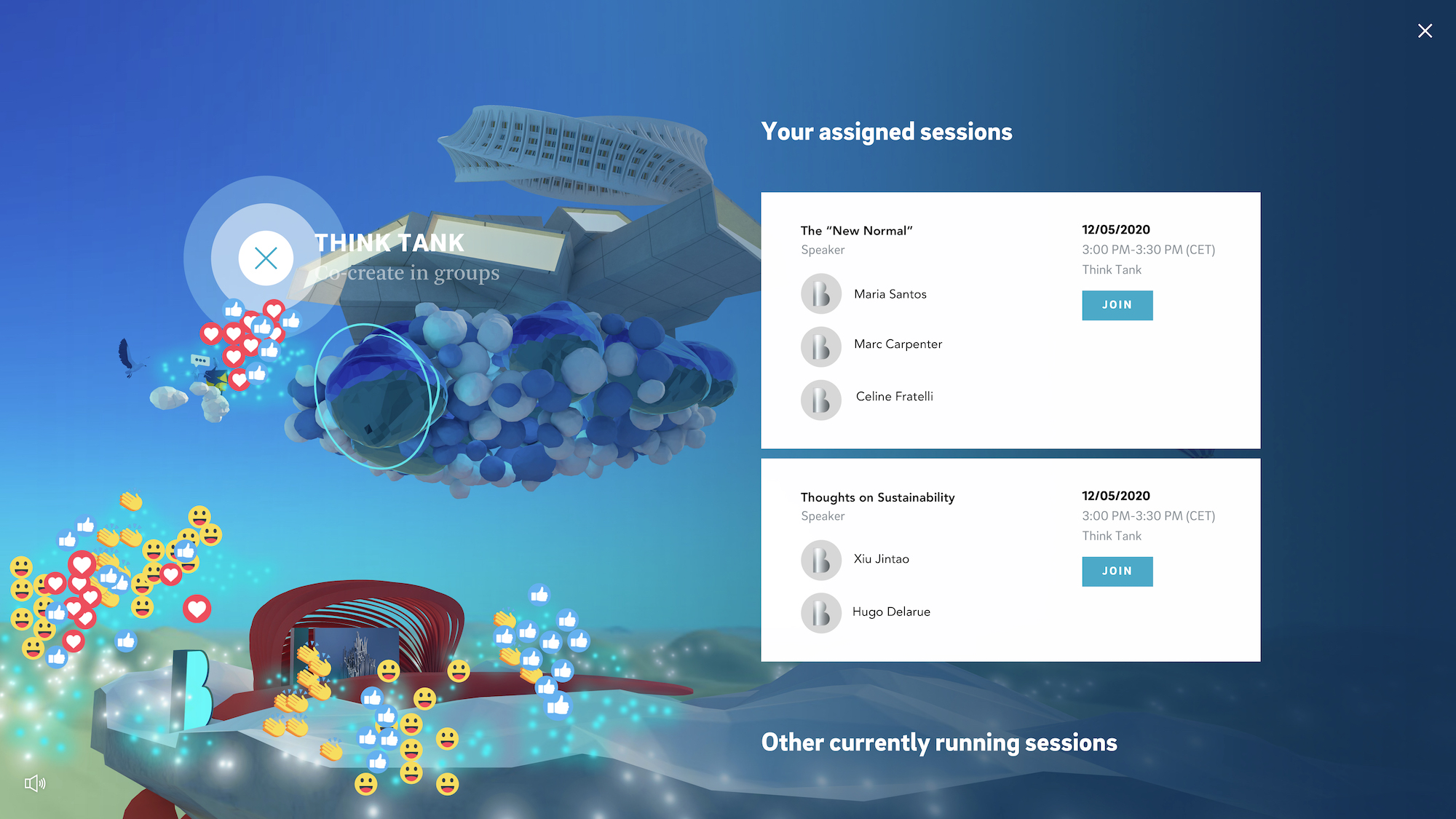 Since the beginning of the coronavirus pandemic, digital events and concepts have developed at a fast pace. However, the most frequently encountered challenges still include the engendering of emotions, involvement and a sense of community. CE+Co wanted to tackle this aspect in a targeted manner with the platform “LiveXpace”, which they developed and realized together with Roland Berger and Demodern for an international Partner Leadership Camp. 300 people, spread over five continents and all time zones, were to come together emotionally and in terms of content as part of a three-day event. For this purpose, they created a virtual meeting place with an abstract design and a dramaturgy based on emotionality. The participants were represented by illuminated energy points, could move freely and enter into contact with each other intuitively. Emotions became visible in an individualized manner, not anonymously, with the aim of motivating the forging of contacts. In the arena, not only the presenters but also the public were “energetically perceptible”, as well as visible, through live commentaries. In terms of content, the program consisted of an academy and a thinktank, which enabled video conferences, breakout sessions and intense collaborations on whiteboards. A library provided background material. In addition, activities such as chatroulette, body&soul-workshops and playful entertainment were offered at a café, a spa and a playground. The platform is constructed so that similar experiences in completely different designs and with individualized functions can be realized on its basis also for other customers and occasions.