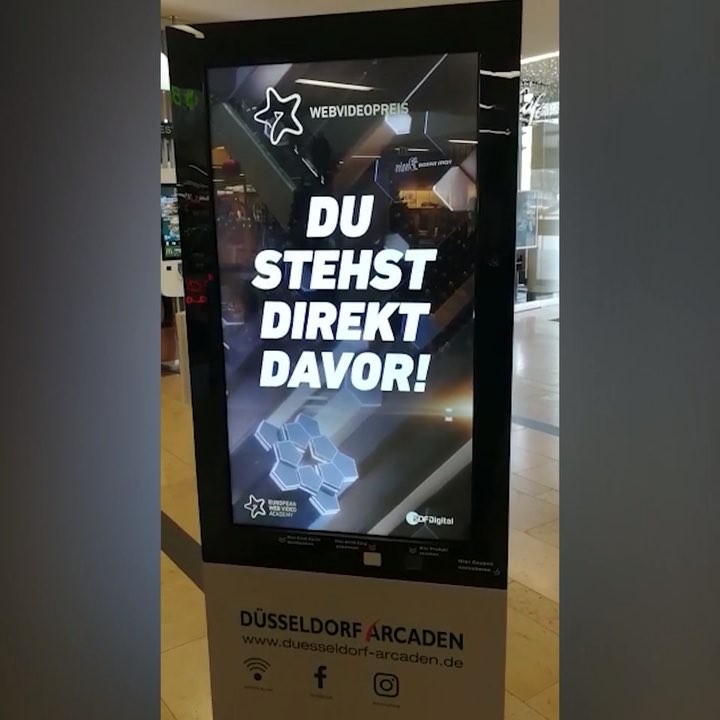 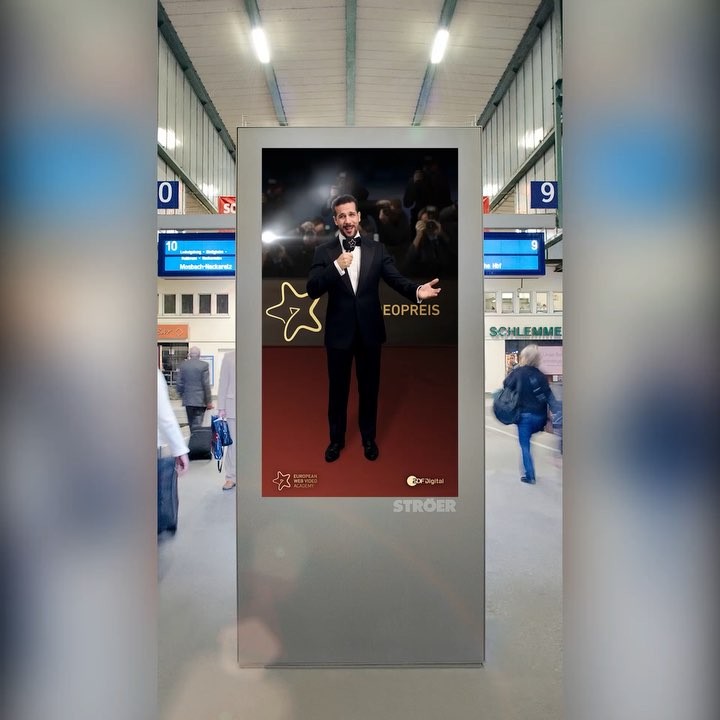 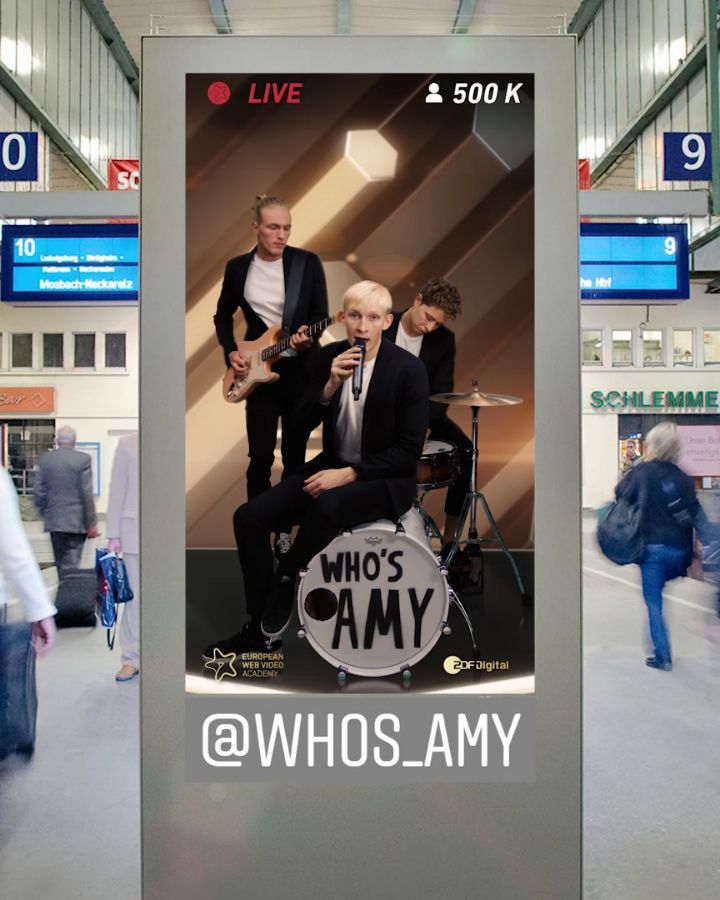 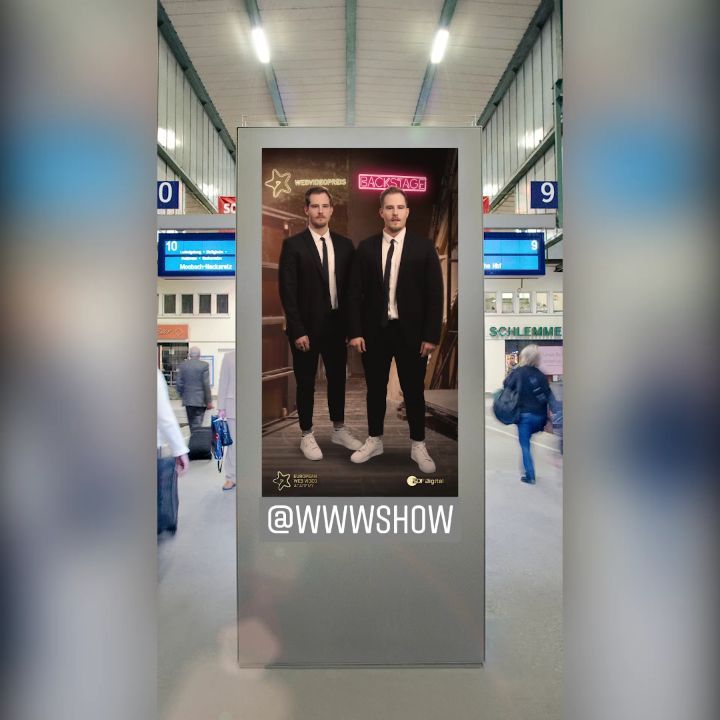 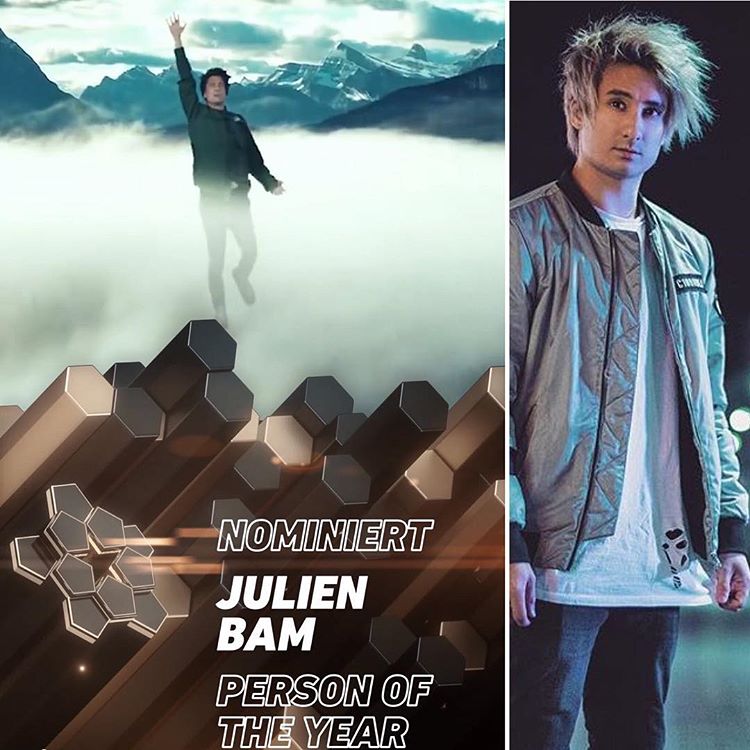 The Oscars of the YouTube Generation: The Web Video Award was traditionally presented during a gala event with 4K invited guests; with a live broadcast on television and the Internet. With 15 million views on owned channels, 800K likes on Instagram and over 1 billion media contacts in 2017 – we have achieved the utmost. At the height of success, we are breaking new ground. We seek radical disruption. We developed a format, which will serve as an industry benchmark. The idea The birth of a new format: Public Video Vertical Storytelling. For the first time, the Web Video Award did not take place on a physical stage in a classic show venue, but in the public living room of the target group. We defined a new stage: the largest imaginable stage – 4.000 Public Screens in Germany We reached new target groups: no award for invited guests, but for 25 million people We relied on consistent storytelling: 100 produced clips brought the stars of the scene into the public living room The implementation: We used Public Video as the national channel and host of the overall award. An appropriate 3-week media plan took the user on a journey through the Web Video Award: 100 produced clips from test image before the broadcast to the exclusive announcement of the nominees as well as show acts and a streaker – the whole award took place in public. All storytelling elements were created in vertical format and concretized on our second screen, the social networks. The voting process was presented as a holistic, content-based concept. A chatbot guided users through the messenger voting. Using short videos, GIFs and graphics, it became truly inspiring and engaging. 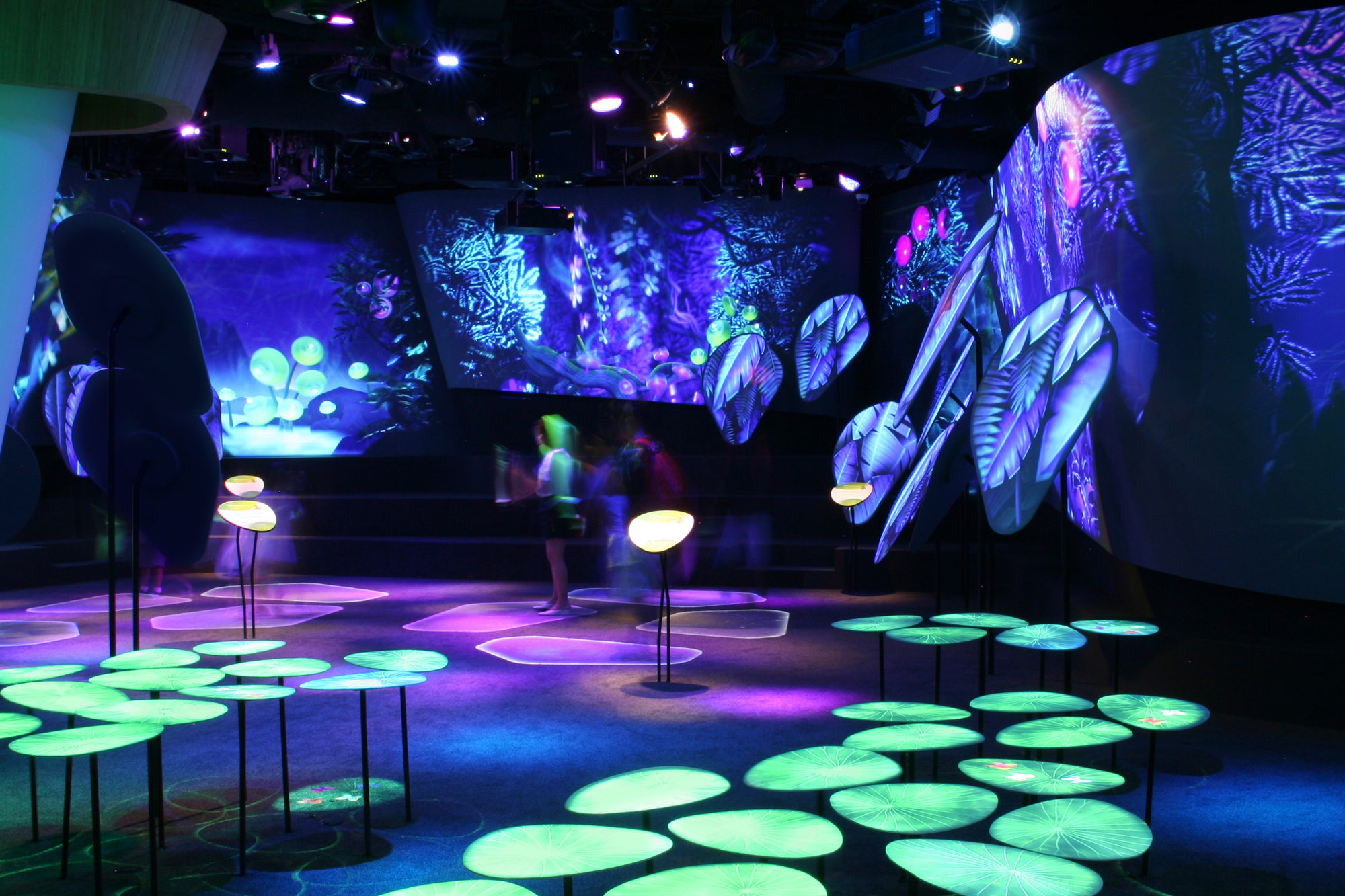