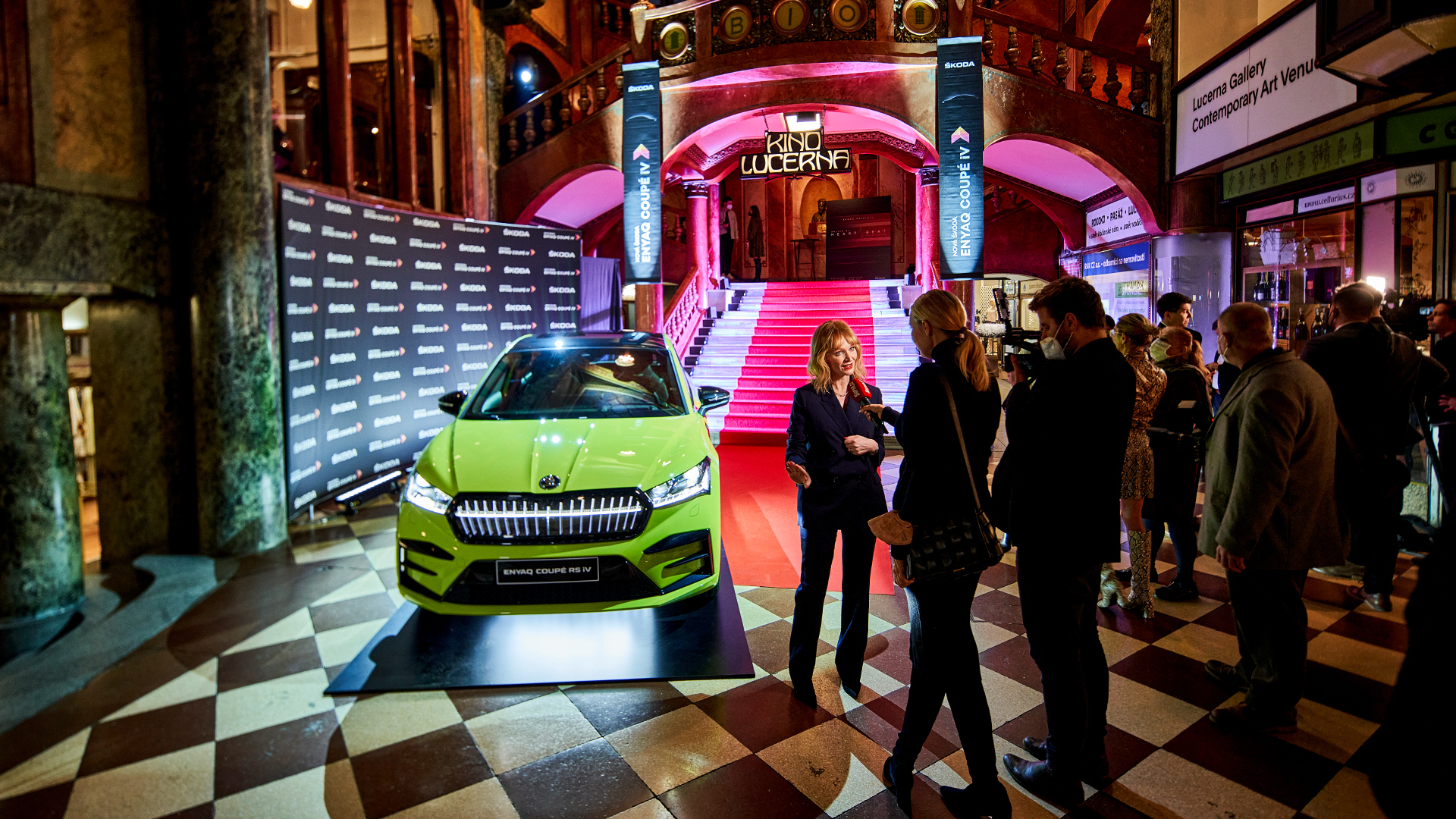 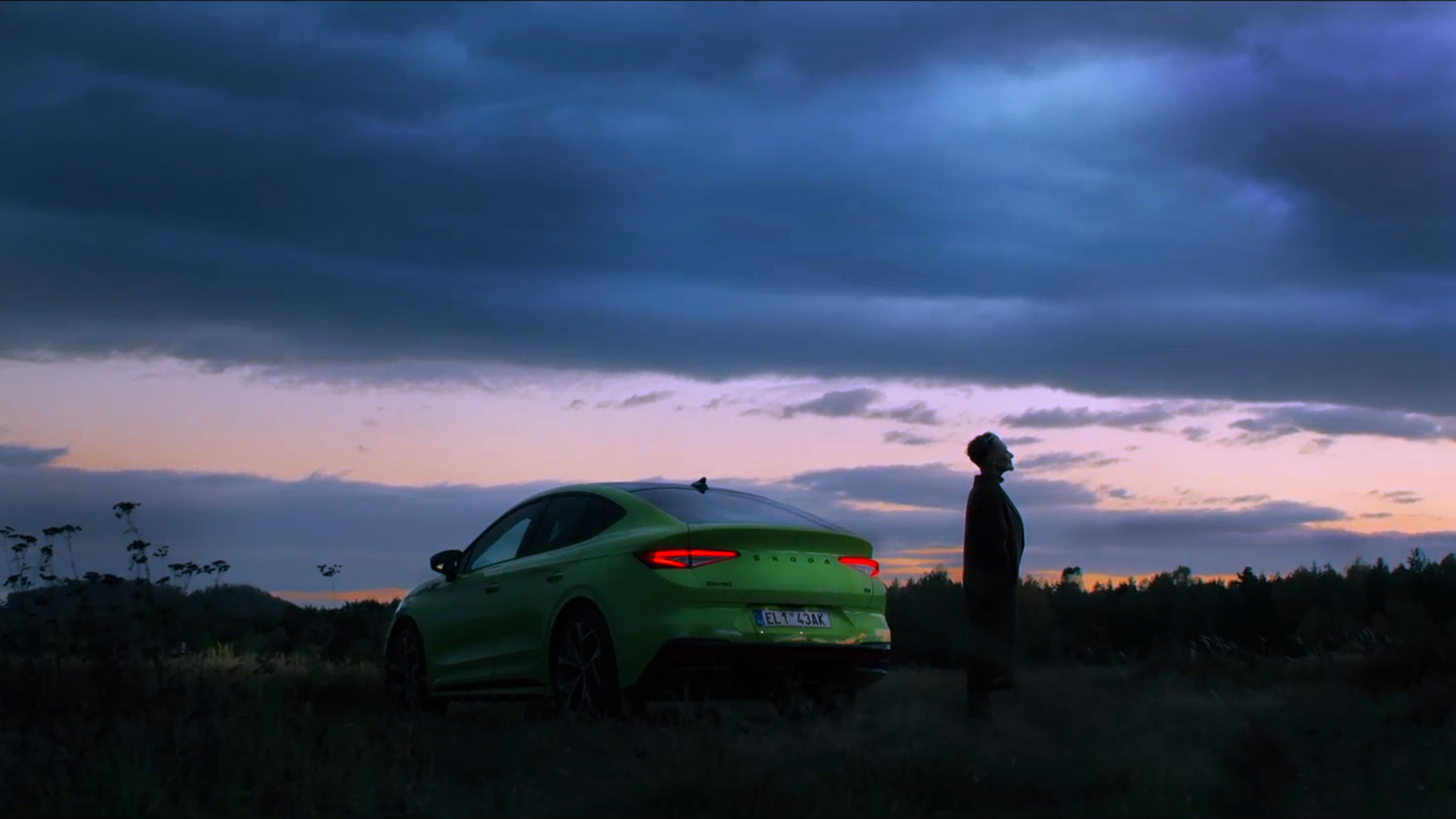 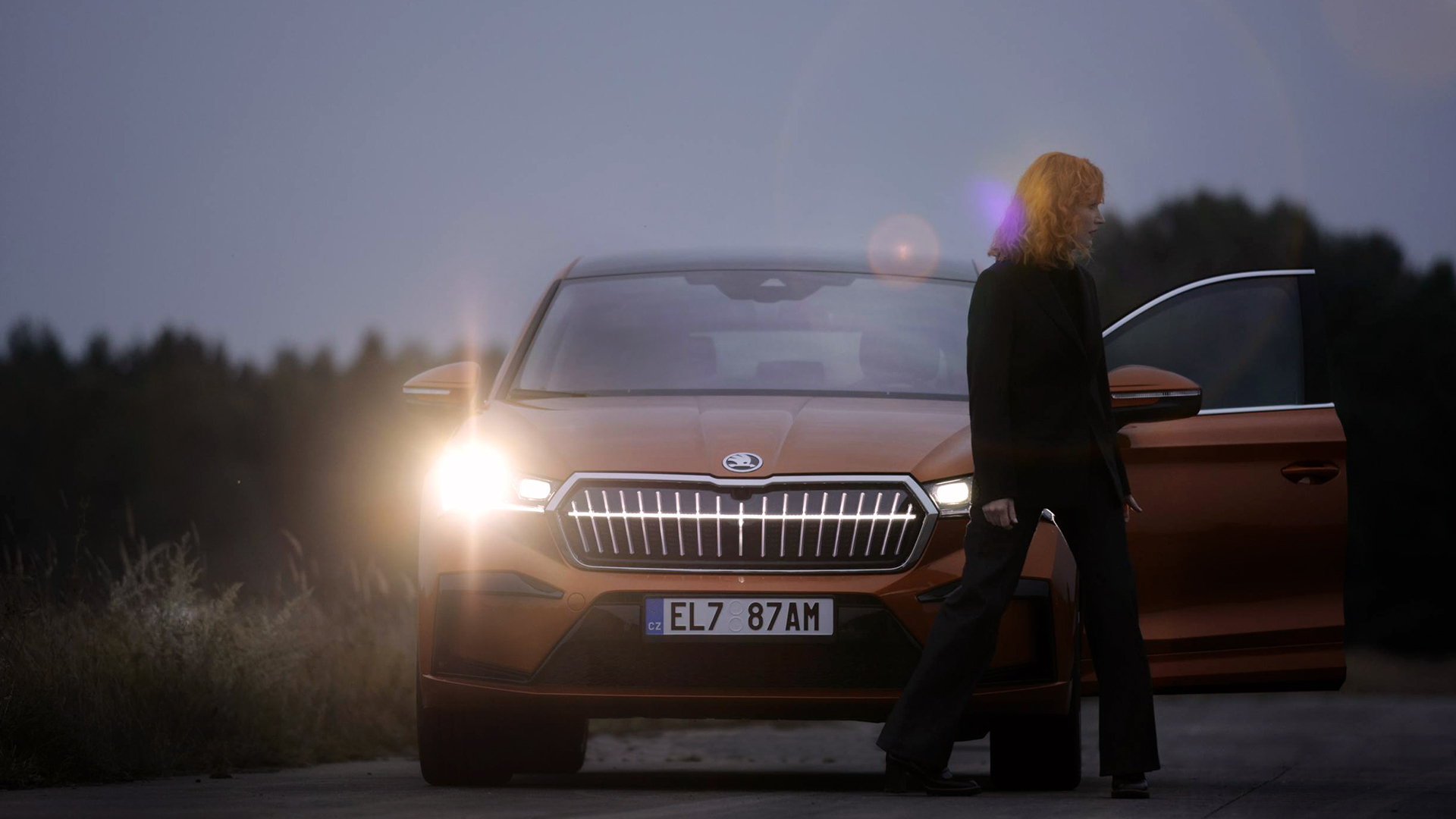 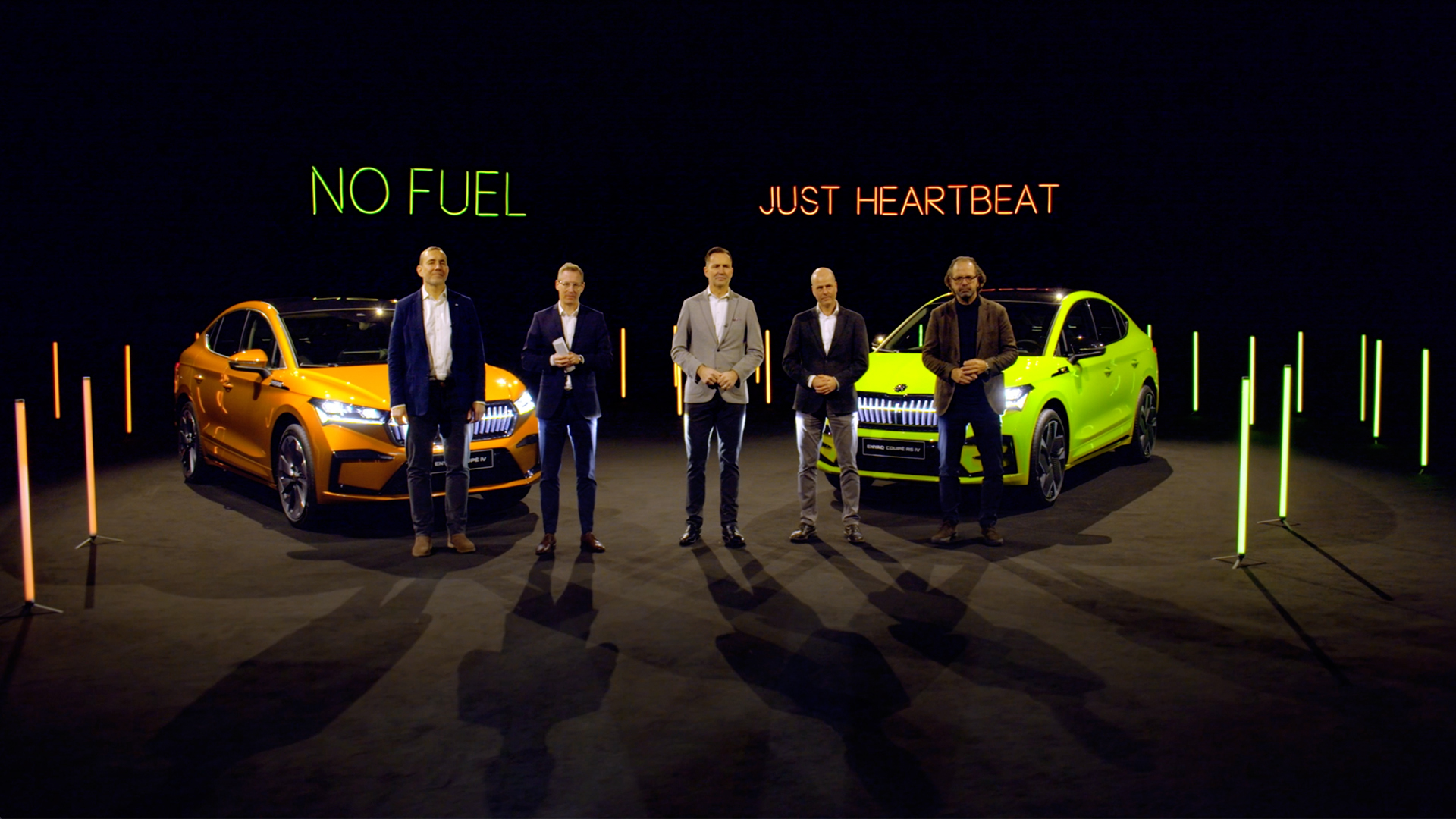 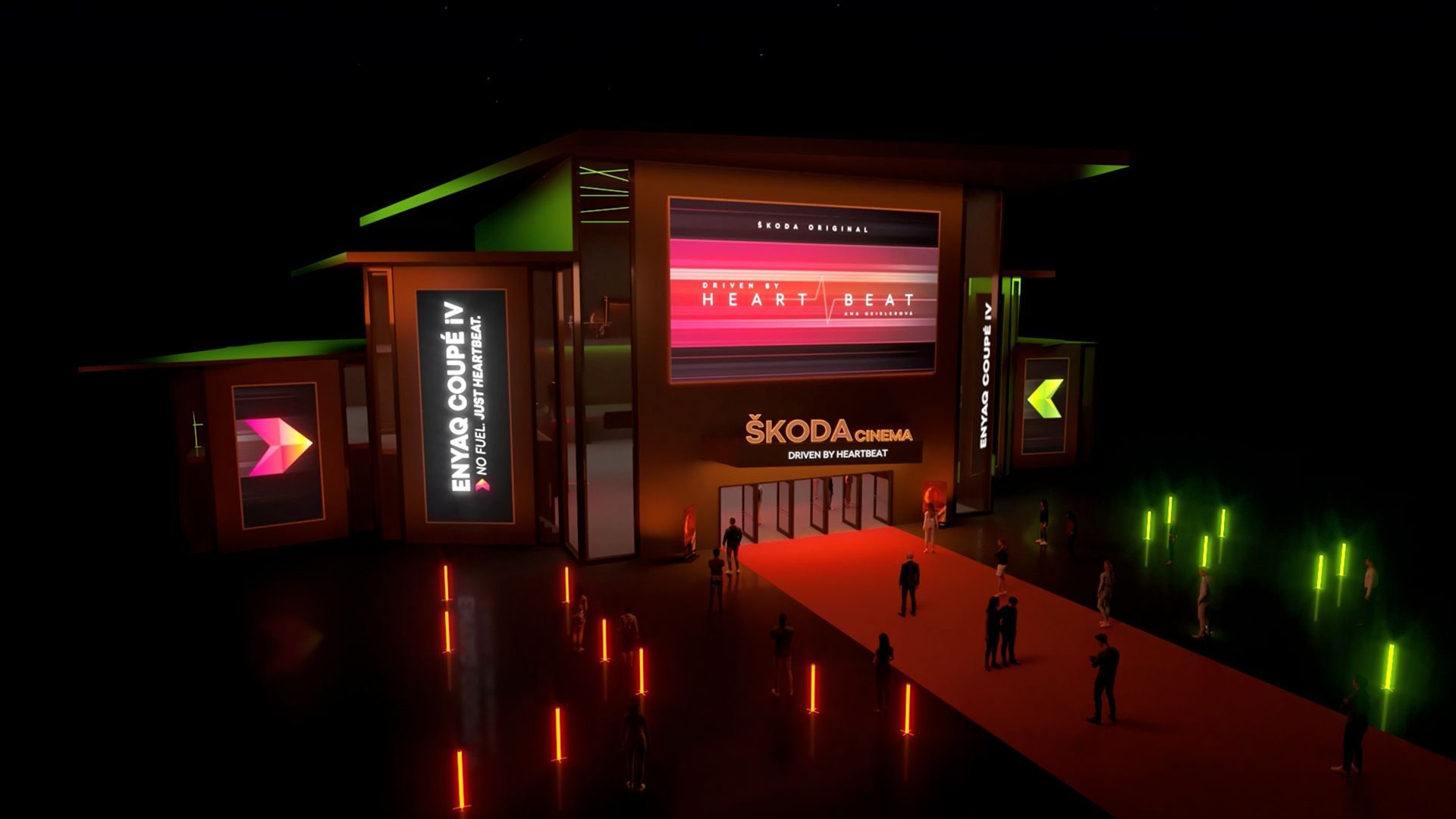 NO FUEL. JUST HEARTBEAT. – The new ŠKODA ENYAQ COUPÉ iV The world premiere of the all-electric ŠKODA ENYAQ COUPÉ iV was not only a car reveal, but also a film premiere. Via stream we took the audience to an exclusive private screening at Lucerna cinema in Prague: not a reveal show in the conventional sense, but a cinematic experience, dissolving the distance between brand, ŠKODA staff and customer. The centrepiece was a film that really got closer to the creators of the vehicle by showing their personal passions: • The CEO running • The CTO kayaking • The Head of Design strolling around abandoned places. The reveal in the final chapter culminated in a highly emotional driving sequence bringing the motto to life: "No Fuel. Just Heartbeat." As a special surprise a second film focused on the RS model. We created an arc of suspense in which the viewer learns a great deal about the car through implicit information – allowing us to reduce the deep dive part to the bare minimum. The public stream focussed on the emotional car experience, while the press got access to exclusive in-depth information. Besides the precisely tailored playout on various channels we created a digital cinema letting the virtual visitor experience the premiere feeling in a lean and playful activation – with interactive game elements and individual seat selection. And we went truly hybrid by decentralizing the live event all across Europe: press representatives from the different markets were invited to experience the premiere stream synchronously in local cinemas – with popcorn, drinks and the main protagonists live on site: the new ŠKODA ENYAQ COUPÉ iV & RS iV.