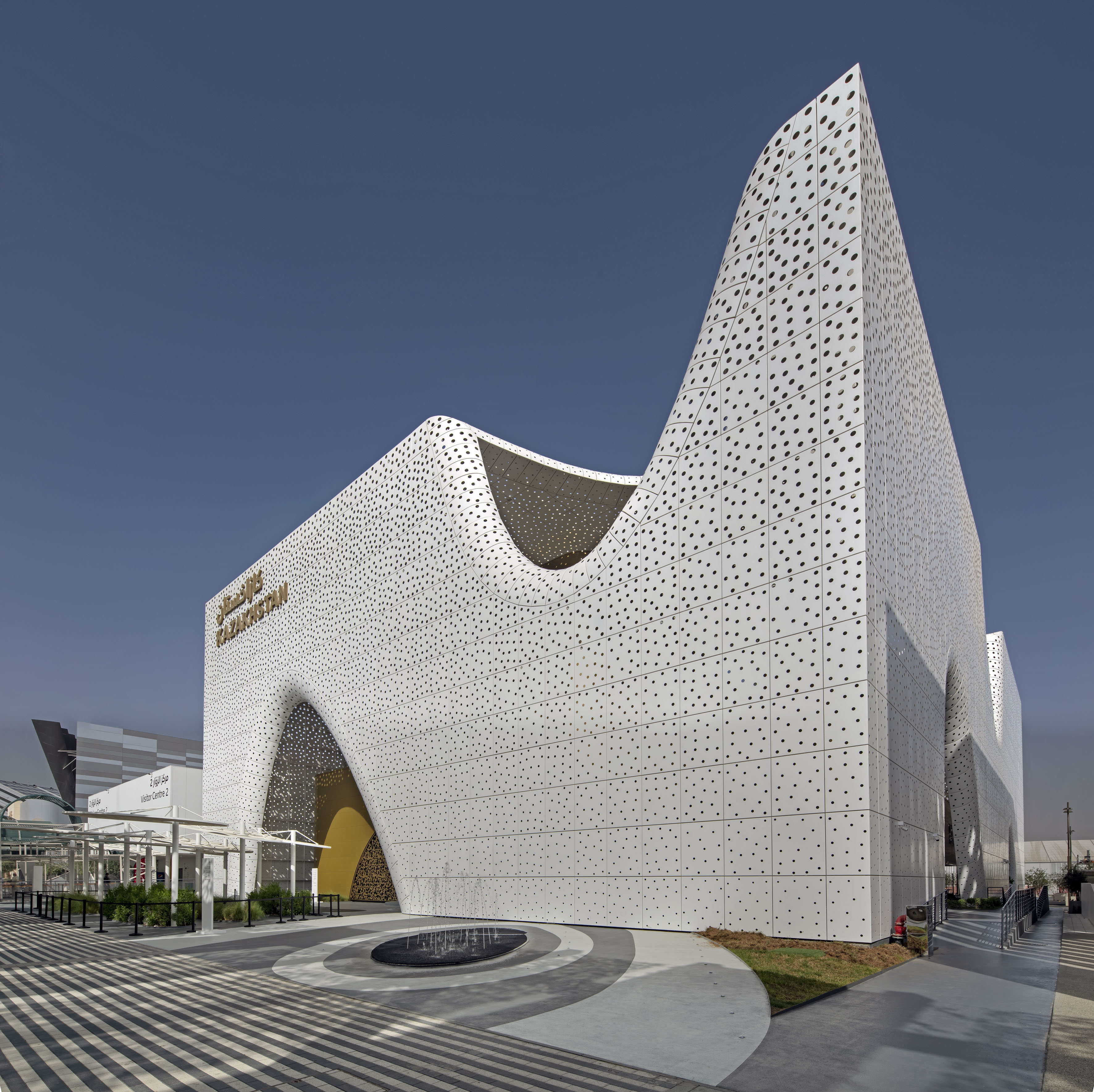 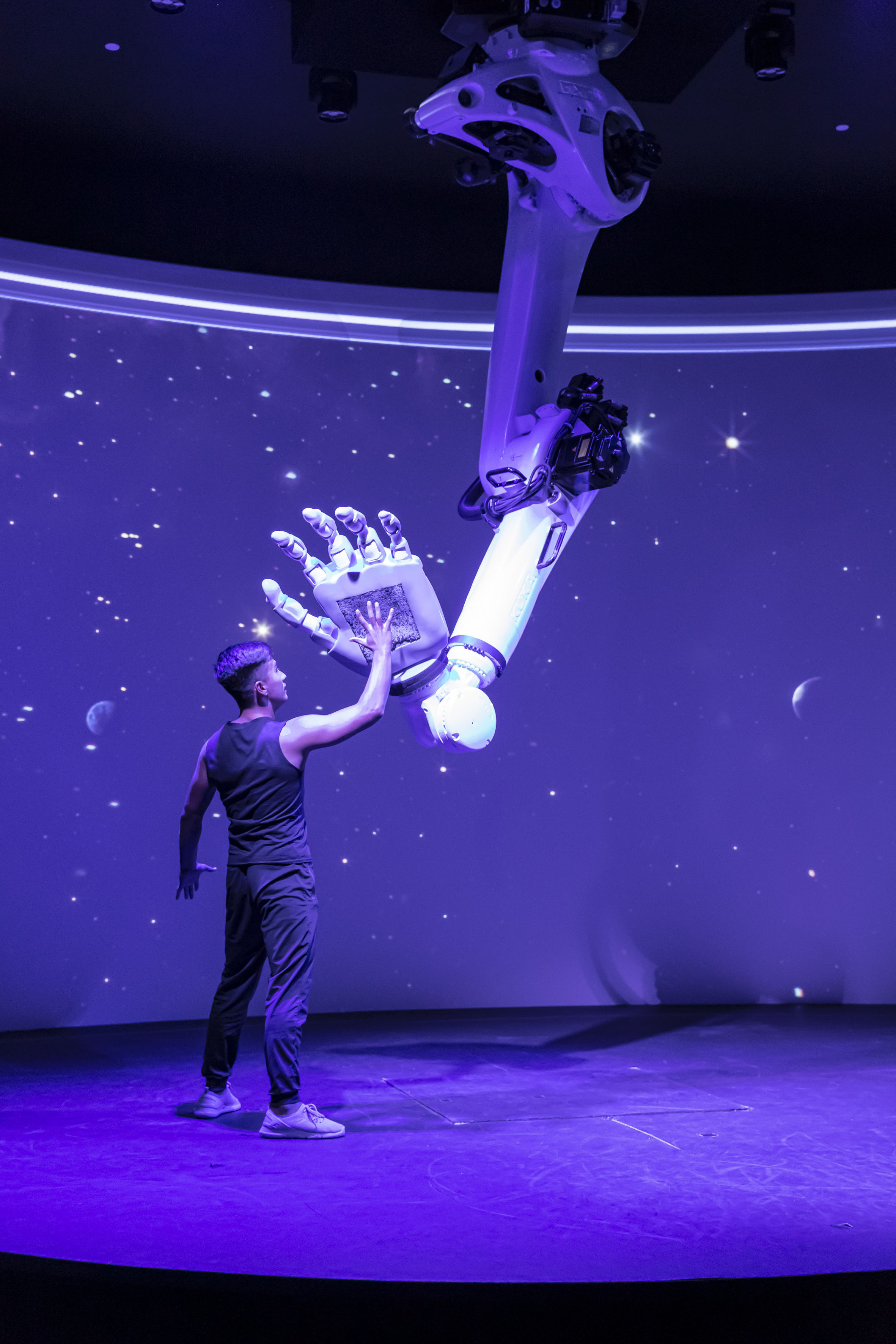 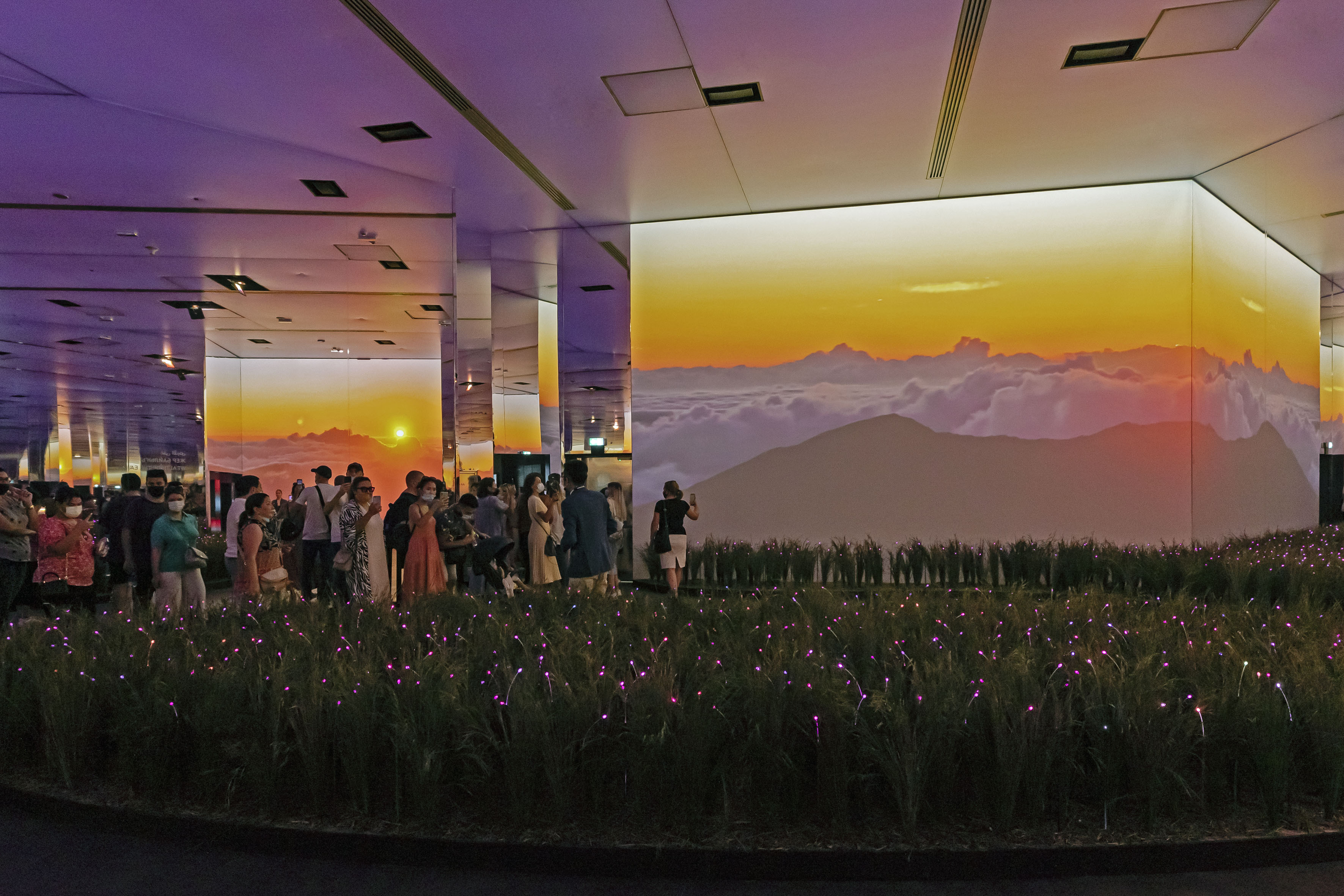 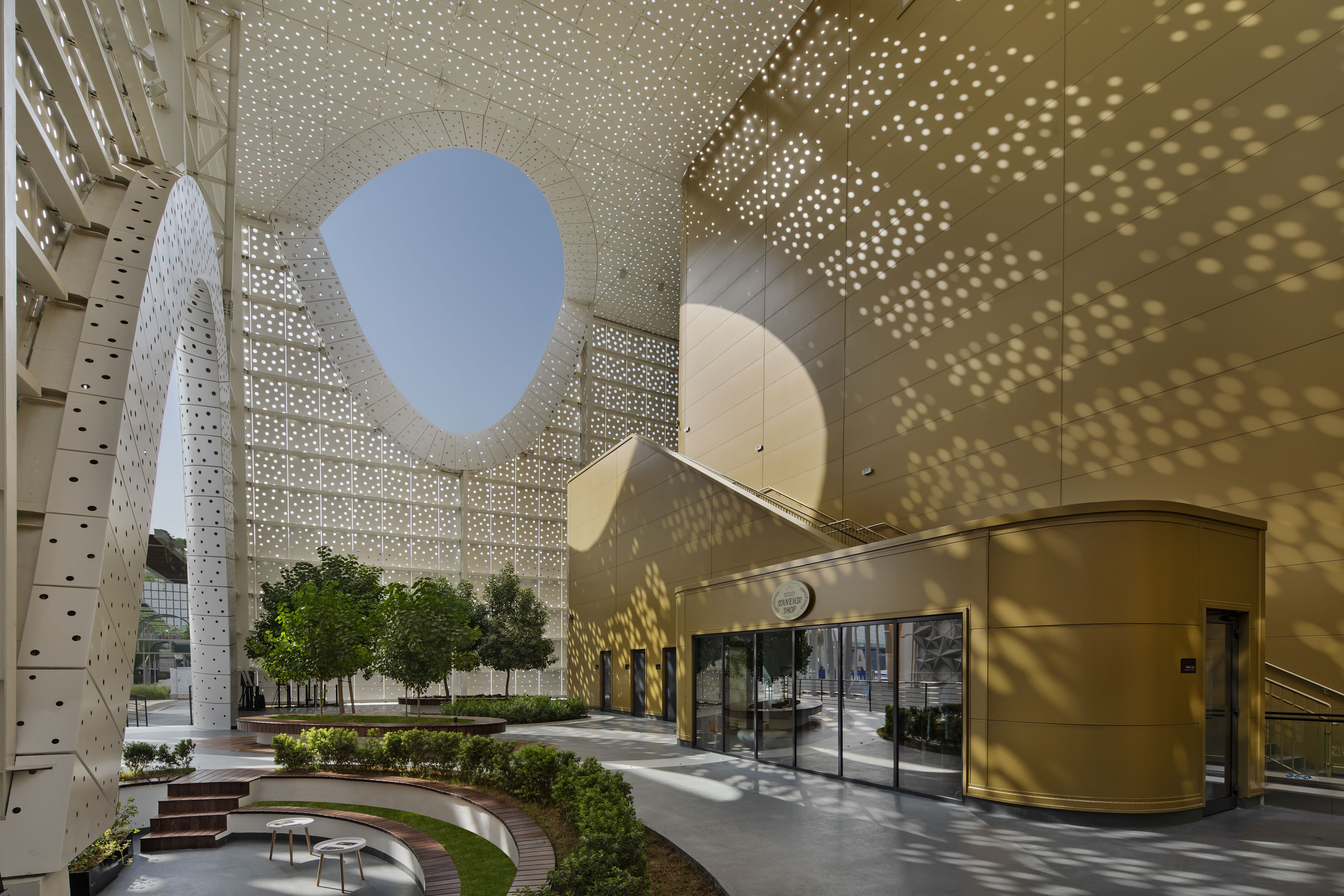 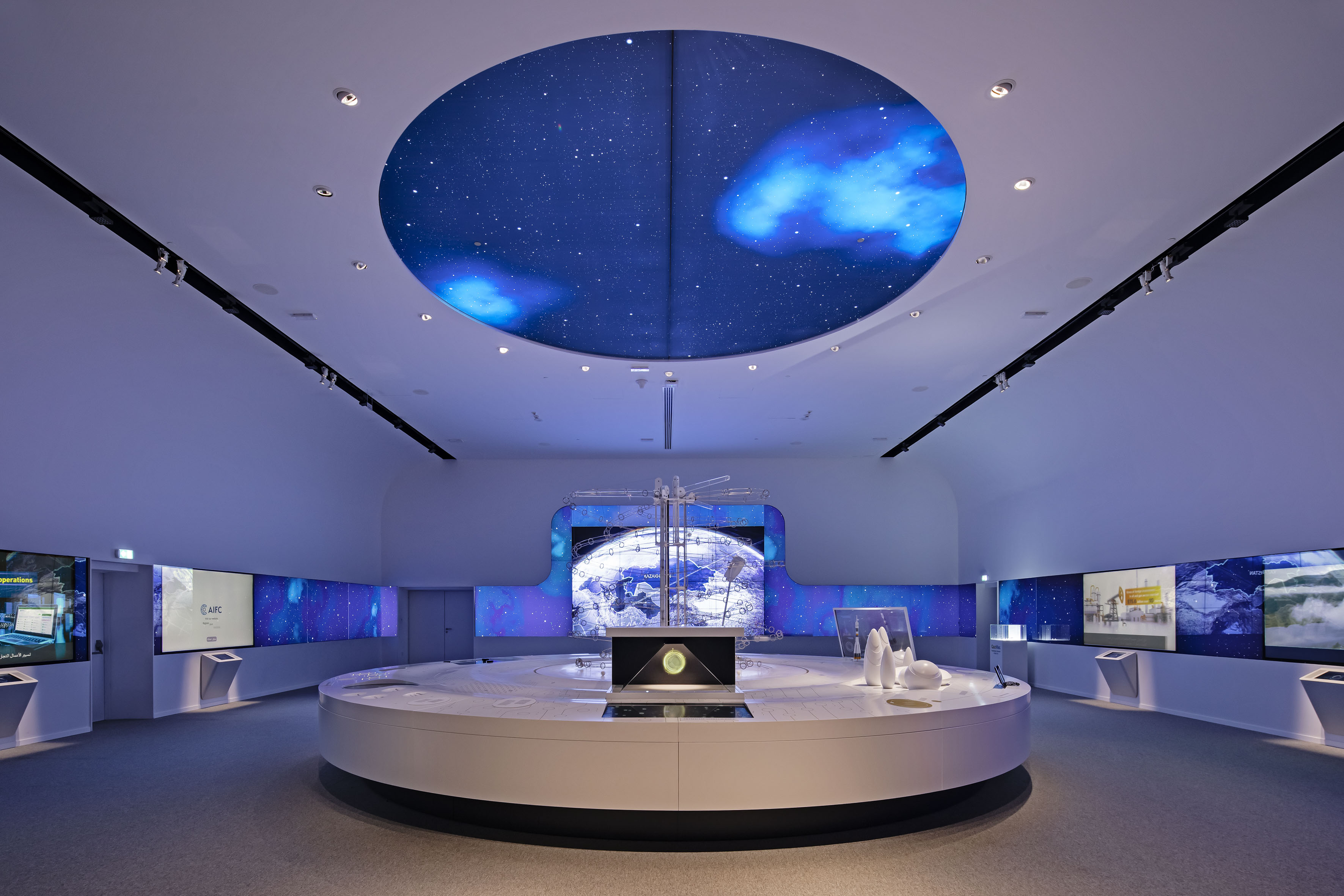 The final Main Show was the dramaturgical highlight of the exposition. With universal language and an immersive setting it showcased a `vision of living in the future‘ to the international public. In a high-tech show with a 270-degree panorama cinema, an acrobat presented a choreographed interaction with a robot. The impressive show provided the vision of a future in which humans and machines coexist in harmony. The interface between the acrobat and robot is an example of technological perfection. It consists of a custom-designed, intricately programmed hand that symbolises the transition to a common future. Reflecting the EXPO’s slogan "Connecting Minds, Creating the Future”, we orchestrated a very special kind of connection in the Main Show. The narrative: a latest generation quantum computer with a suggestive voice takes the audience into a fictional world where the previously unimaginable interaction between a human and a machine is possible. “The human appears. A robotic hand approaches her. The first encounter!” Natural and artificial intelligence begin to interact: first tentatively, then sensitively, sometimes curious, sometimes insistent. The playful interaction between them marks the start of a journey together: a journey into an unknown and new future that we can only vaguely imagine."