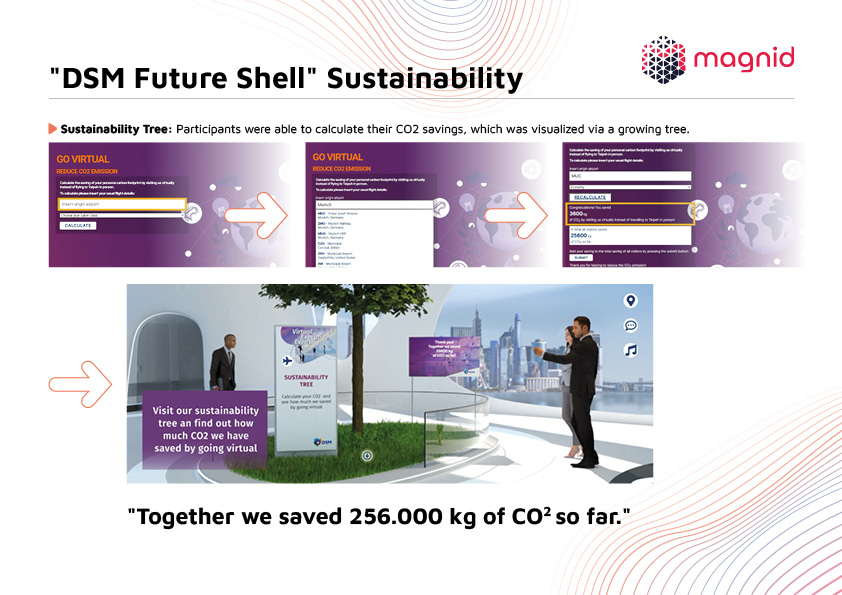 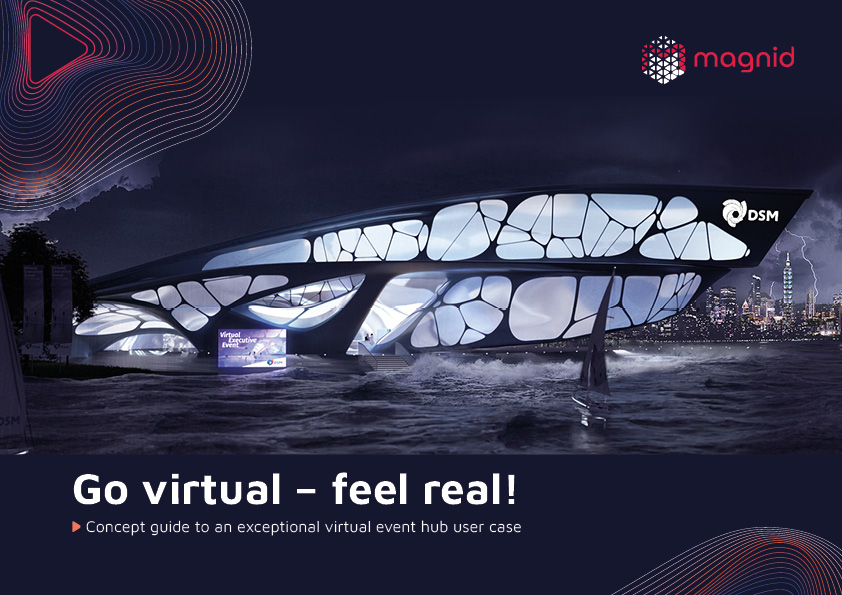 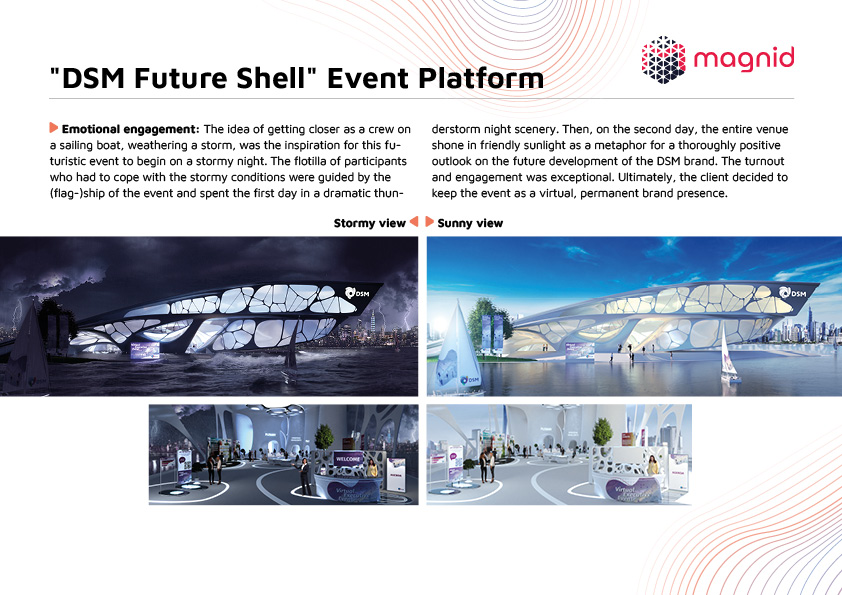 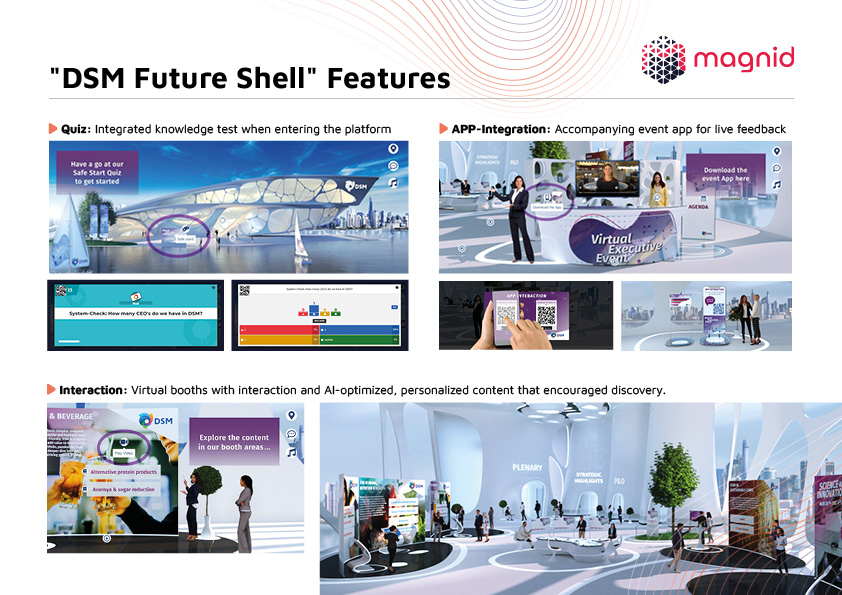 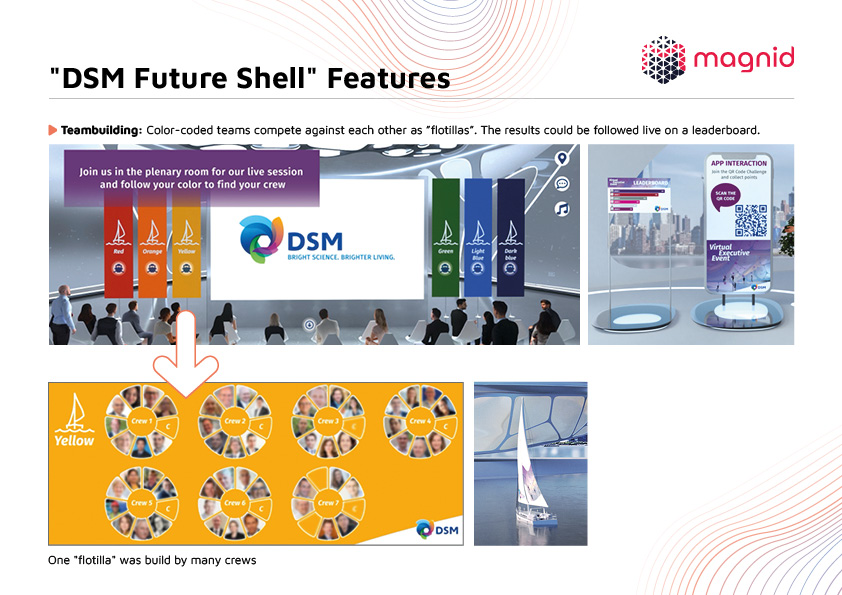 DSM intended to connect their company in an innovative setting with a virtual venue to discuss the new Co-CEOs’ corporate strategy, share content and interact with each other. The event focused on a distributed leadership approach reflecting DSM´s pillars "caring – courageous – collaborative", which was reflected in all touchpoints throughout the event. To represent DSM´s agility with its multiple divisions, the platform was designed to look like a (flag)ship surrounded by small boats, in which the meeting was followed during the event. The theme transitioned from "weathering the storm" on the first to "setting course" on the second event day. This was supported by integrated weather animations, changing between days to create an emotional connection. Sustainability, a vital pillar within DSM, was also integrated into the event. Participants had the opportunity to calculate CO2 savings with their virtual; instead of F2F attendance, visualized by a growing sustainability tree. DSM´s high security standards were assured through an implemented SSO method. The magnid platform provided user-friendly tools, such as integrated live-streaming, polling and networking capabilities. Pop-up messages, responsive guidance and real-time analytics assured a flawless user journey, which planners were able to adapt during the event. Participants were able to interact in a new way, which led to more engagement and an improved company cooperation even after the event ended. Due to the success, senior leadership decided to open the platform companywide as an interactive meeting hub, networking tool and content repository. This resulted in many more events on the platform throughout the year.