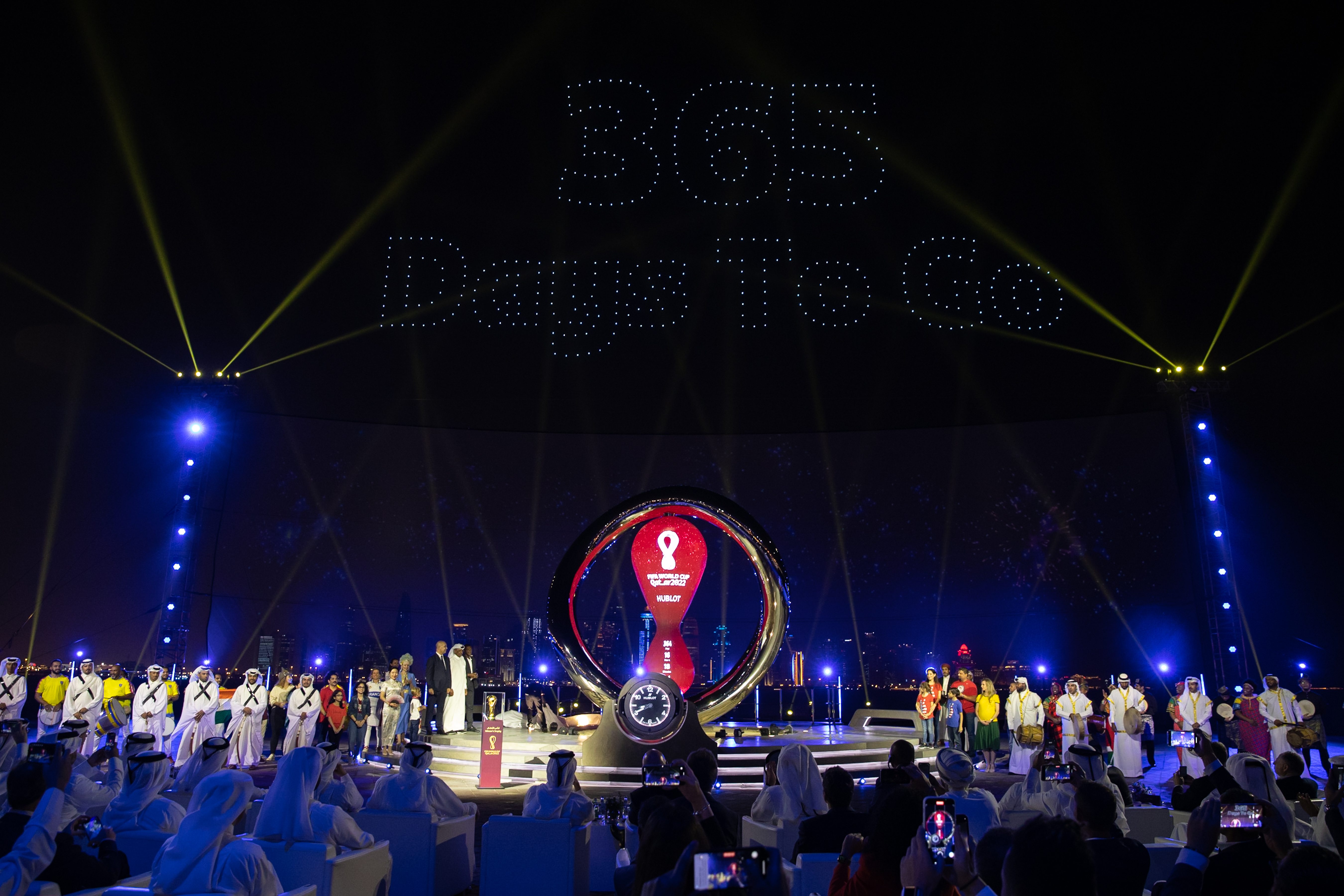 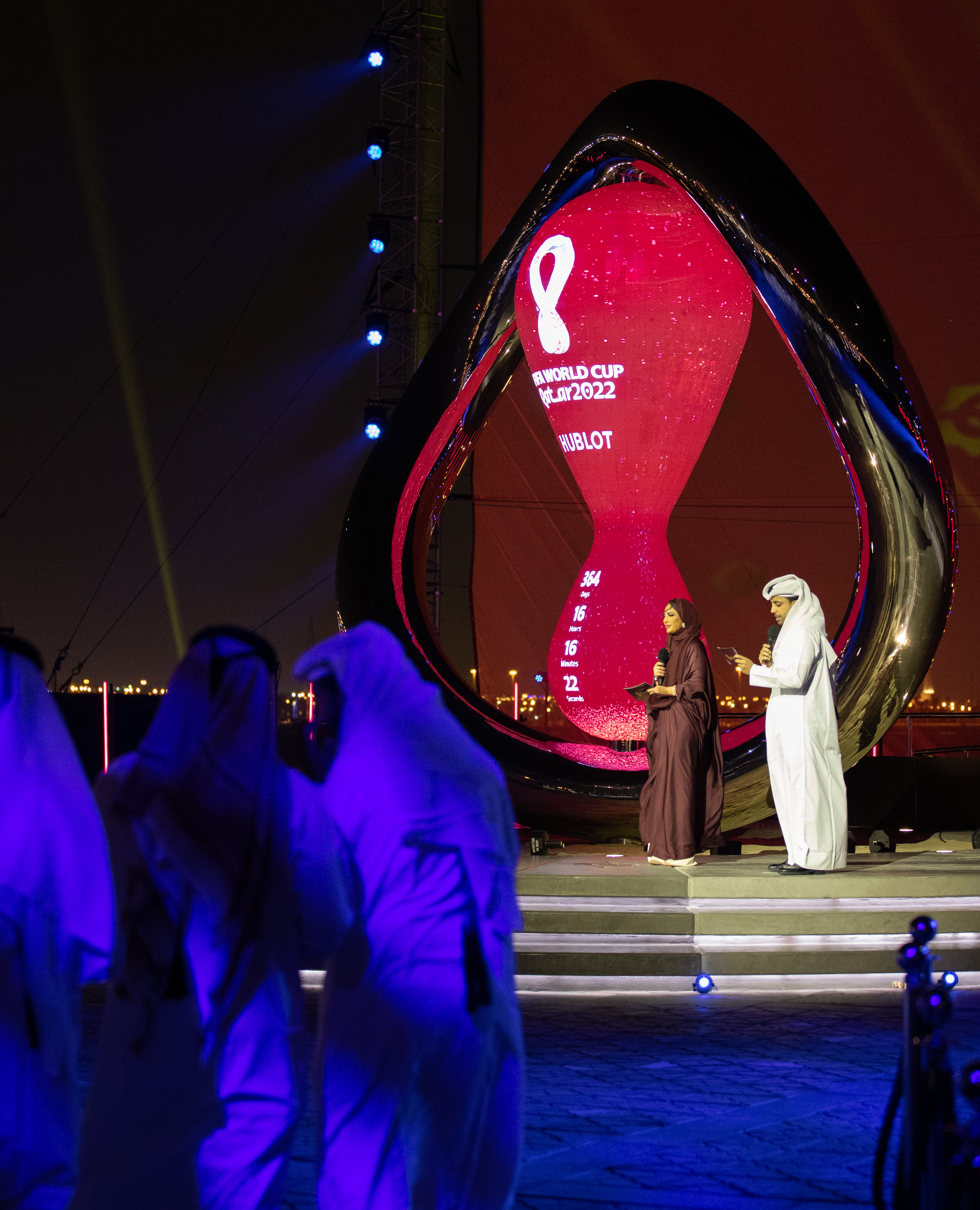 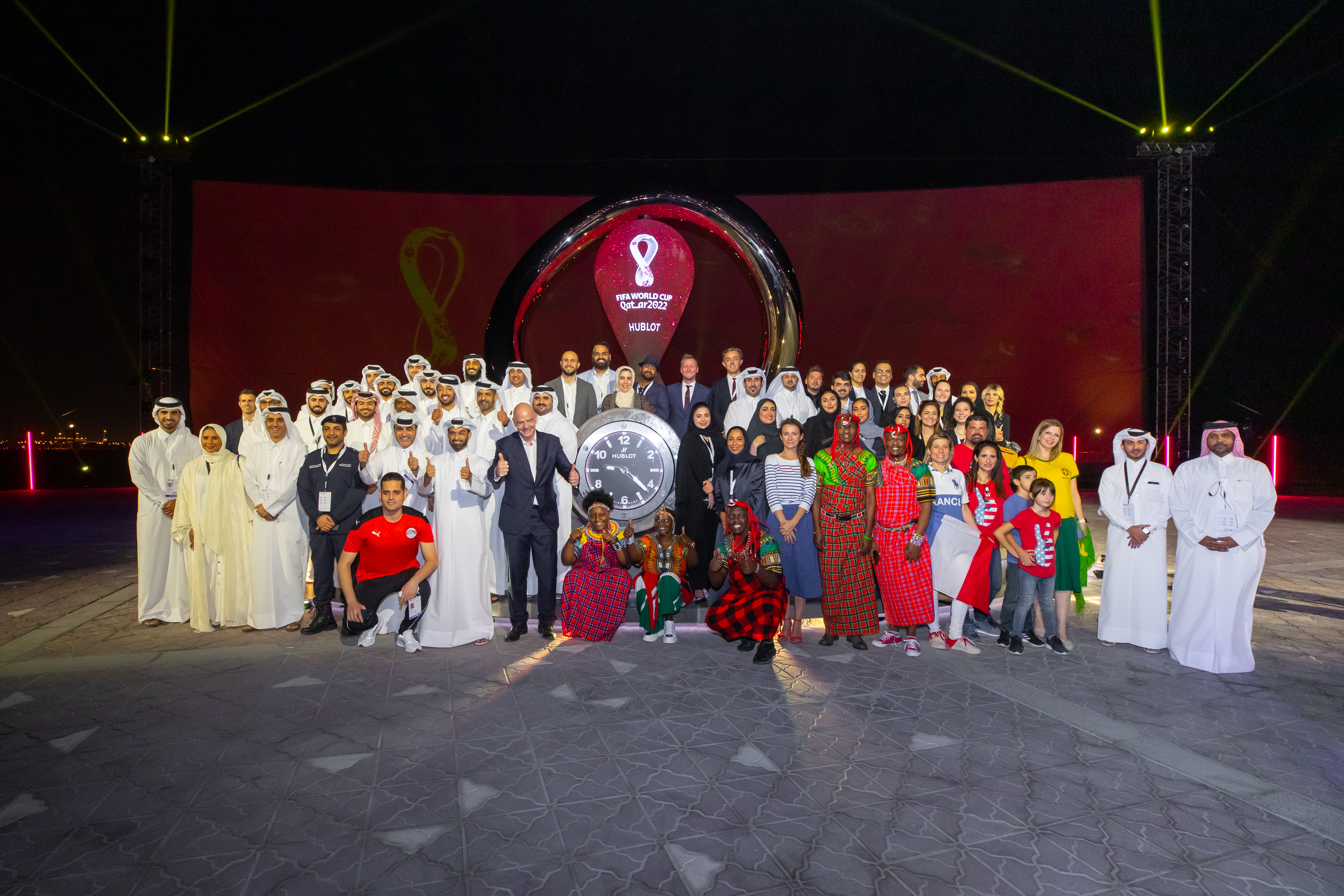 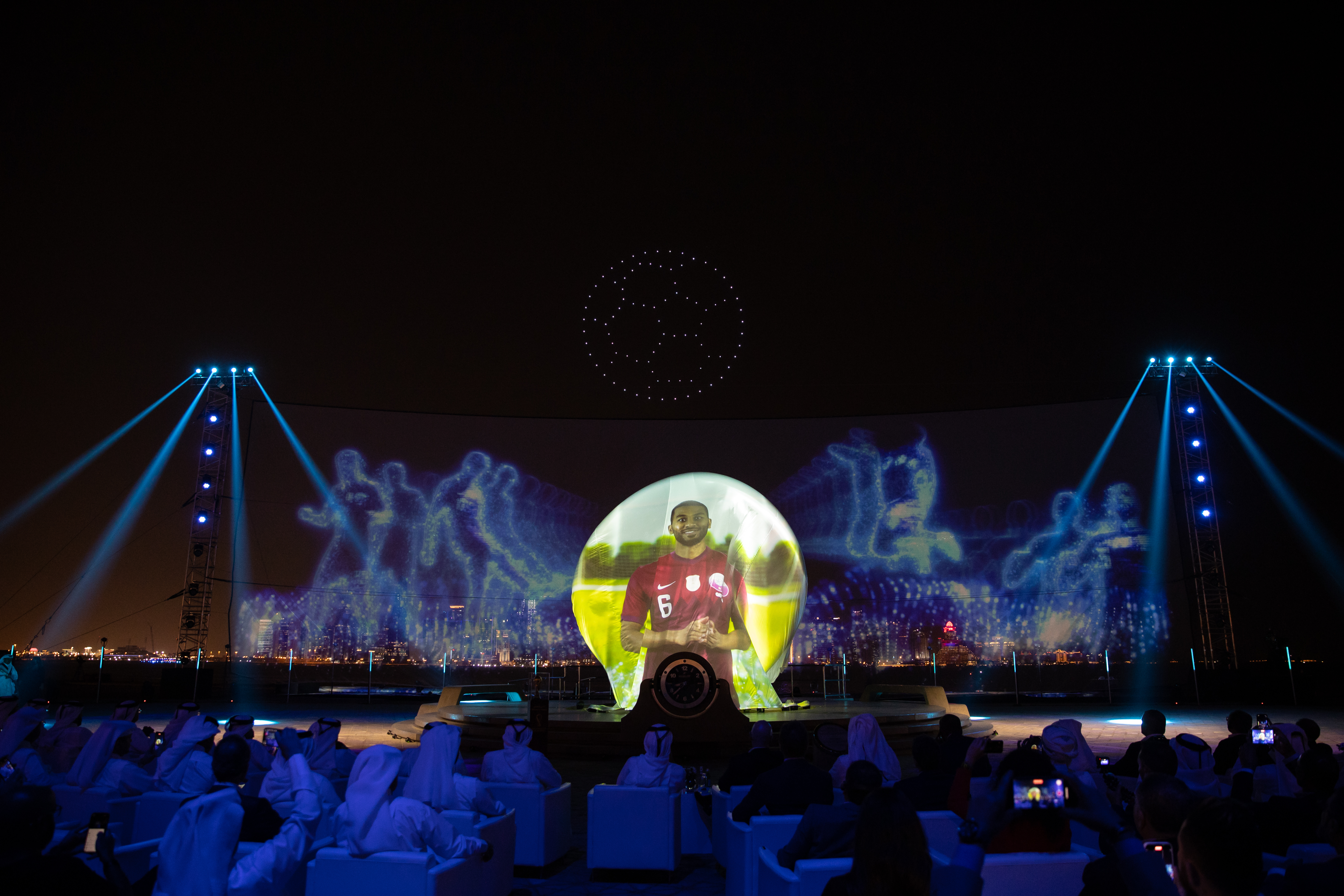 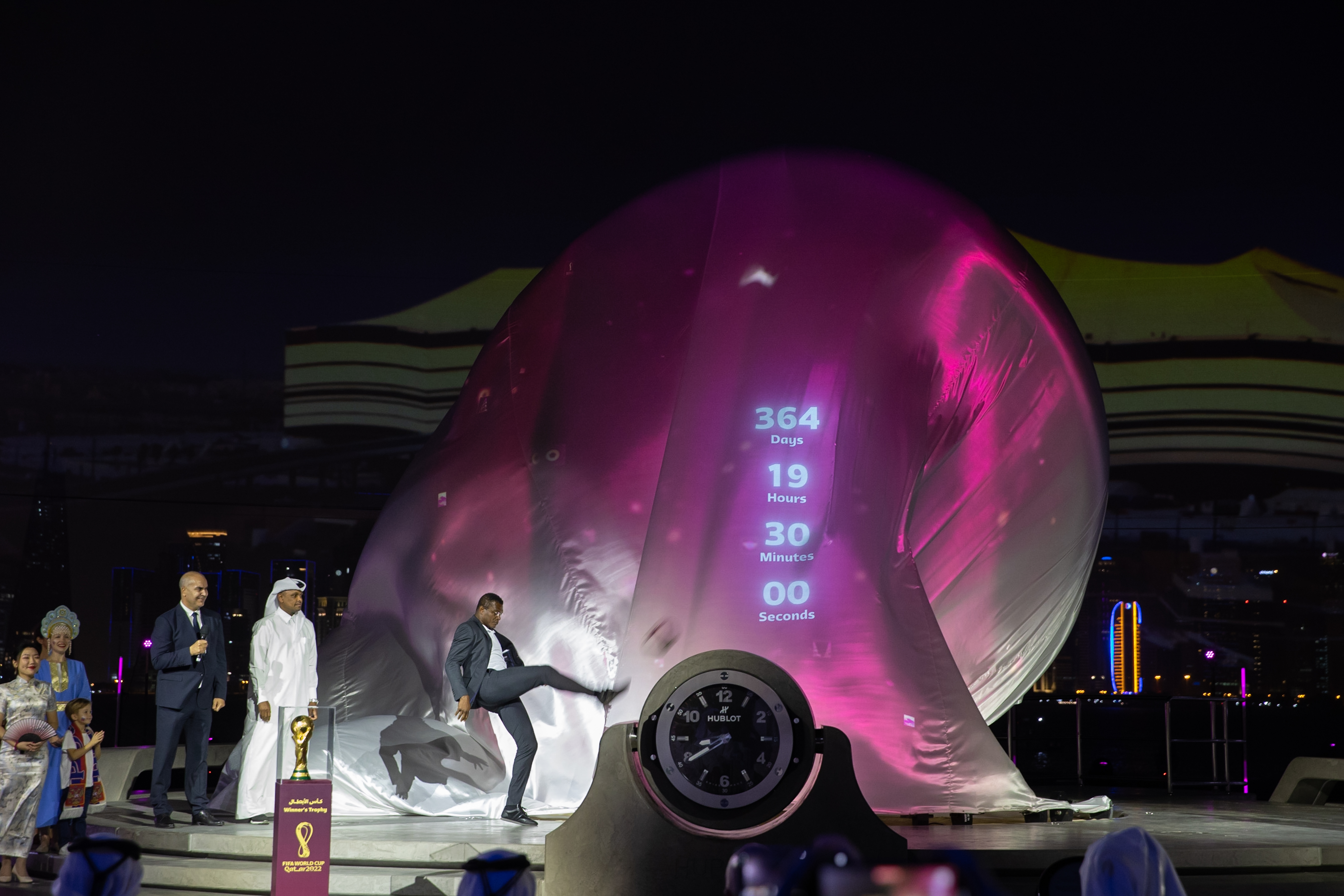 Countdown Clock Launch for the FIFA World Cup in Qatar 2022

One year before the FIFA World Cup, it was time to draw the world's attention to the major football event that will take place in Qatar 2022. In a live event with 150 invited VIP guests including the Qatari Royal Family, a spectacular show was held that revealed the Countdown Clock – an icon for the one-year-to-go mark.  The Task: After 2 long and draining years of living with Covid, we felt that the world needed to be reminded of the great excitement the FIFA World Cup 2022 will bring. The Countdown Clock reveal was the event to make that happen. But how to spark the fire in a whole nation, a region, and even beyond?  Concept + Execution: Our creative idea was based on a locker room speech that a football coach gives to motivate his team before a match. Every part of the team must play together like a symphony to reach their goal! At the end of his speech, the coach starts clapping a beat, in which all the people joined in including the VVIP guests such as FIFA President Gianni Infantino, David Beckham, and Jeff Koons - watched on global TV channels and over 28 million views on Youtube. Our event setting was designed with an unobstructed view across the water to the Doha skyline. A 40x12m screen made of transparent material was used for the projection. The countdown clock itself was covered by a fabric we used as a second projection surface. The staging with transparent gauze along with the clock cover, 500 synchronized drones together with light and sound, and performers gave the camera lenses a multidimensional view. The reveal was done using ultra-light fabric and two high-speed reveal winches created the most spectacular "curtain opening" moment.