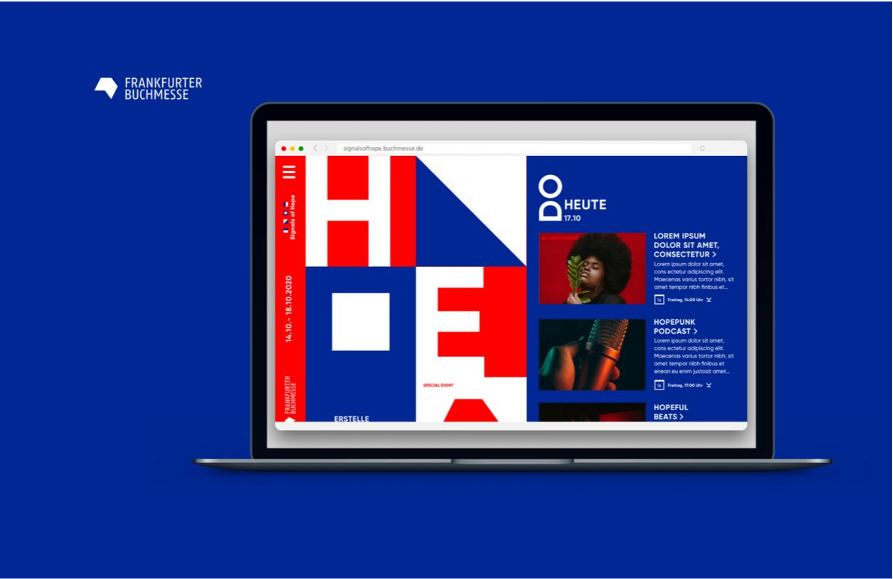 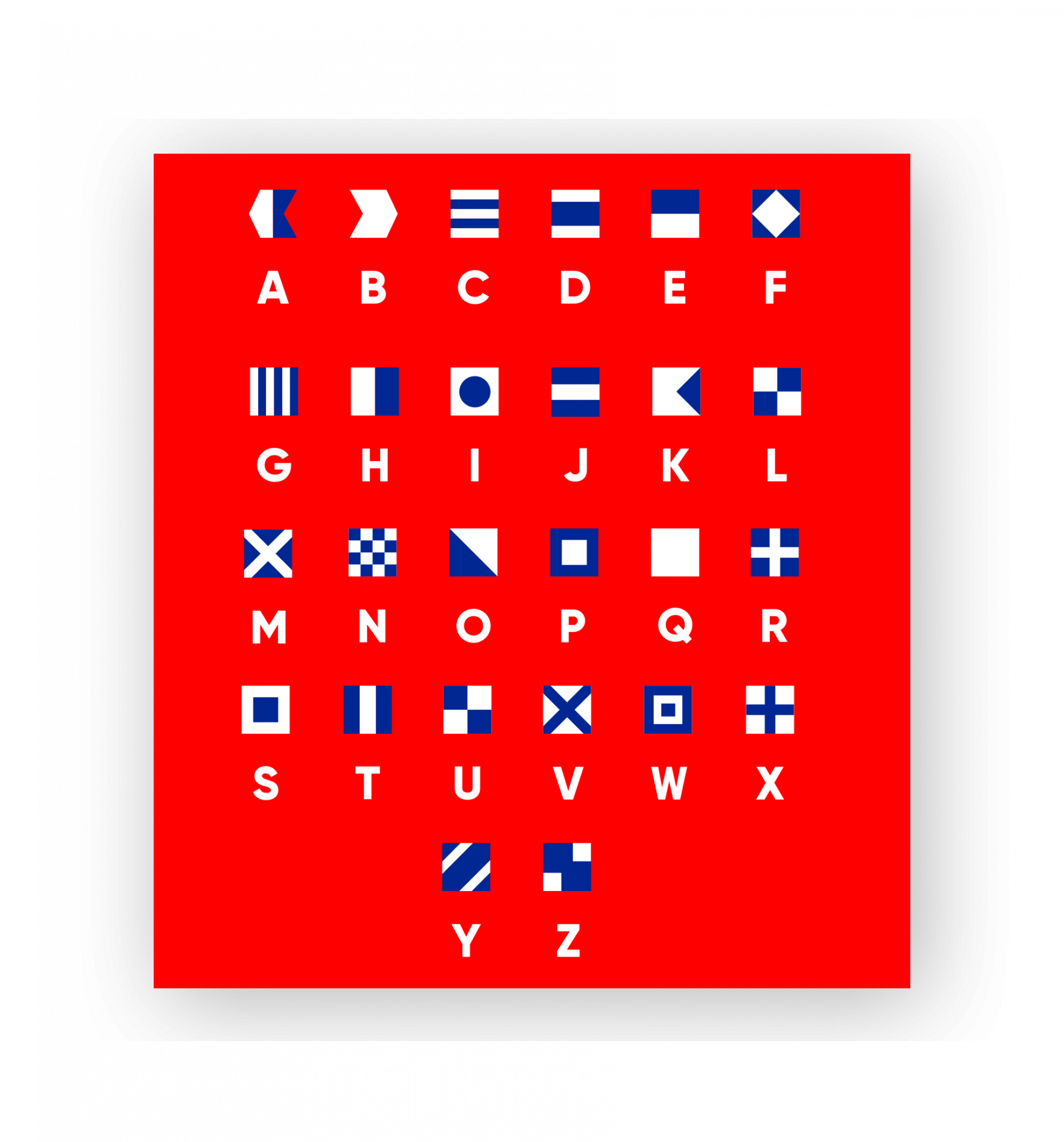 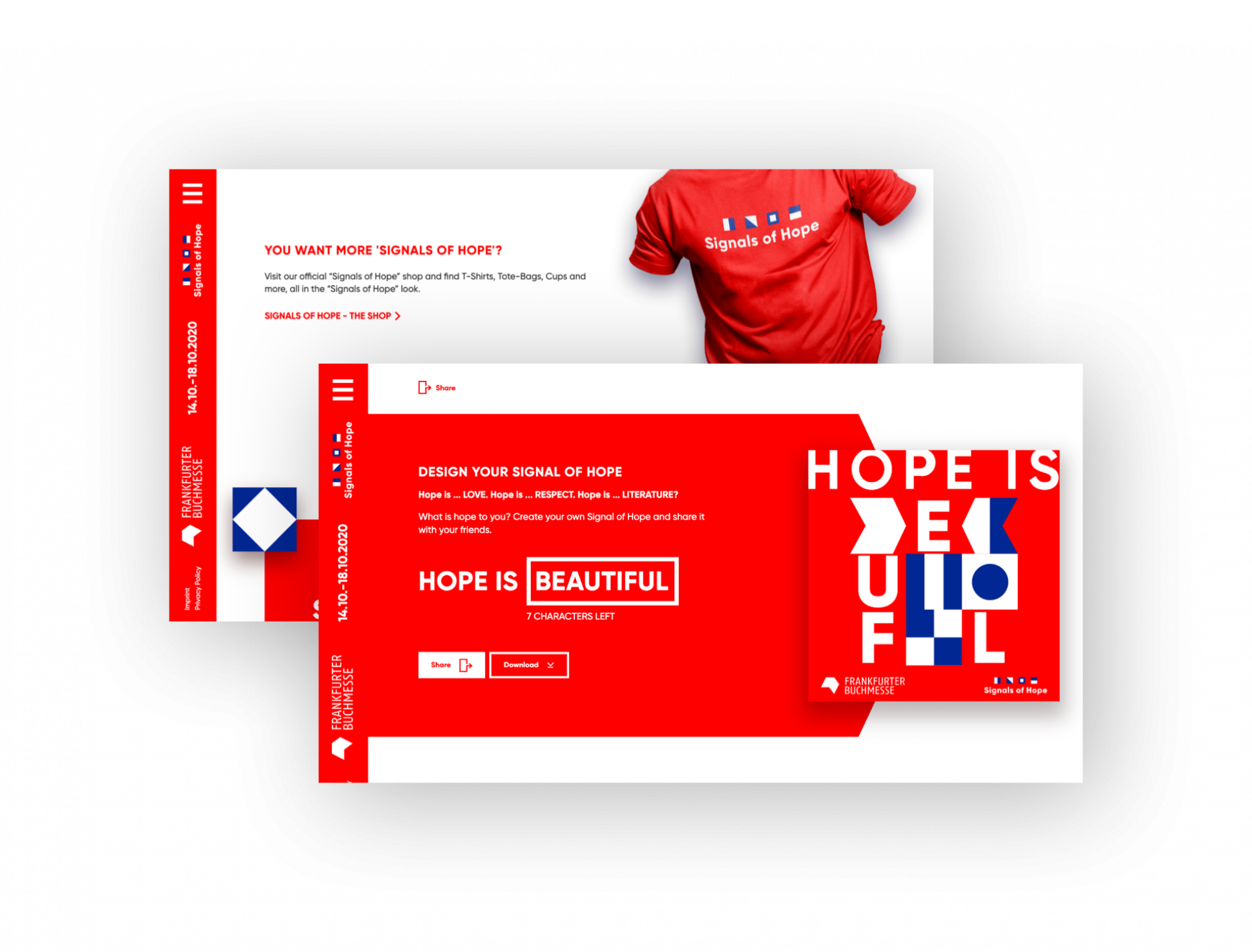 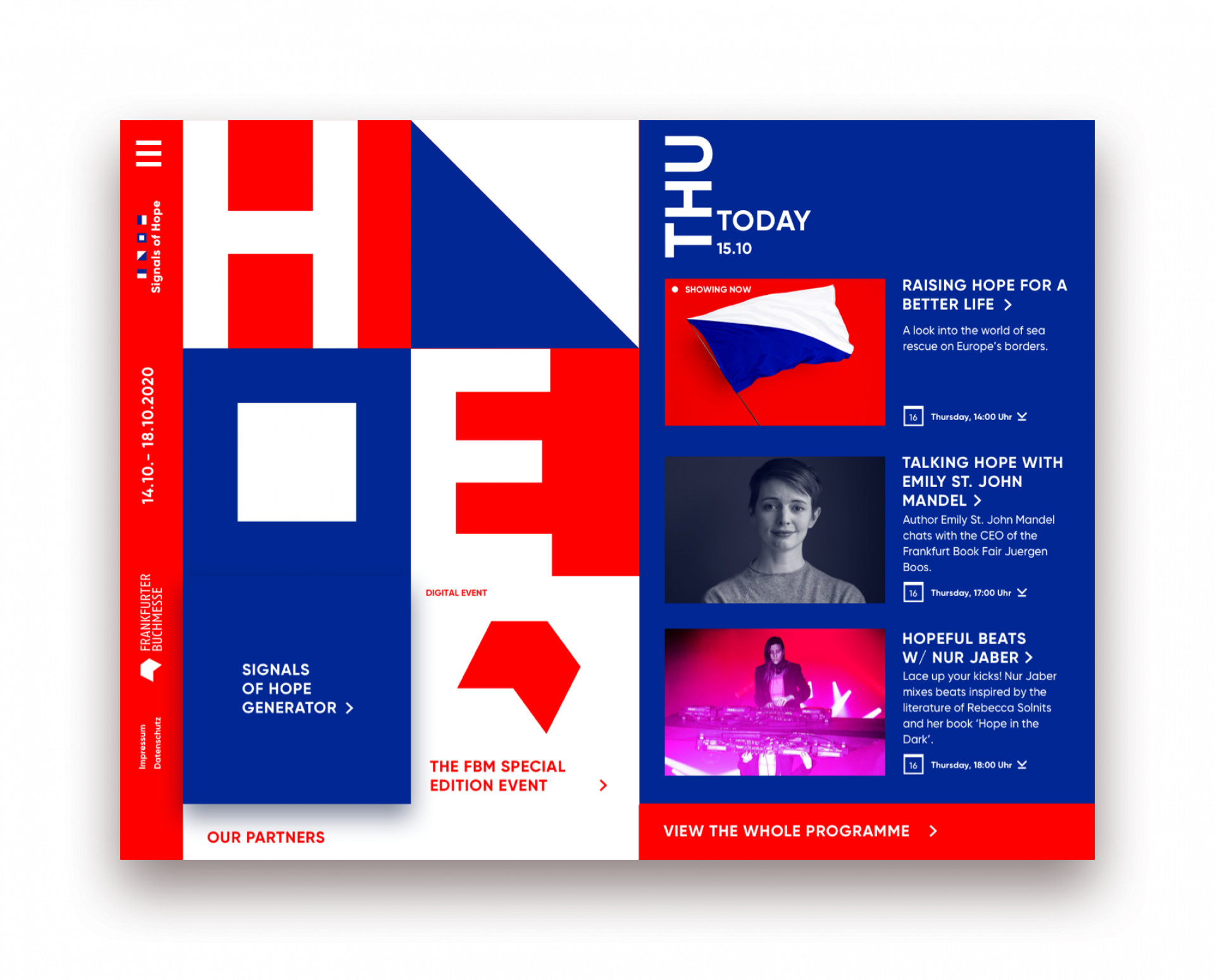 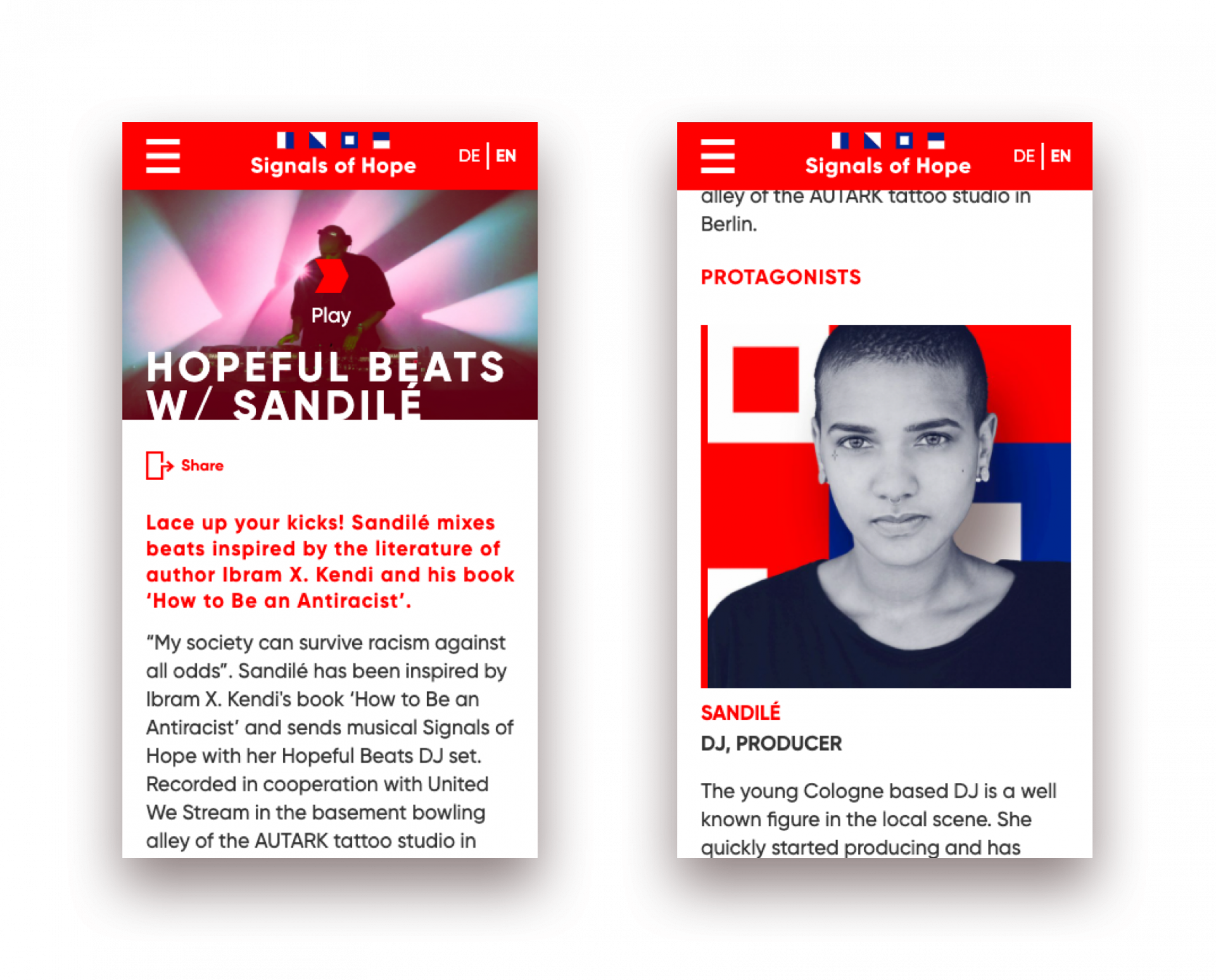 Challenge THE cultural event of every autumn, the Frankfurt Book Fair is invariably also a hub for socio-political debate. But how and where can issues such as climate, racism, sea rescue or equality be discussed when the gates to the fair remain closed due to a pandemic – and still offer visitors the immersive and emotional experience so typical of fairs and a stage for the partners such as publishers and authors who are so important for the Frankfurt Book Fair? Idea Under the SIGNALS OF HOPE leitmotiv, the Frankfurt Book Fair’s first digital and international podium event was created – one that makes its mark. Inspired by the international signal flag alphabet, we developed our own distinct visual language that presents the program in an eye-catching and playful manner, which can also be adopted and disseminated by digital fair’s visitors themselves. The program itself is designed in such a way that it offers publishers and authors a wide range of possibilities for presentation and interaction. Measures On our virtual stage, the Hope Salon, discussion among those affected and experts from organizations such as the UN, Amnesty International or Fridays for Future took place. Video essays, poetry slams, readings, DJ sets and podcasts explored the topics further on a specially developed website and offered users a variety of points of contact to the issues being discussed as well as unconventional platforms for new literary publications. A generator allowed visitors to playfully create their own SIGNAL OF HOPE and share it via social media: #signalsofhope