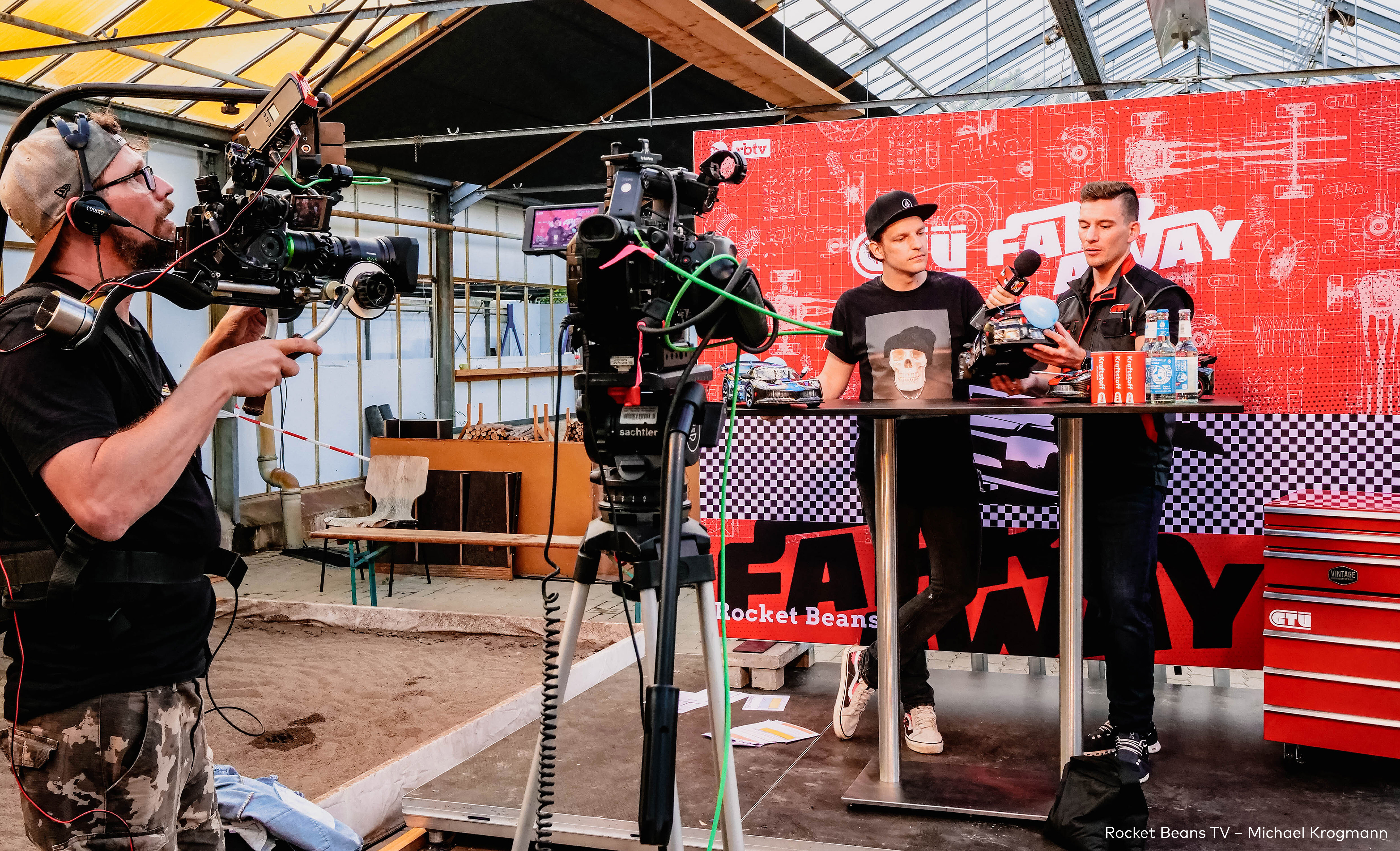 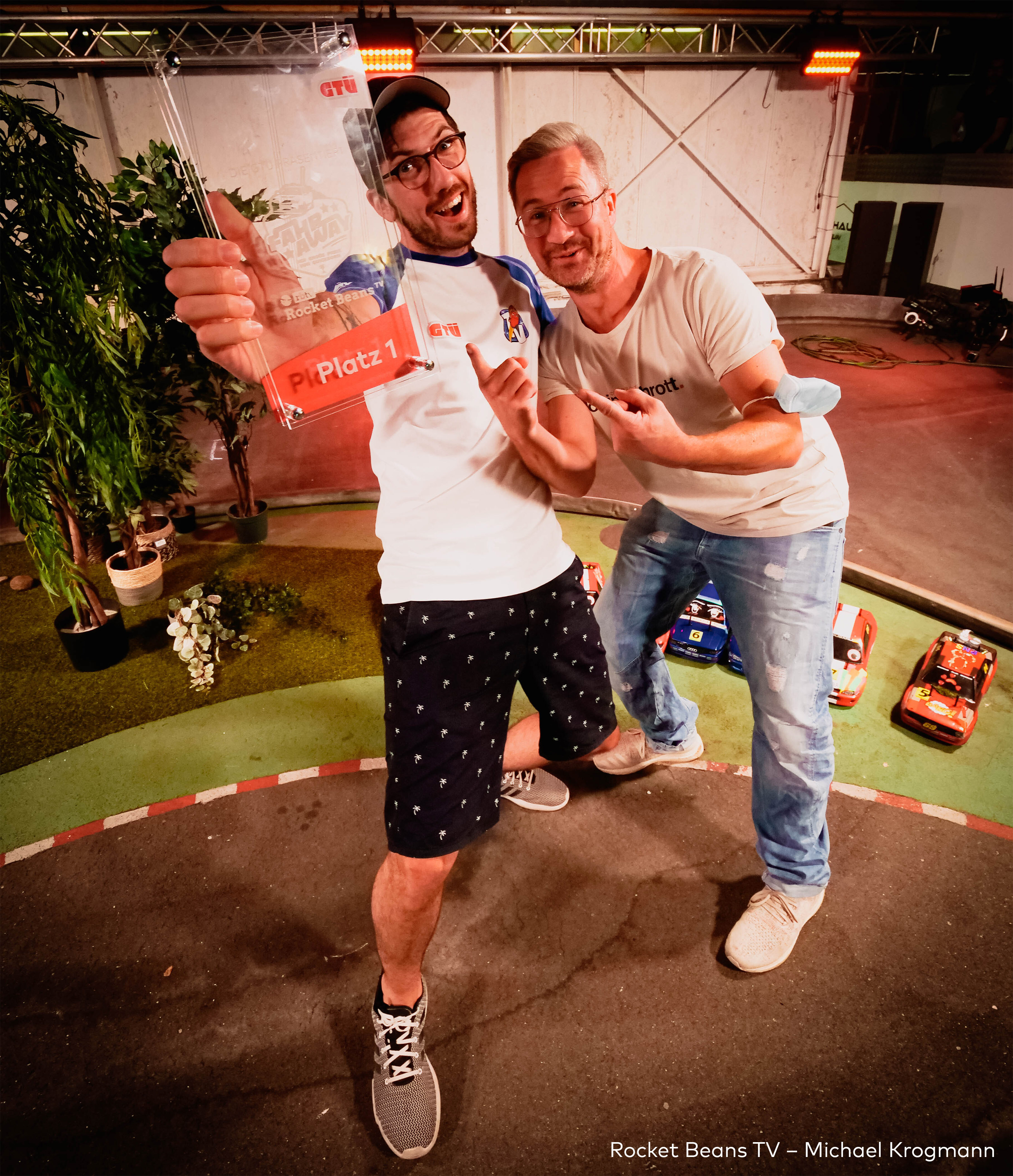 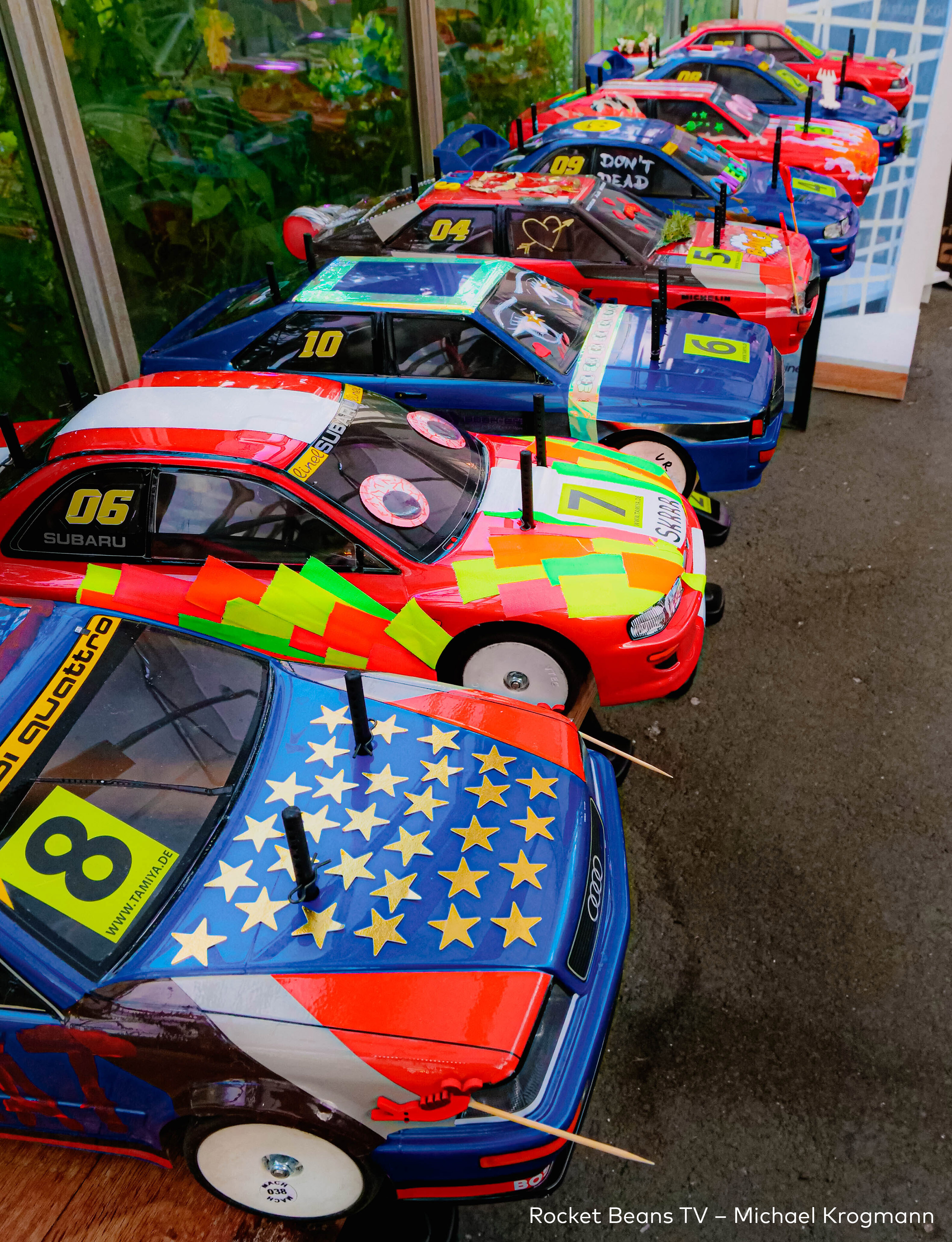 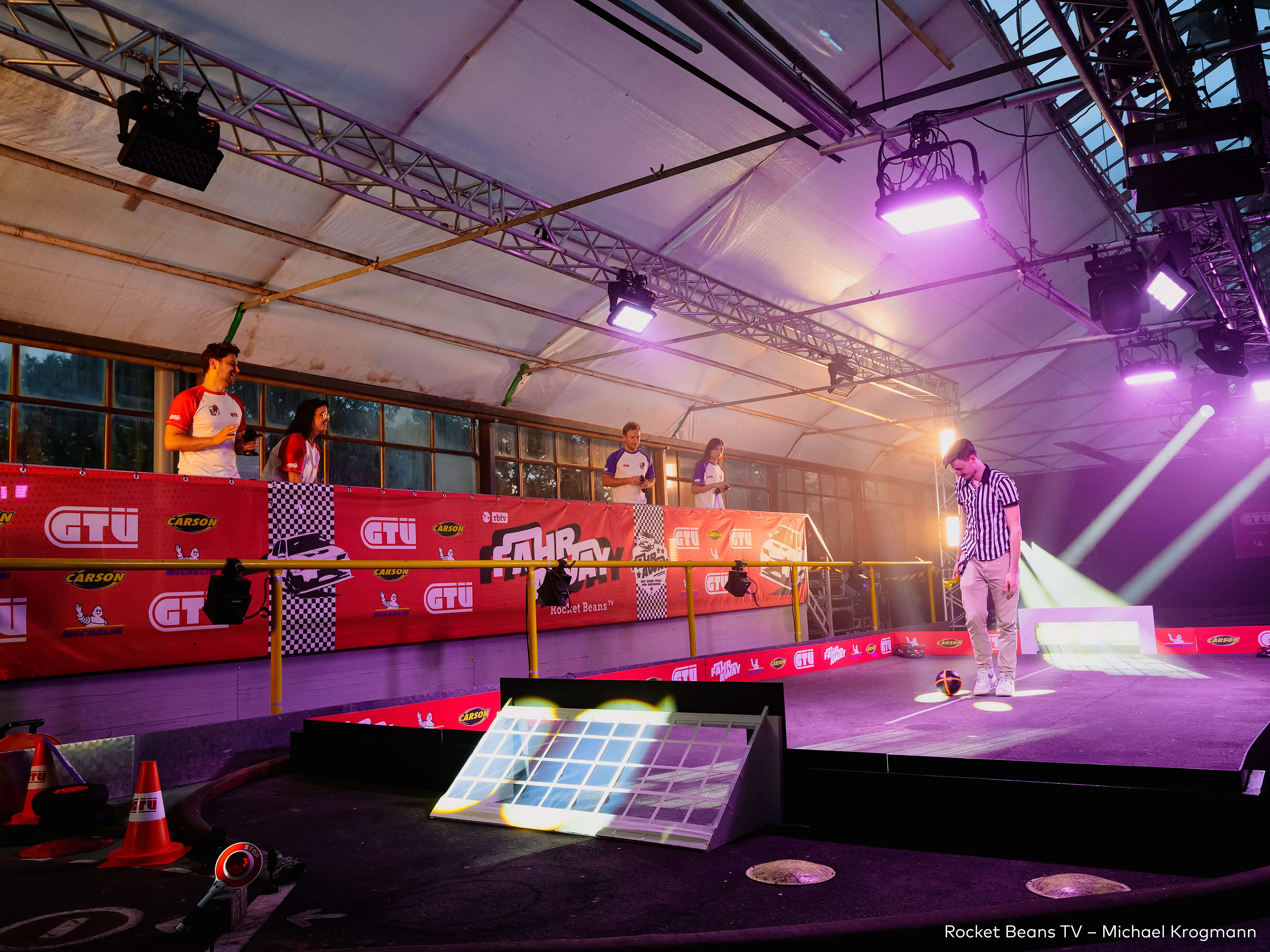 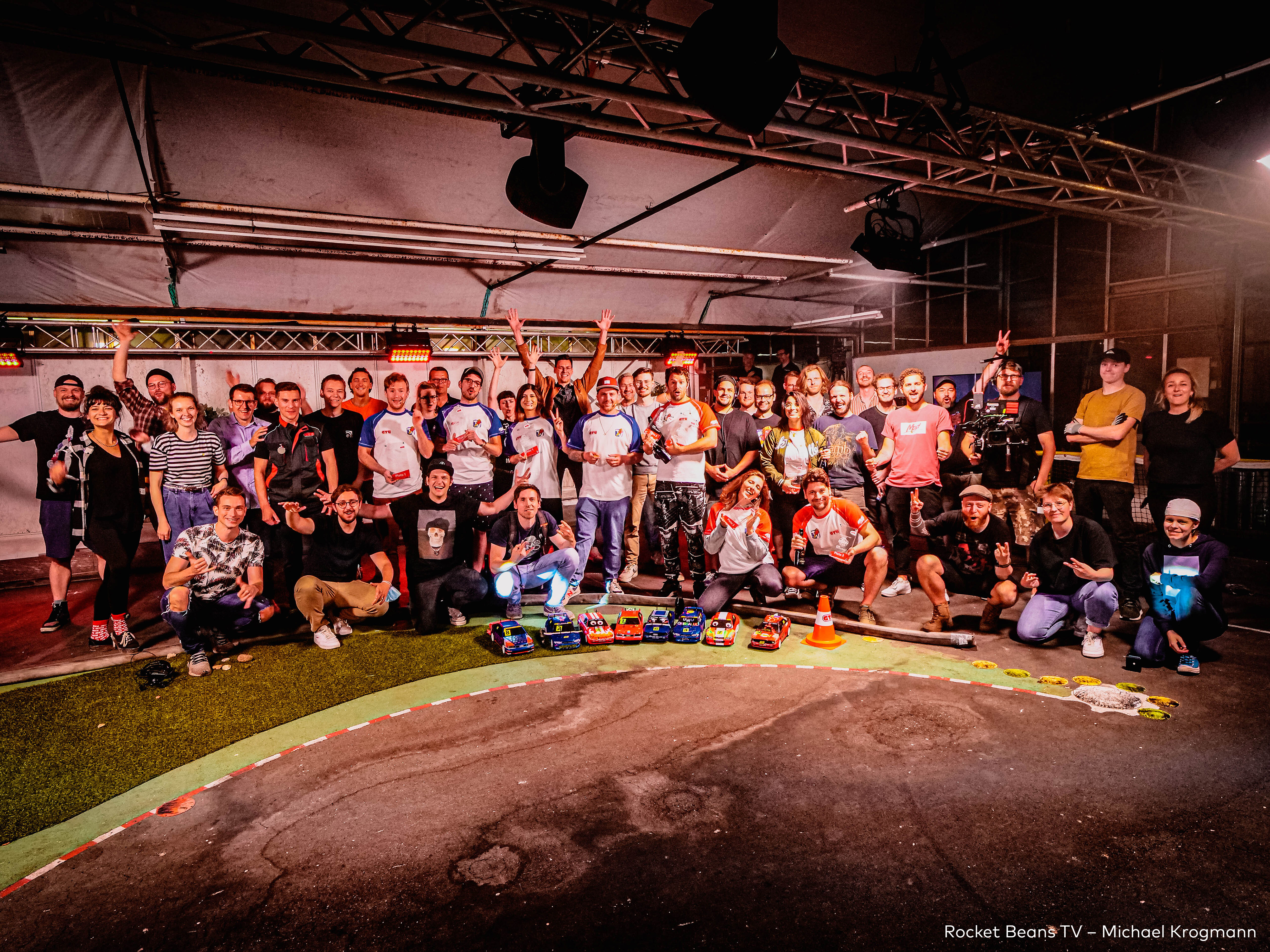 Fahr Away – The Grand Prix of Quickborn

Action, excitement and spectacle: This was the promise of the "Remote Control Car" tournament presented by GTÜ Gesellschaft für Technische Überwachung mbH live on Rocket Beans TV. The entertainment format was held on 31 July 2021 in Germany's first RC hall under the title of "Fahr Away – The Grand Prix of Quickborn". Four influencers (Maxim, AlexiBexi, Brian, Mahluna) competed in different disciplines against a team of four from Rocket Beans TV, with the aim of winning the "Grand Prix", the GTÜ Award. For GTÜ, the idea behind the event is a move to increase brand awareness among a young, tech-savvy target group, taking into account the ever-growing use of streaming and the rising popularity of the gaming sector. The guiding idea of reinterpreting GTÜ's core business through the eyes of the target group ran through all format components: The motor vehicle became a playful, childlike remote-control car that promised entertainment and fun from the outset. The test engineer became the authentic testimonial on site, who checked the roadworthiness of the remote-control cars kind of tongue-in-cheek. The event was promoted across social media channels in advance via Twitter, Instagram, Facebook and YouTube. The Rocket Beans community commended the live format for its high entertainment value and compared it to Stefan Raab's well-known large-format shows. "Fahr Away" has laid the foundation for a long-term partnership between Rocket Beans TV and GTÜ to not only reach a young target audience, but to interact with them and entertain them in an authentic way.