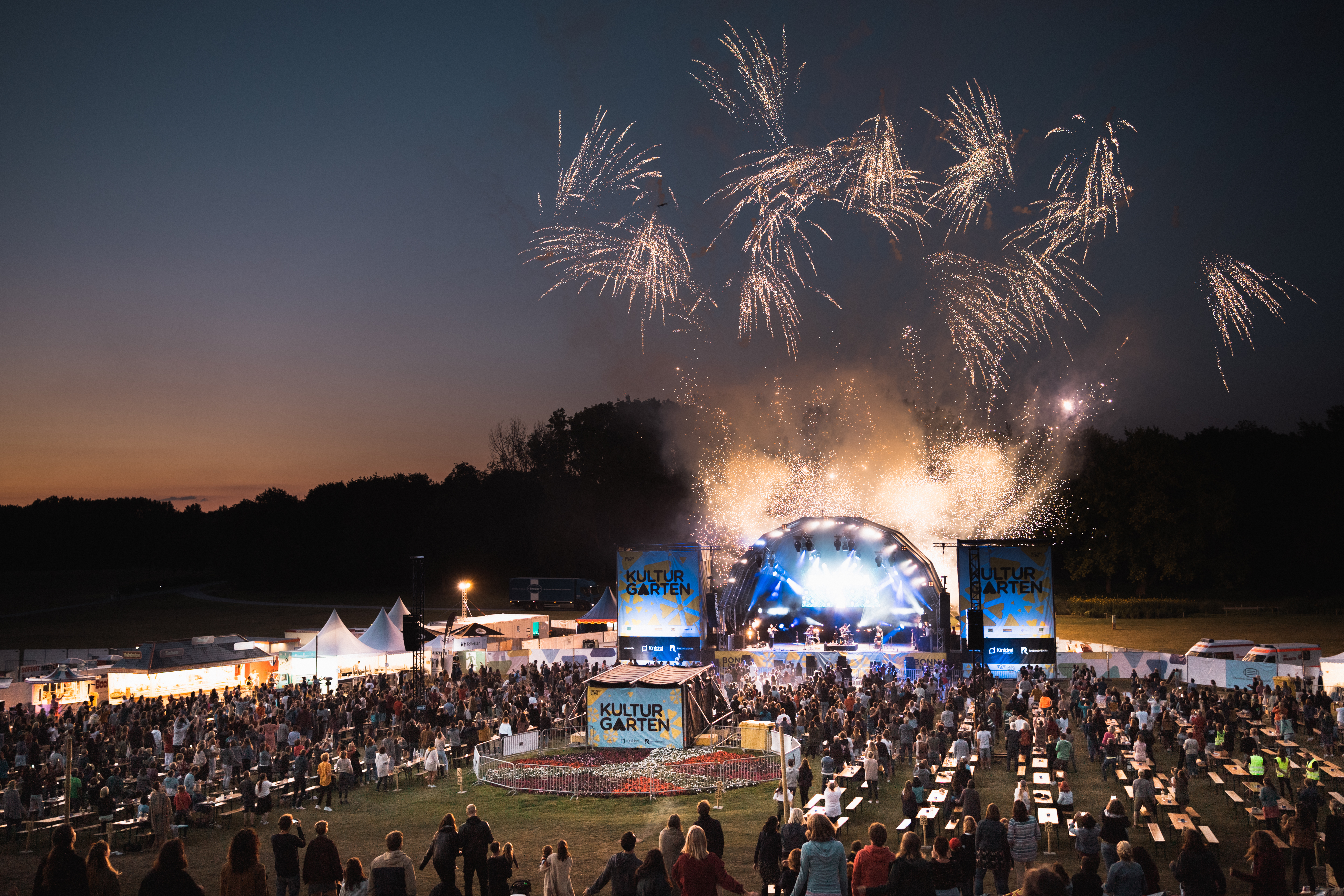 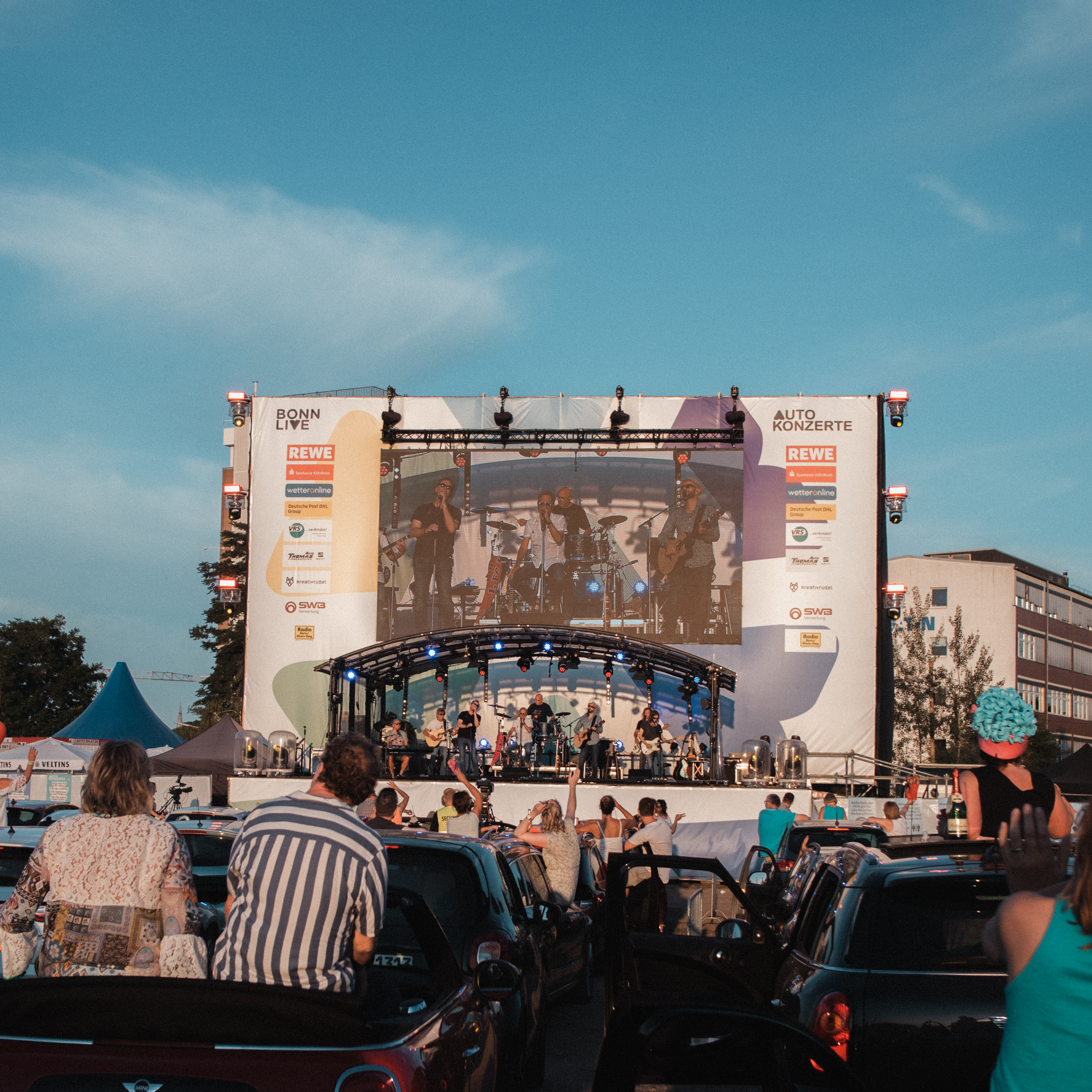 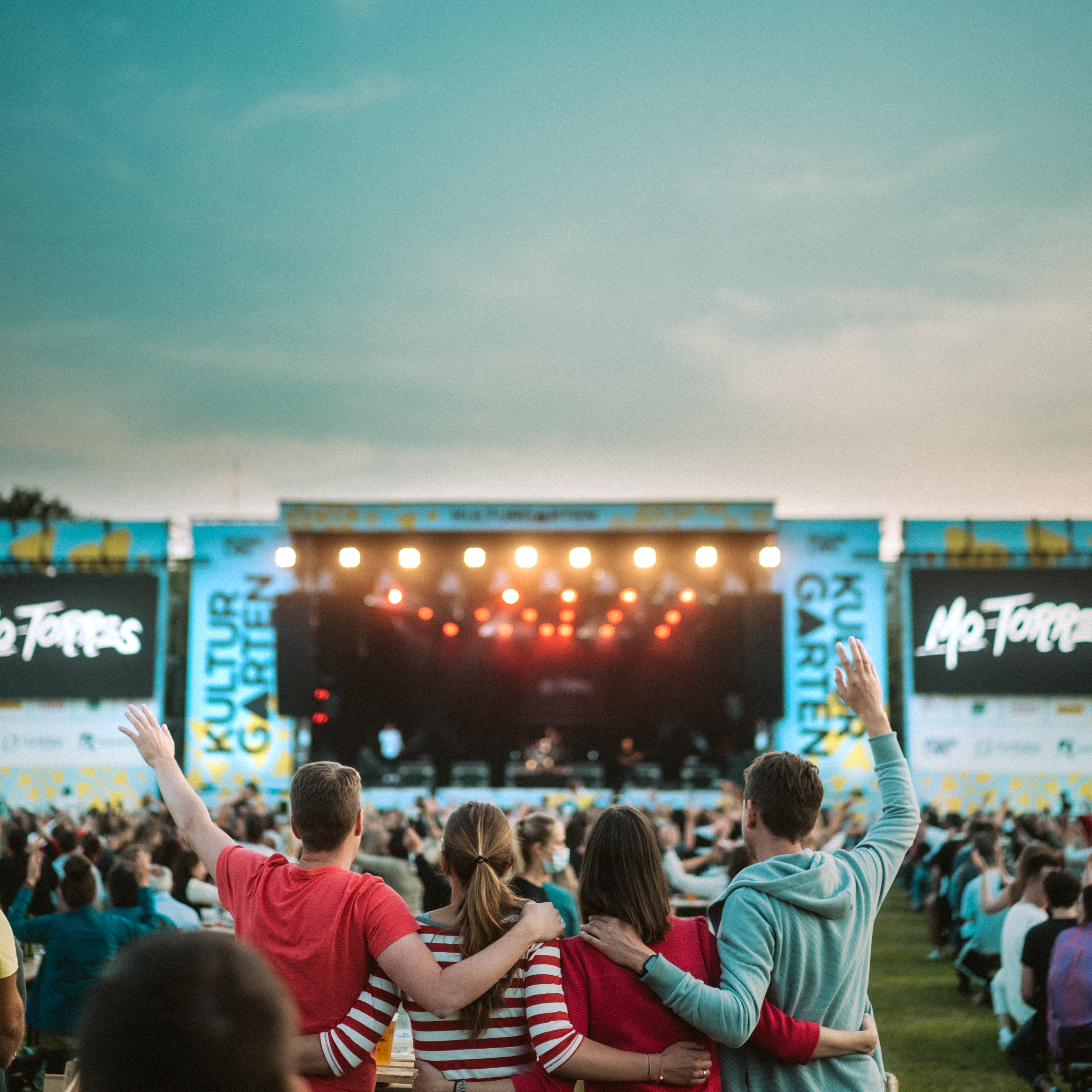 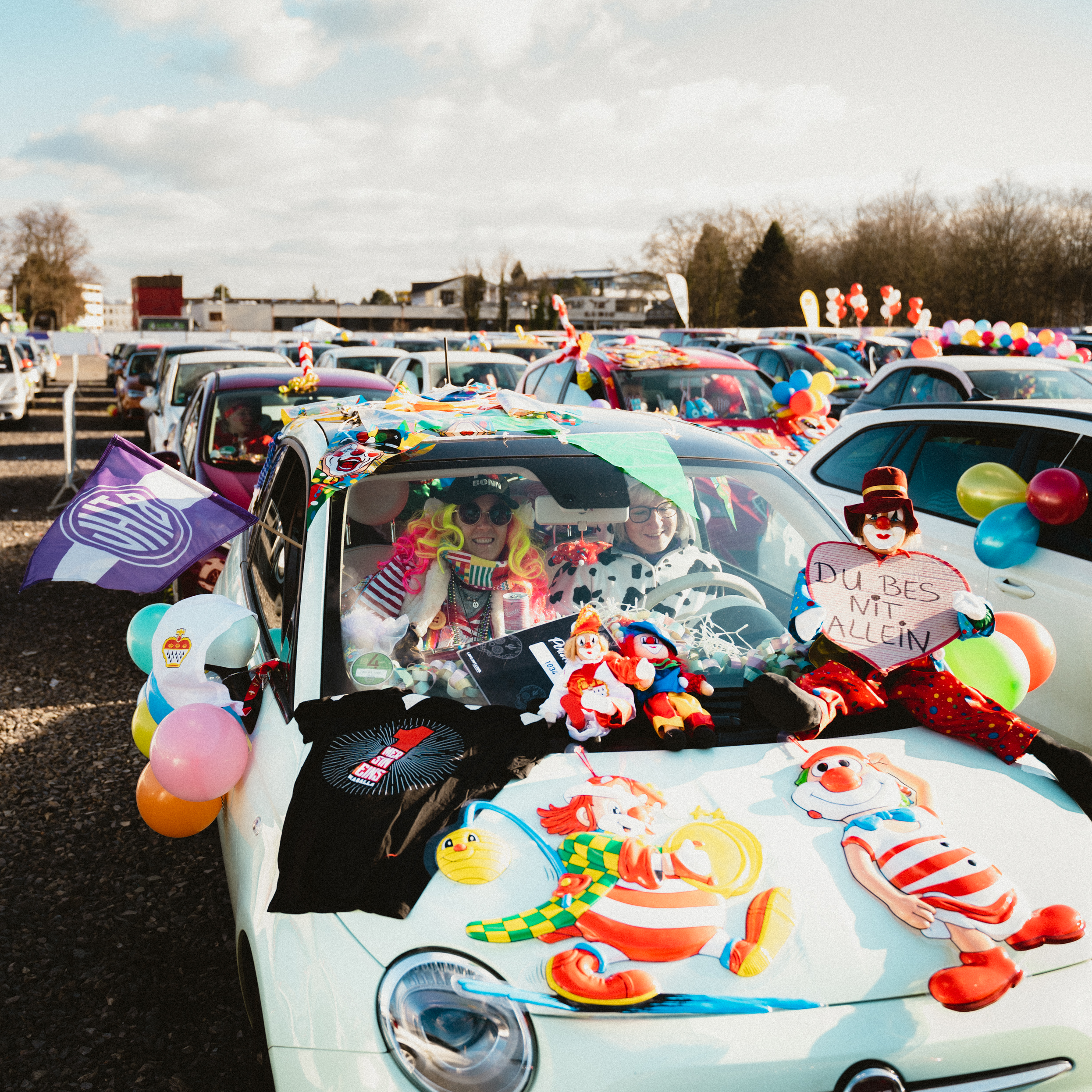 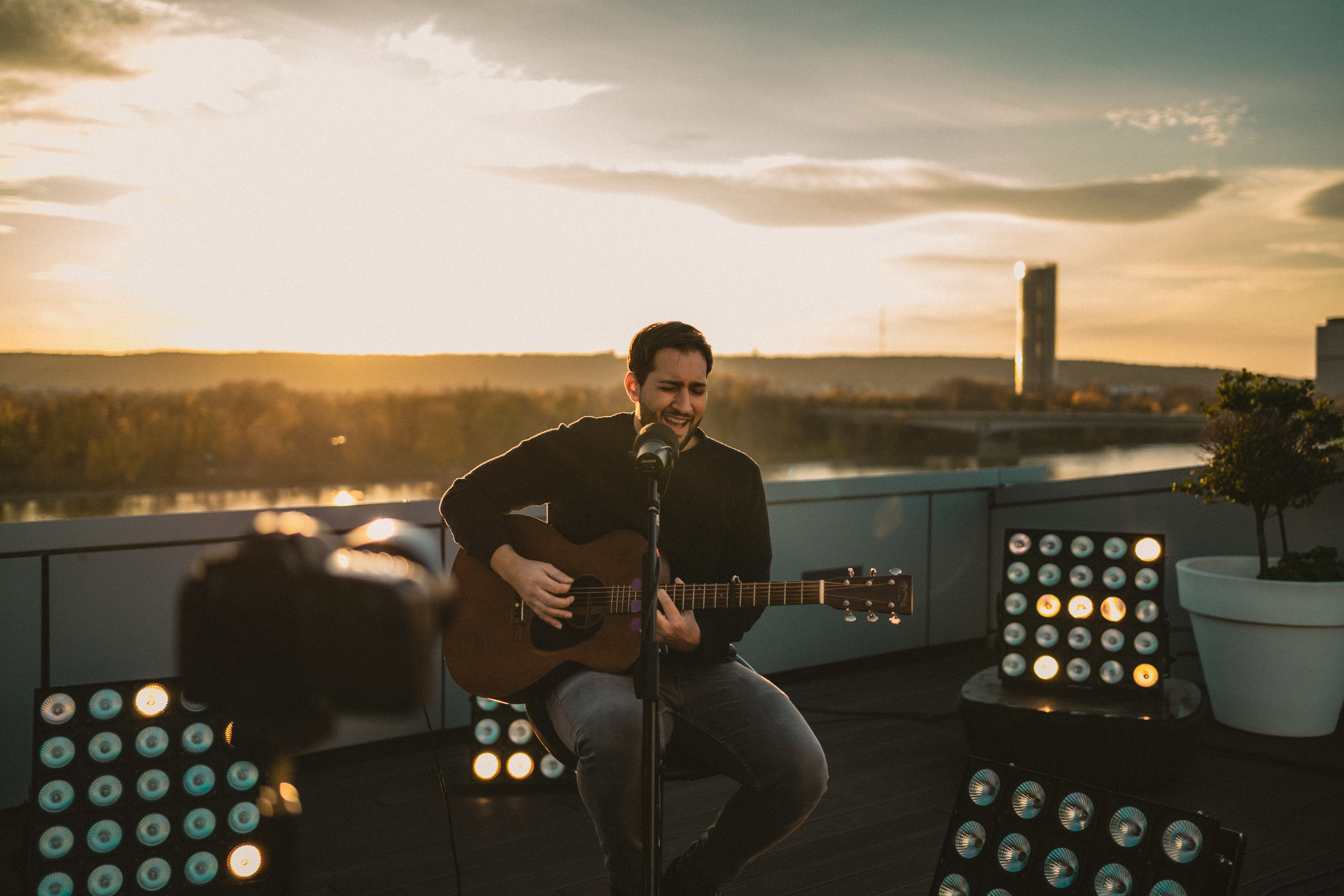 With the onset of the Corona pandemic, the event industry became unintentionally quiet, as well. The young agency fünfdrei eventagentur did not want to remain inactive, which led to the founding of the BonnLive initiative. For this project, a series of Covid-19 compliant events were organised, making culture possible again despite the strict regulations. The initiative started in March 2020 with the Kulturstream. Performances by regional artists were broadcasted on YouTube and Facebook from various locations in Bonn. More than 100 streams were viewed to a total of 300,000 times and cultural workers were able to continue their activities. The second BonnLive project started in mid-May. 20,000 visitors enjoyed the Autokonzerte. Over a period of seven weeks, 70 shows took place, thus the feeling of live performances returned at least a little. In the summer of 2020, BonnLive created Germany's broadest open-air venue during the pandemic: the Kulturgarten. In a beer garden atmosphere, over 60 shows took place for eight weeks with more than 50,000 happy visitors. The second corona wave in December 2020 restricted organisers again, hence a second series of Kulturstreams with 32 shows was organised. A small ray of hope for those involved in culture in this dreary winter. At the turn of the year, no improvement in the incidences was in sight and carnival was cancelled also. BonnLive, however, was able to save the start of the new year with 37 Carnevalskonzerte for many carnivalists. Due to its successful staging in 2020, the BonnLive Kulturgarten went into the second round in the summer of 2021 and provided a rollicking Corona-compliant festival summer.