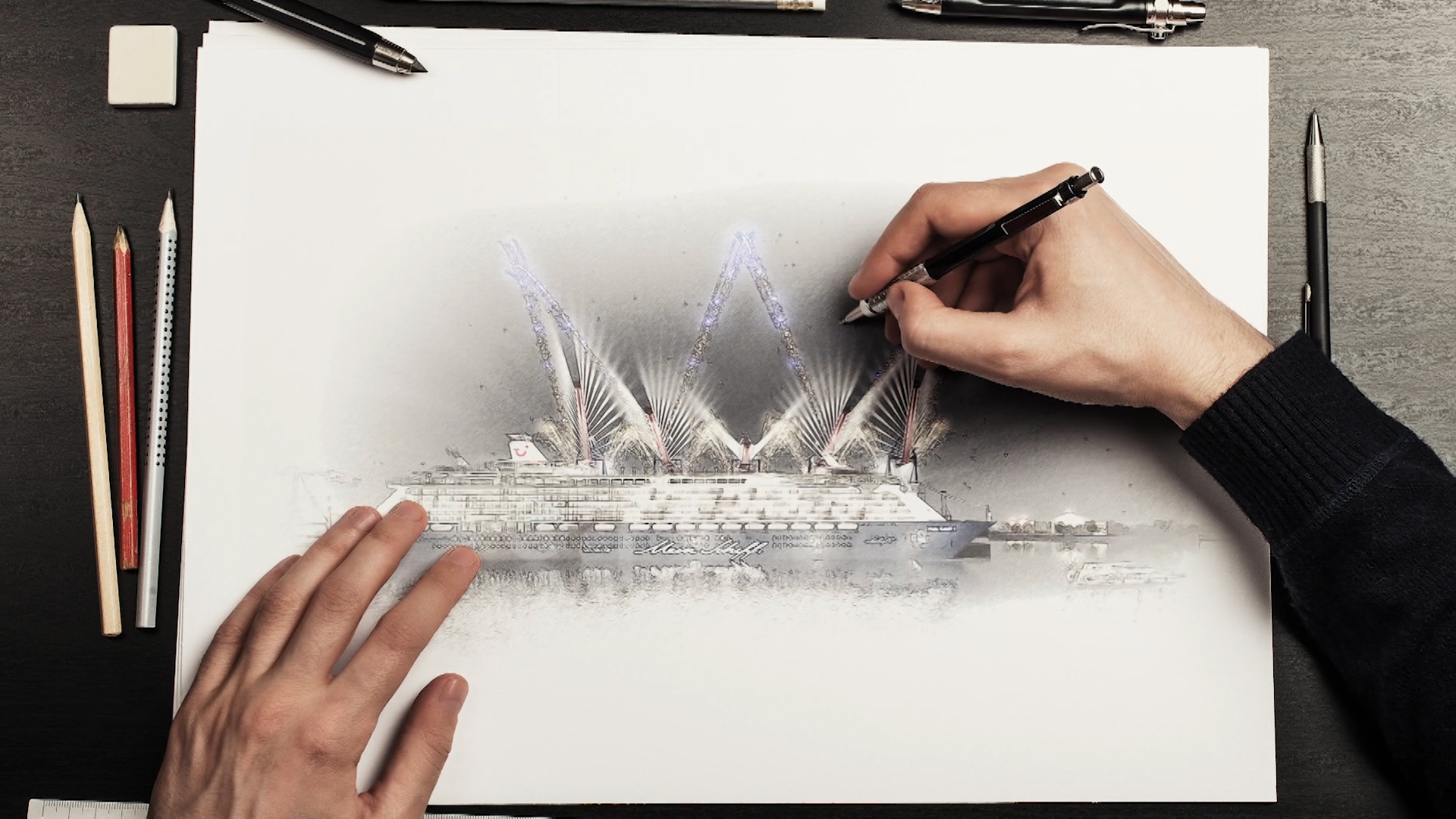 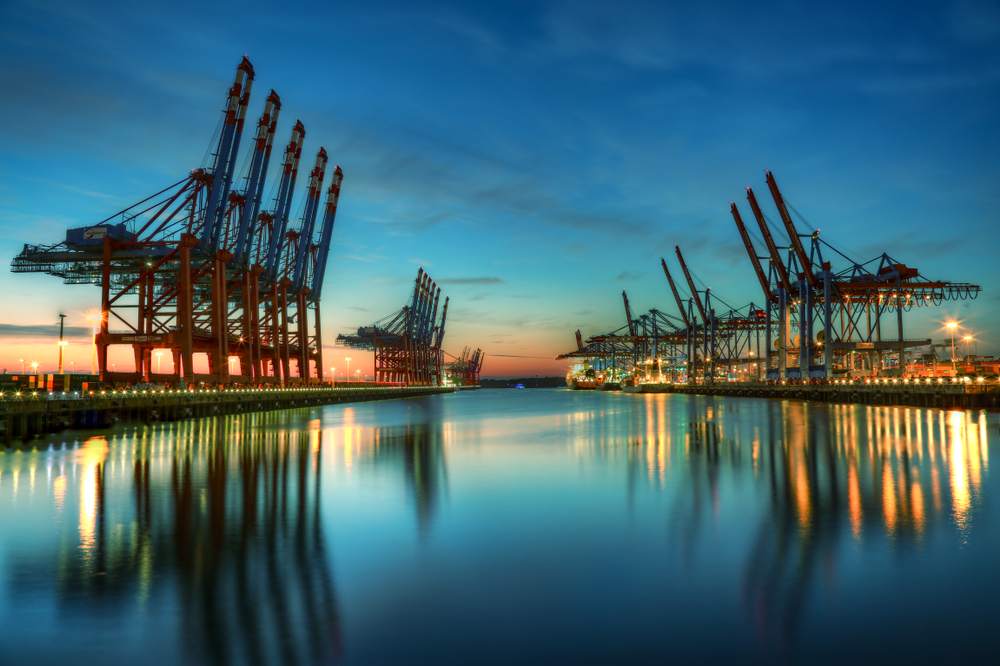 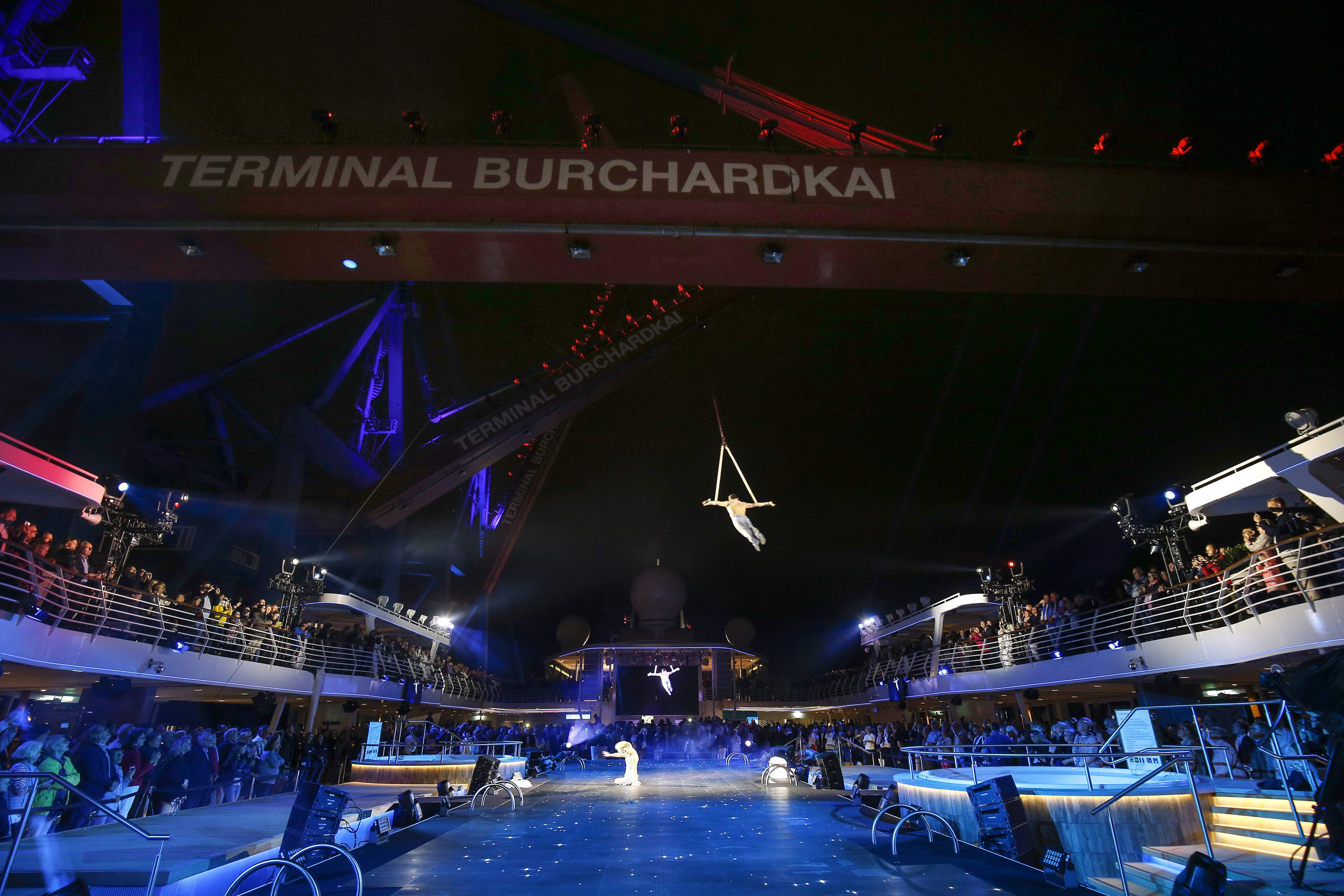 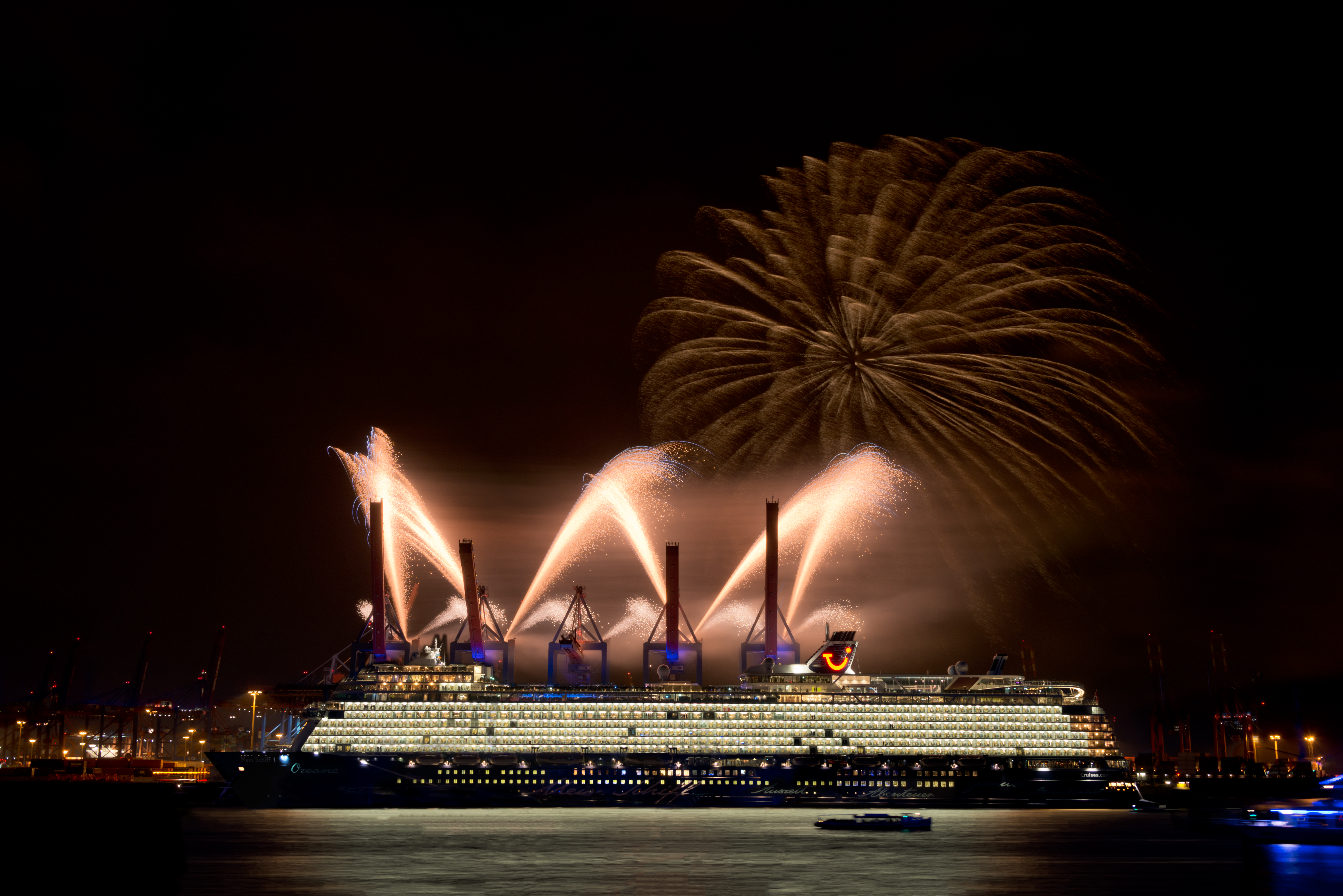 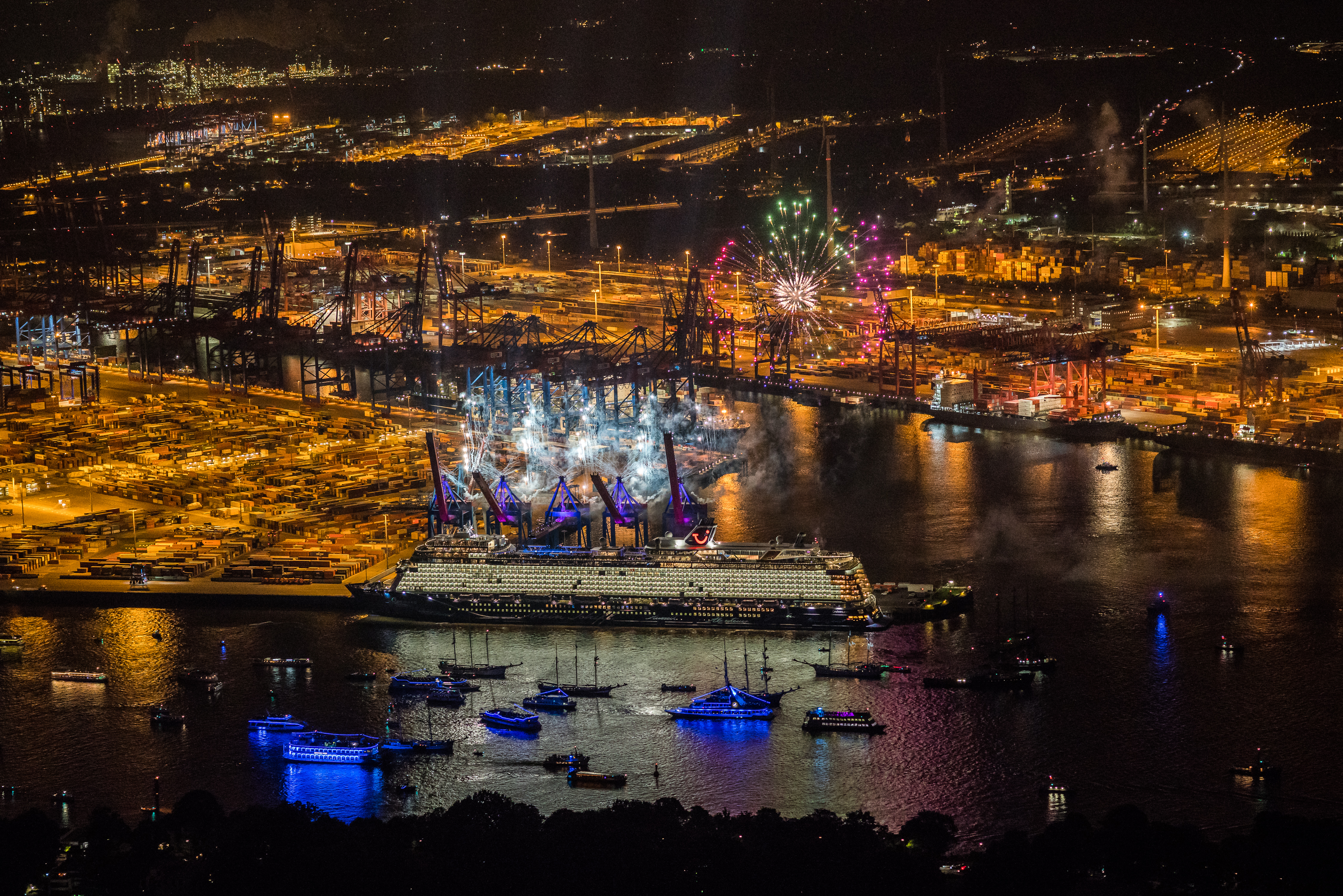 The new edition ’Mein Schiff 1’ takes premium cruising to the next level: more space, more comfort, more sports… so this majestic liner deserved more than a simple christening ceremony. Representing a new generation of TUI Cruises ships, it merited being crowned the 'new number one’. A memorable event needs a unique location and the HHLA Container Terminal at Hamburg’s Burchardkai – Europe’s largest transhipment point – ticked all the boxes for the coronation of this exceptional ocean liner. The impressive industrial backdrop representing the essence of Hamburg set the scene for a one-of-a-kind ship naming event. Entertainment aspiring to excellence: LEDs above the 25-meter-long pool deck transformed it into a virtual ocean where a mesmerizing diving show boasting top acts transported the audience into a mystical water world. Giant crane jibs over the deck became the showcase for mind-blowing aerial acts at dizzying heights. The international number one beach volleyball duo, Kira Walkenhorst and Laura Ludwig, swung the Champagne bottle on to hull of the number one spa and sport liner – unleashing the climax of the ceremony. The fan-like arrangement of the crane jibs, monumental light projections and pyrotechnics formed a majestic corona above the ship, while additional light effects and fireworks turned the surface of the river Elbe into a shimmering, incandescent carpet of light. A crown of fireworks and laser beams marked the grand finale – providing a high-impact PR image that went around the globe.