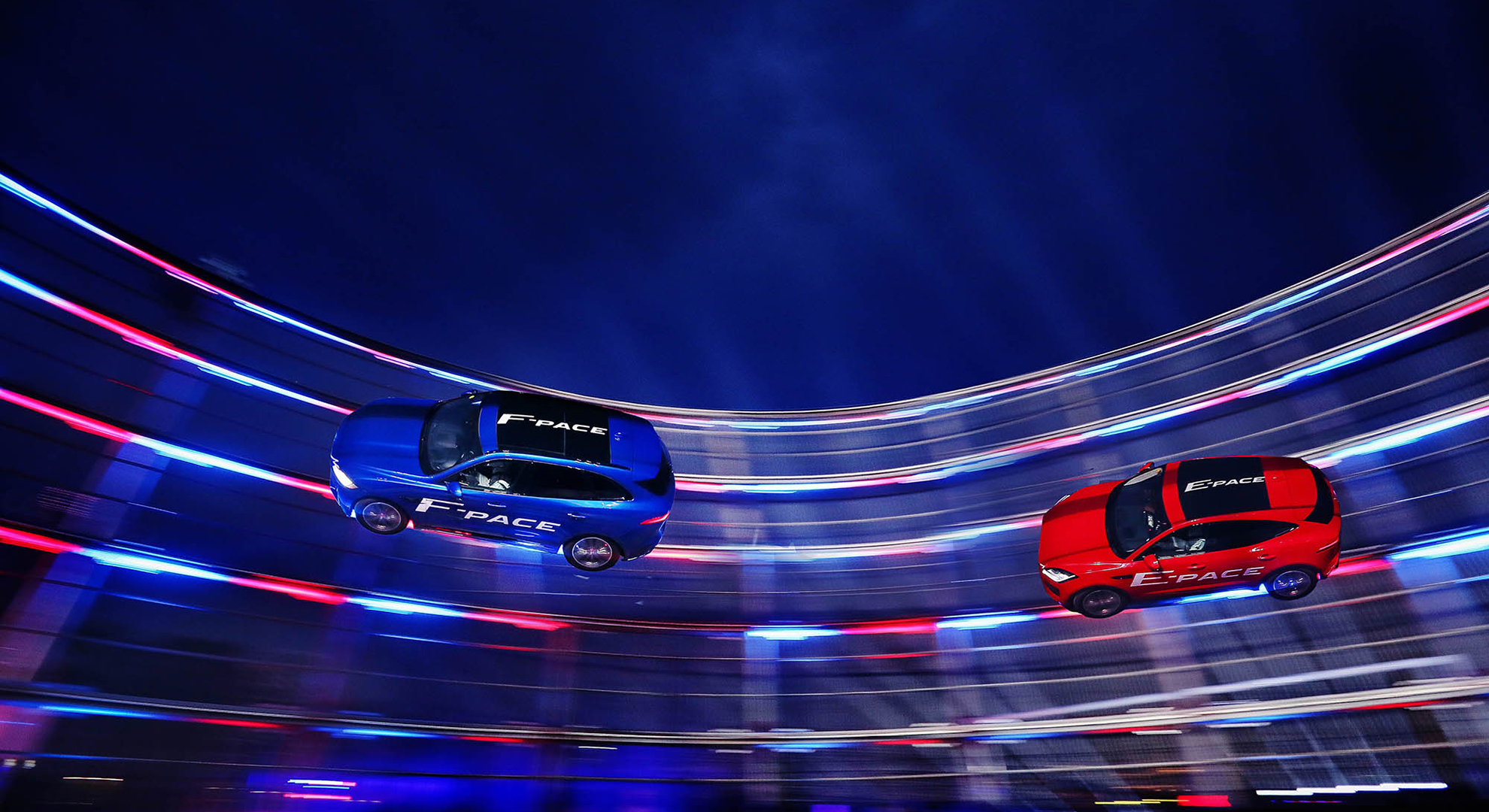 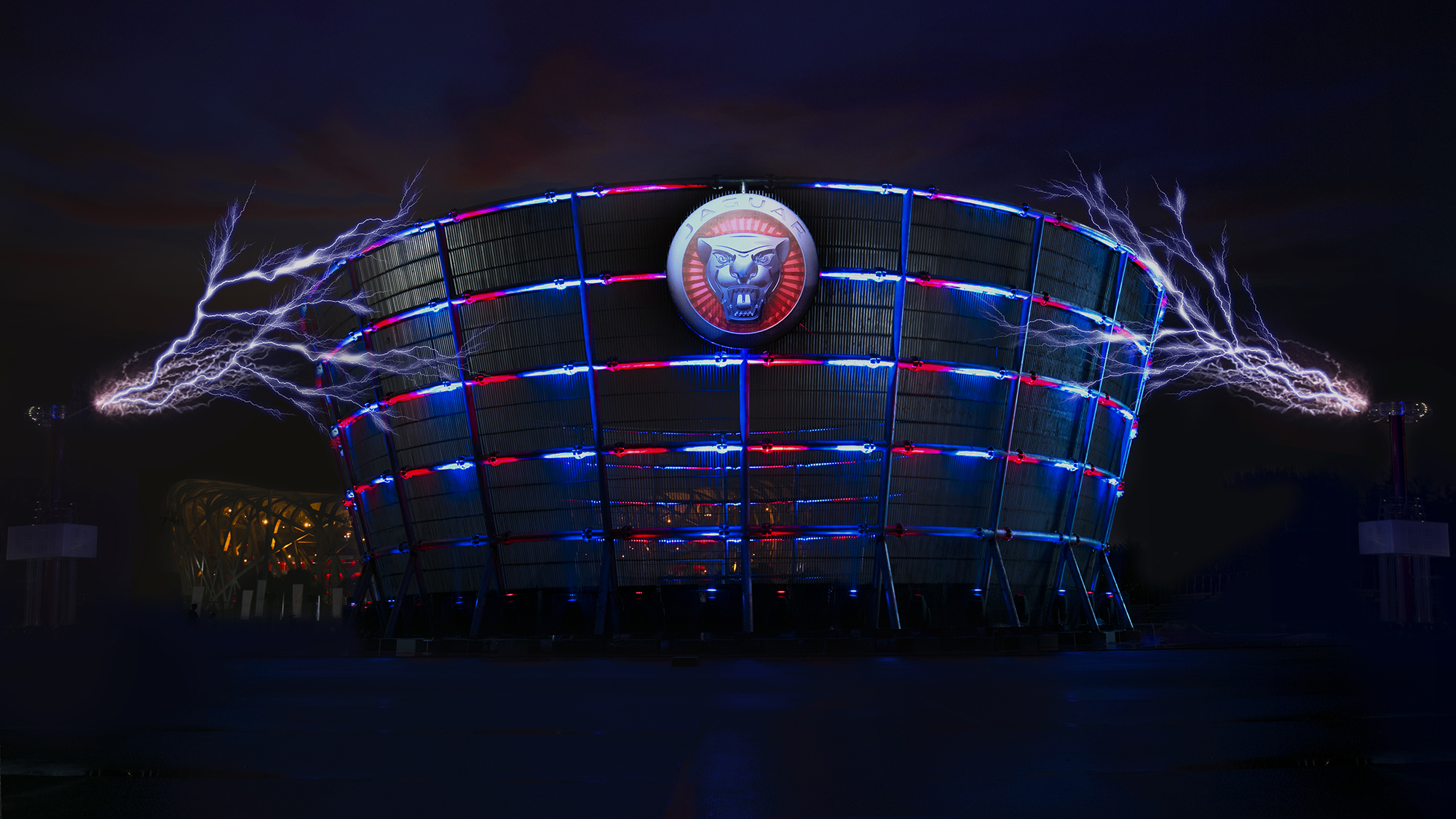 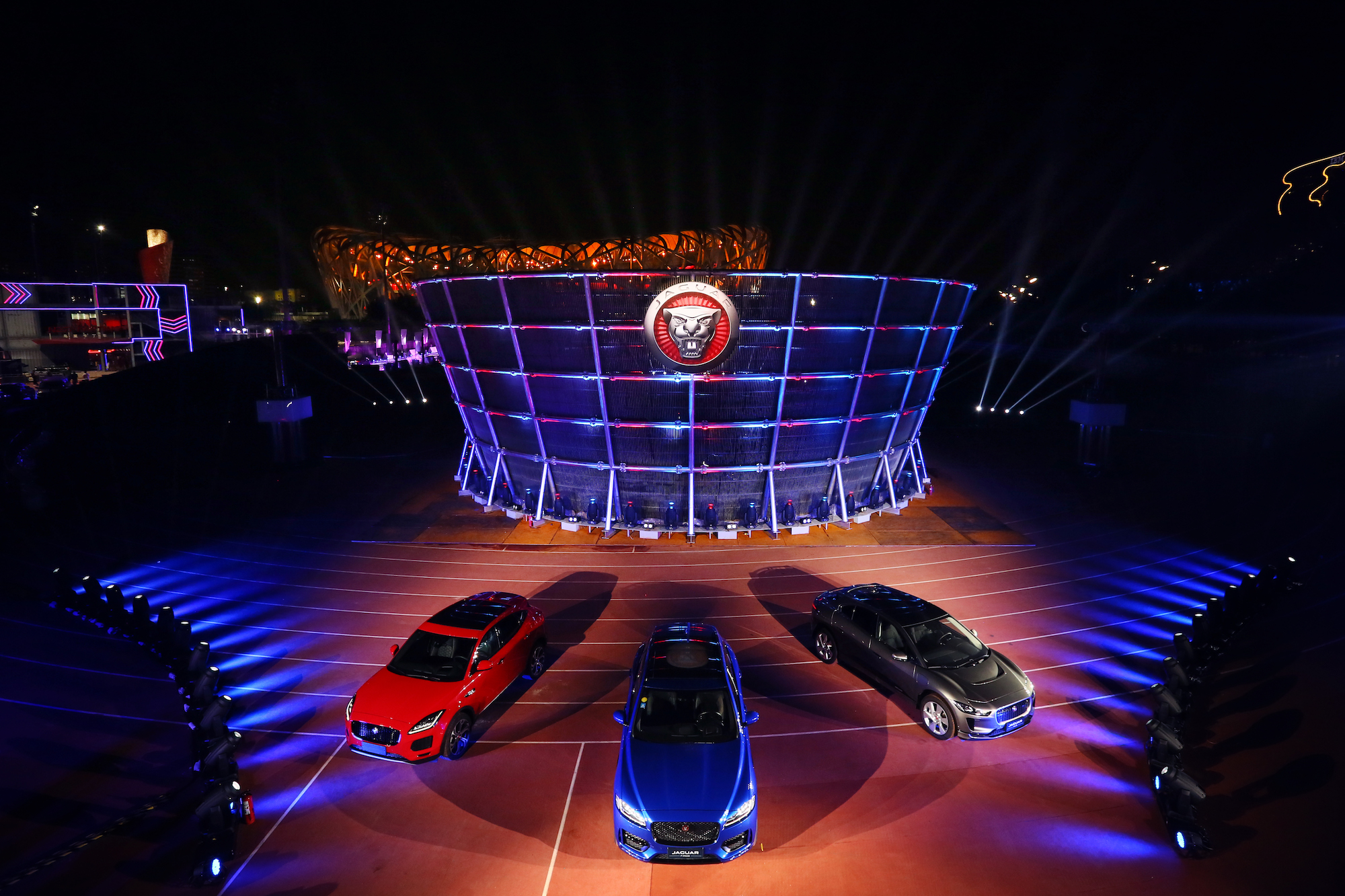 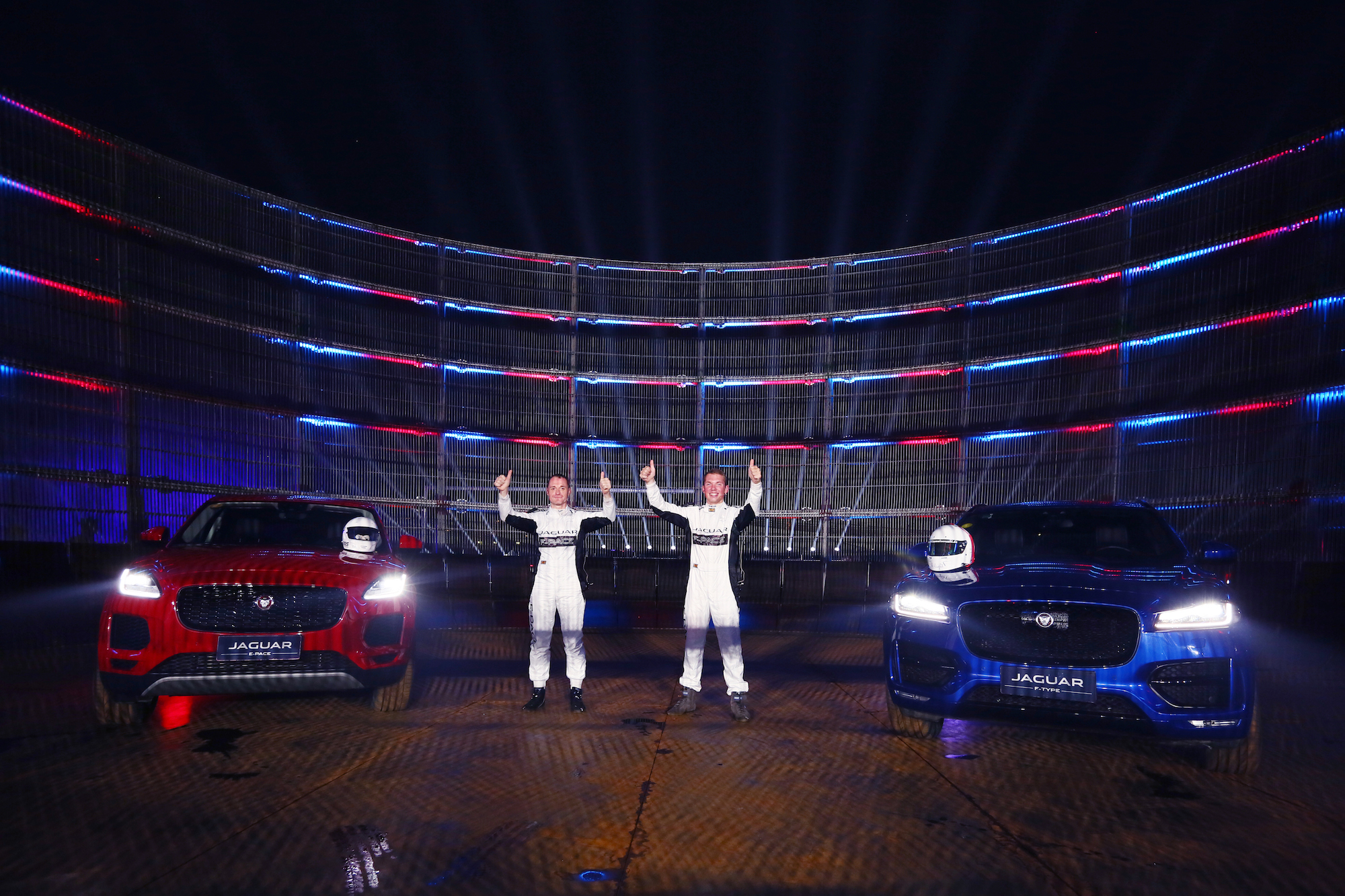 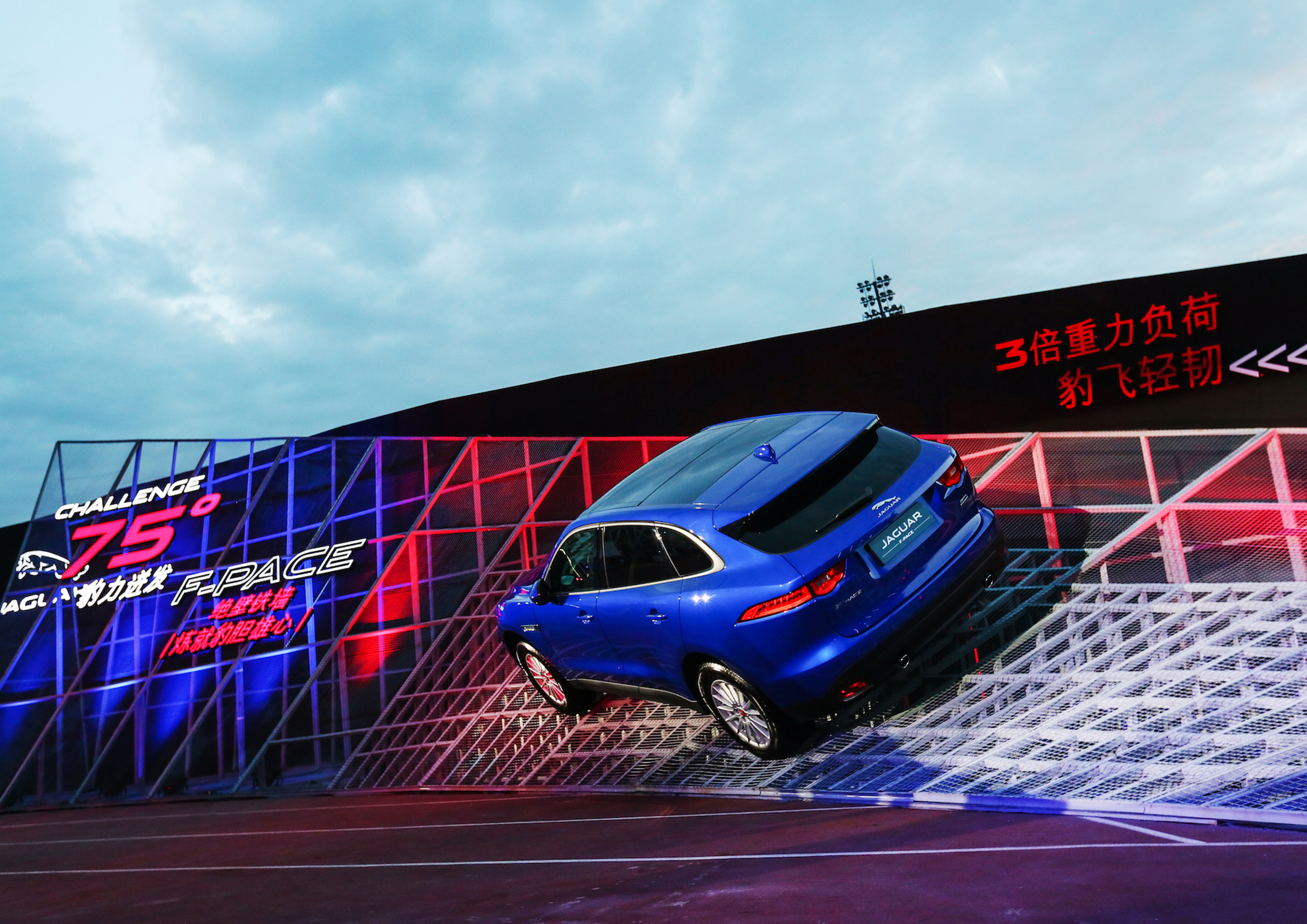 Jaguar F-PACE “Dare to Challenge” Season 3 Within the framework of the Chinese “Dare to Challenge” series by Jaguar F-Pace, a spectacular and sensational event was to be realized. The aim was to demonstrate the performance of the F-PACE SUV. With this in mind, Uniplan set up, in just 45 days from nomination to event day, a dangerous stunt never performed before with car models of this kind: The Jaguar F-Pace Challenge. In the heart of Beijing, with the majestic Bird’s Nest in the background, a steel cage structure eight meters high and a weight of 150 tons was constructed. The walls of the almost vertical pipe had an angle of 75 degrees. Two SUVs, a Jaguar F-PACE and E-PACE, were to drive up the enormously steep walls of the pipe with their own power. The two cars had to chase each other in the steel cage with a gap of just 1.9 seconds. Both drivers were subjected to forces up to three times that of gravity. An important aspect was that the cars’ performance was not artificially enhanced for this stunt. For dramatic effect, two Tesla spools the size of telephone masts were positioned on each side of the cave. During the stunt, thundering lightning was spraying. Finished to perfection, we brought to life one of the most exciting challenges for Jaguar Land Rover. The event was transmitted live on various Chinese websites and has reached over 15 million viewers. 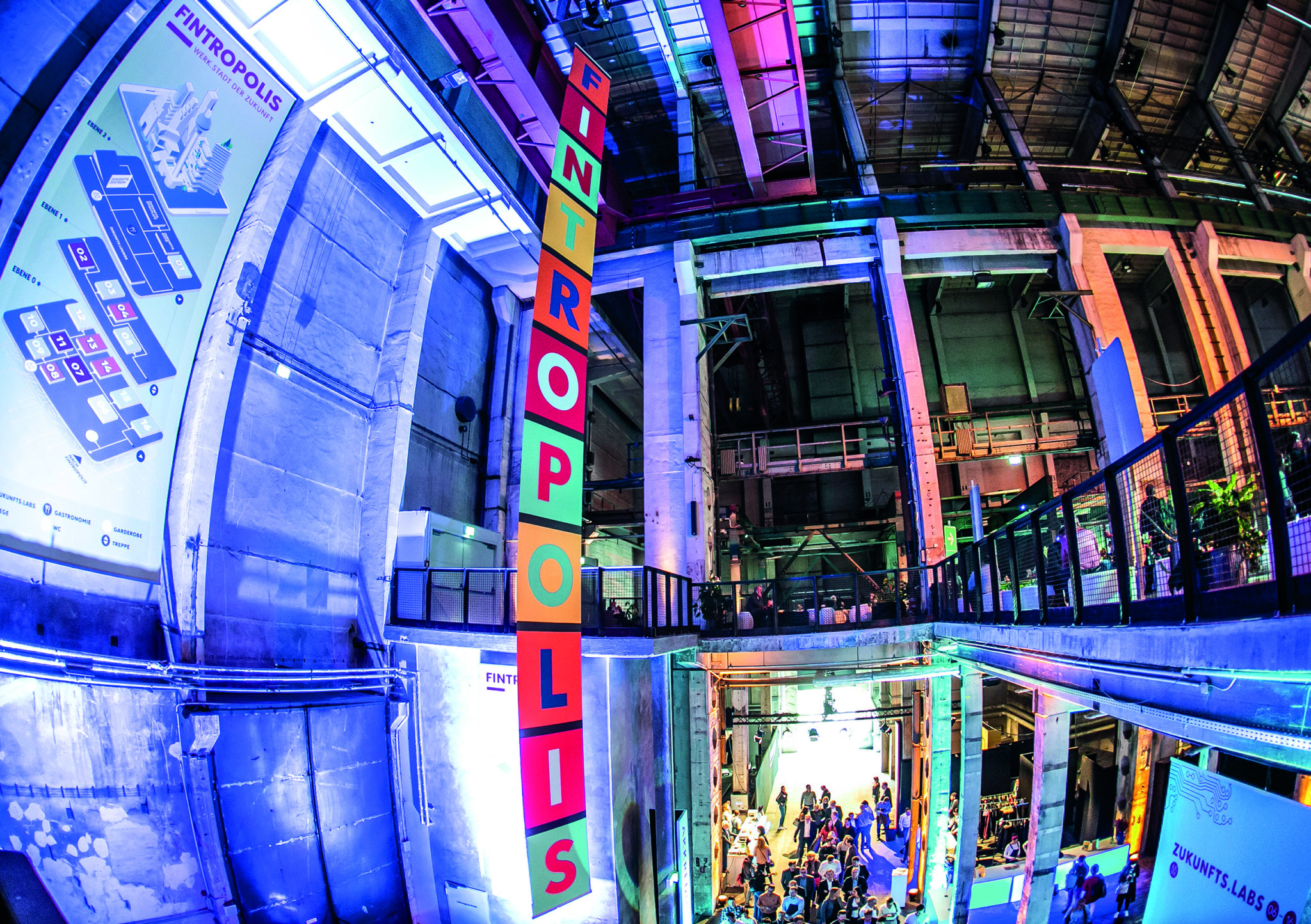 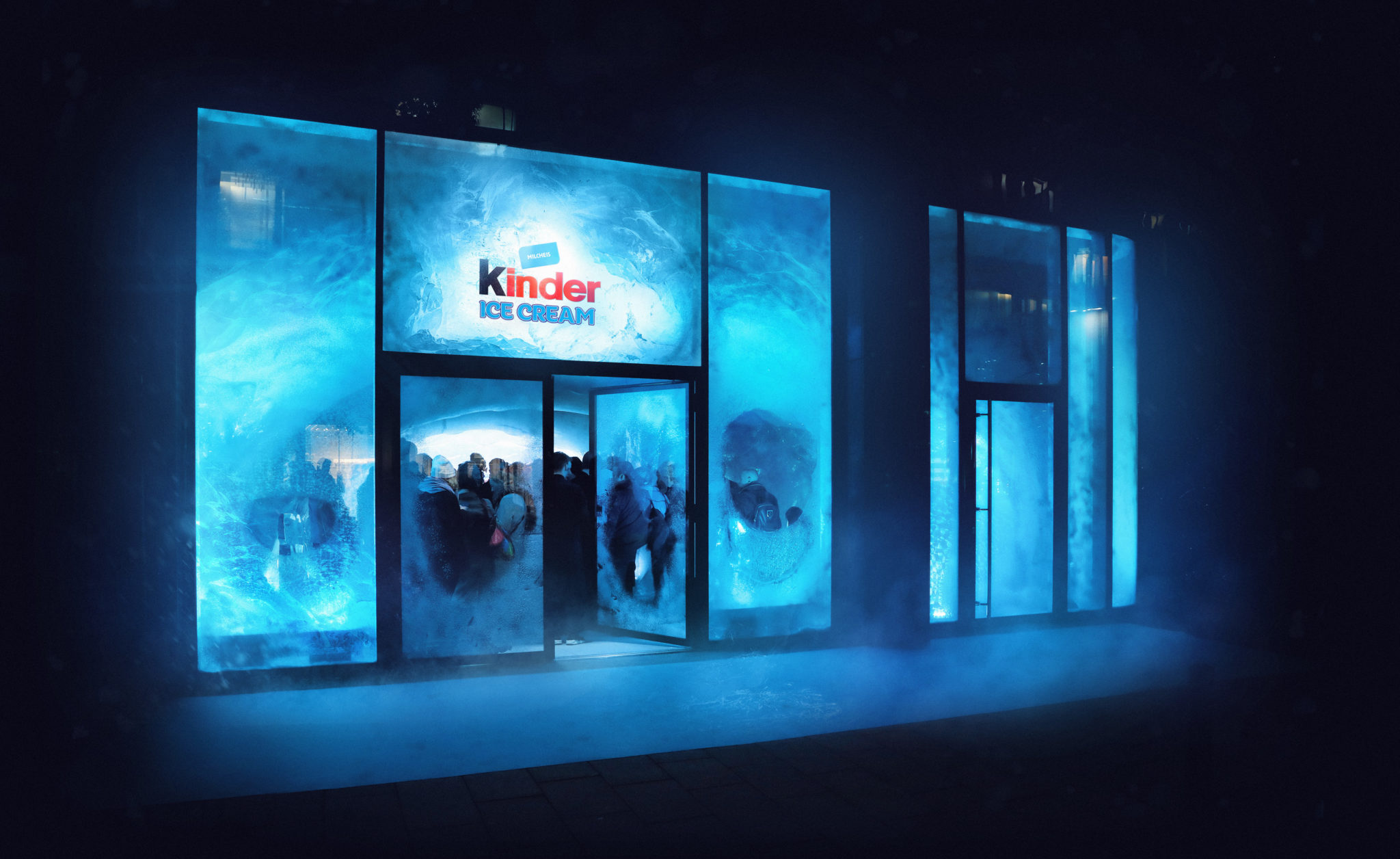