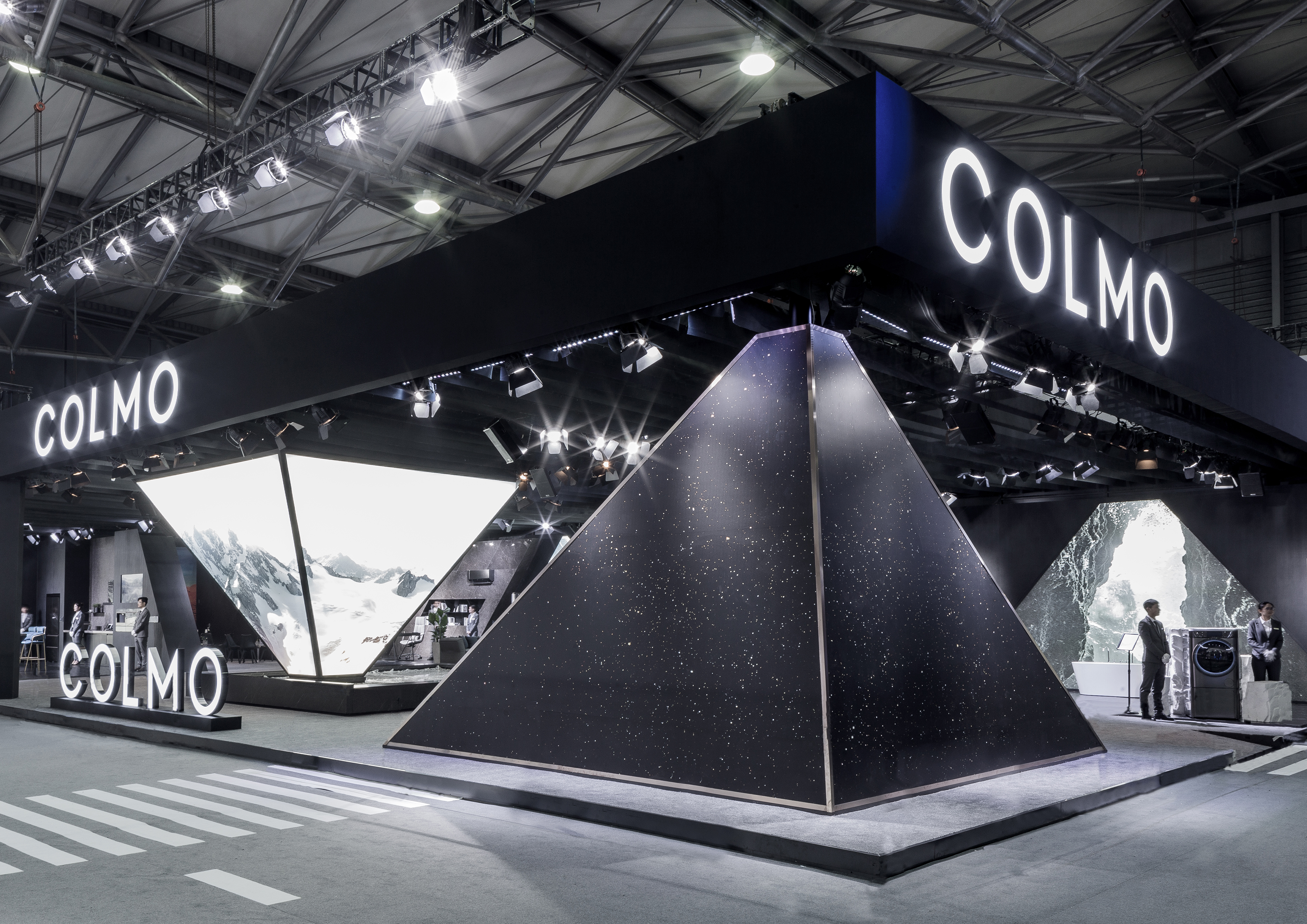 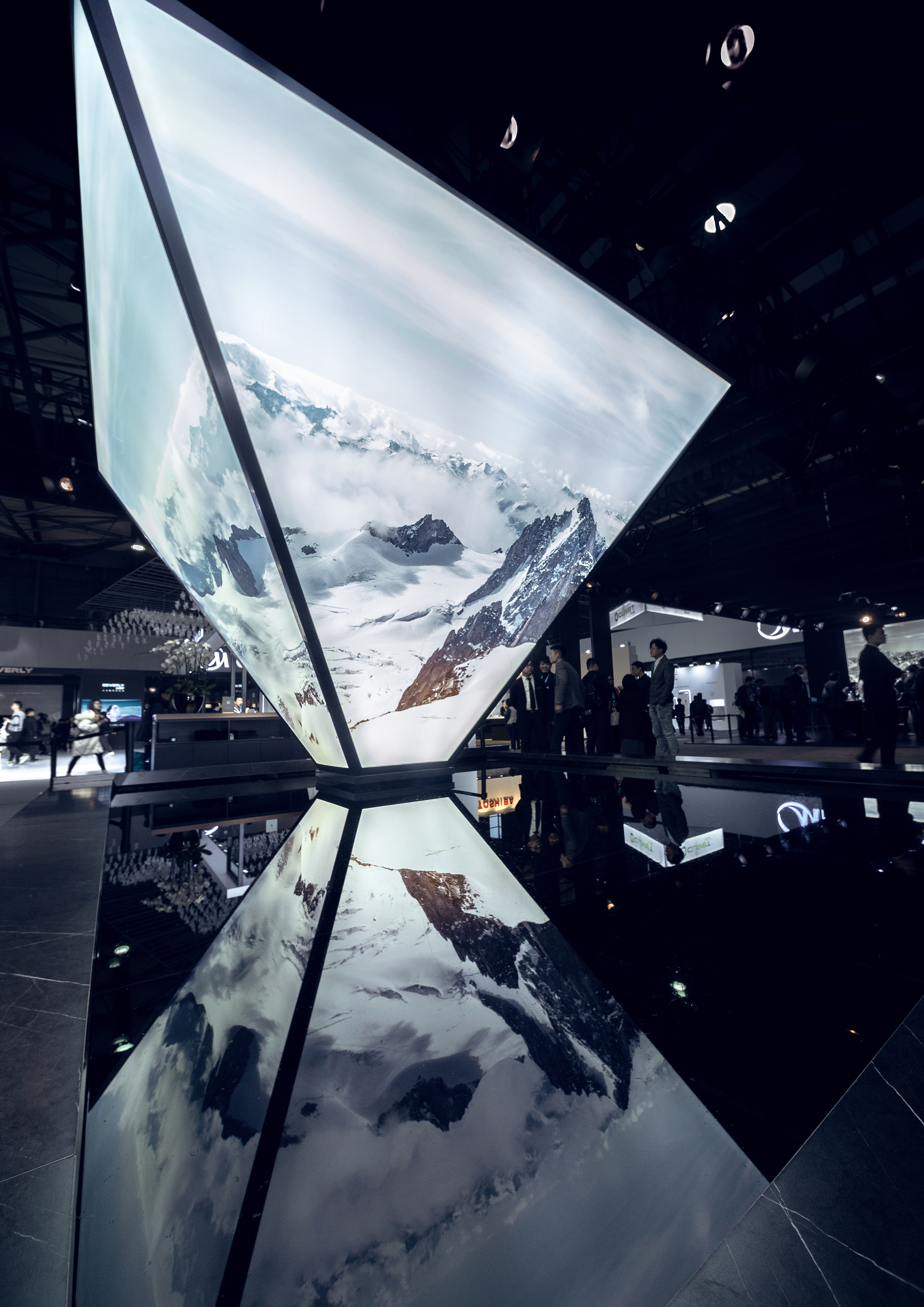 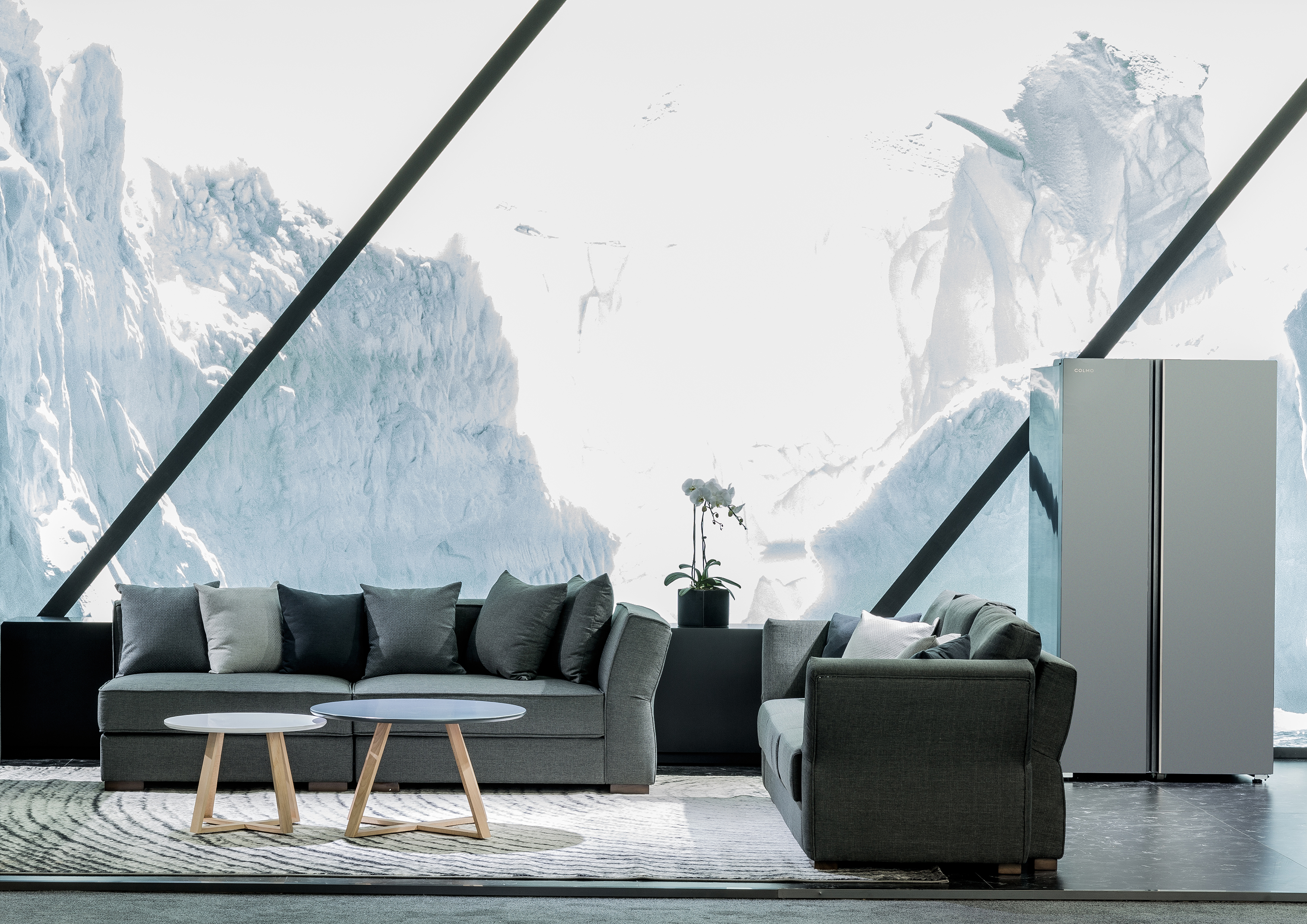 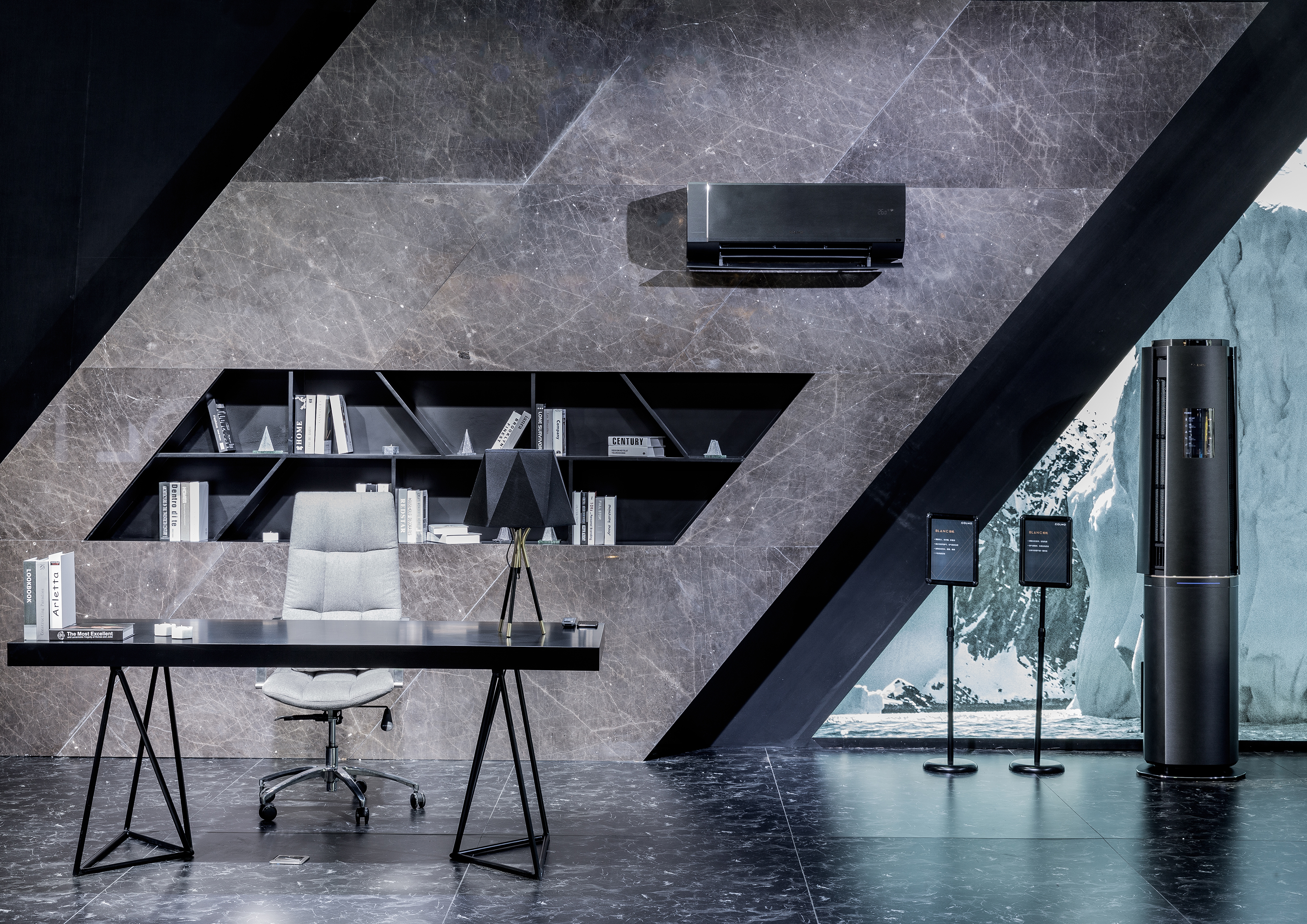 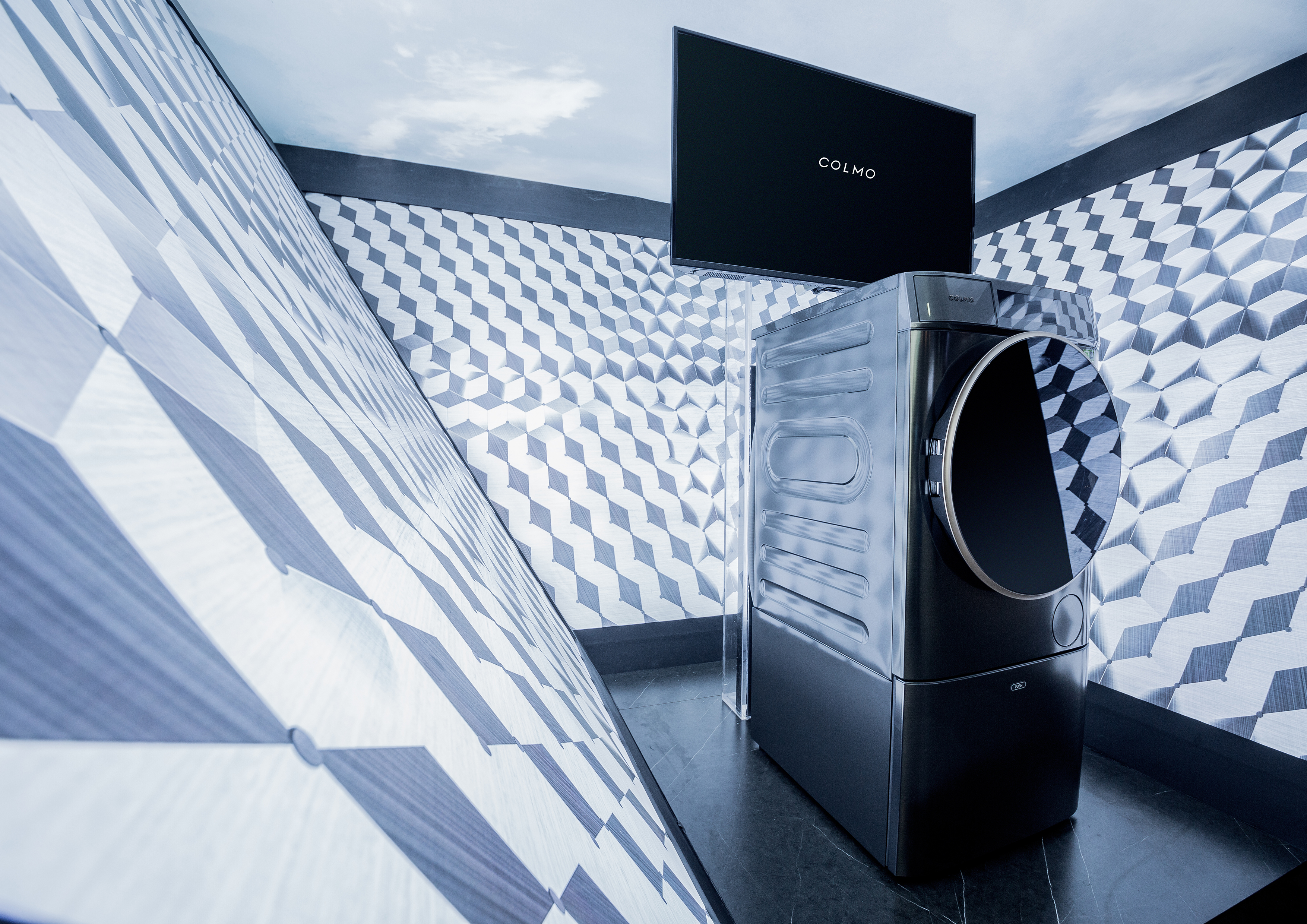 Jury statement:
The icon of the Colmo brand is still ubiquitous:
Montblanc as an image or reduced to a minimalist diagonal.
The product is the hero: its minimalist environment, materiality and placement have only one goal:
getting out oft the cellar and into the living room: ‘The Peak of Elegance’ is worthy of the Bronze Award.

The task was to create a design concept for an exhibition booth that can be best described as a balance between sophistication and practical needs. Emphasizing the silhouette of an ice mountain, the stand was used to indicate the birth place of Colmo, on top of Mont Blanc where the brand was first officially unveiled. With close collaborations between Uniplan and Colmo, the design was continually improved through the implementation phases. Intricate use of various materials and contemporary design accessories were incorporated to present a booth with a central message “SIMPLY EXTRAORDINARY”, a moment like no other when Colmo was officially introduced to the world in one of the world’s largest appliance exhibition fair. 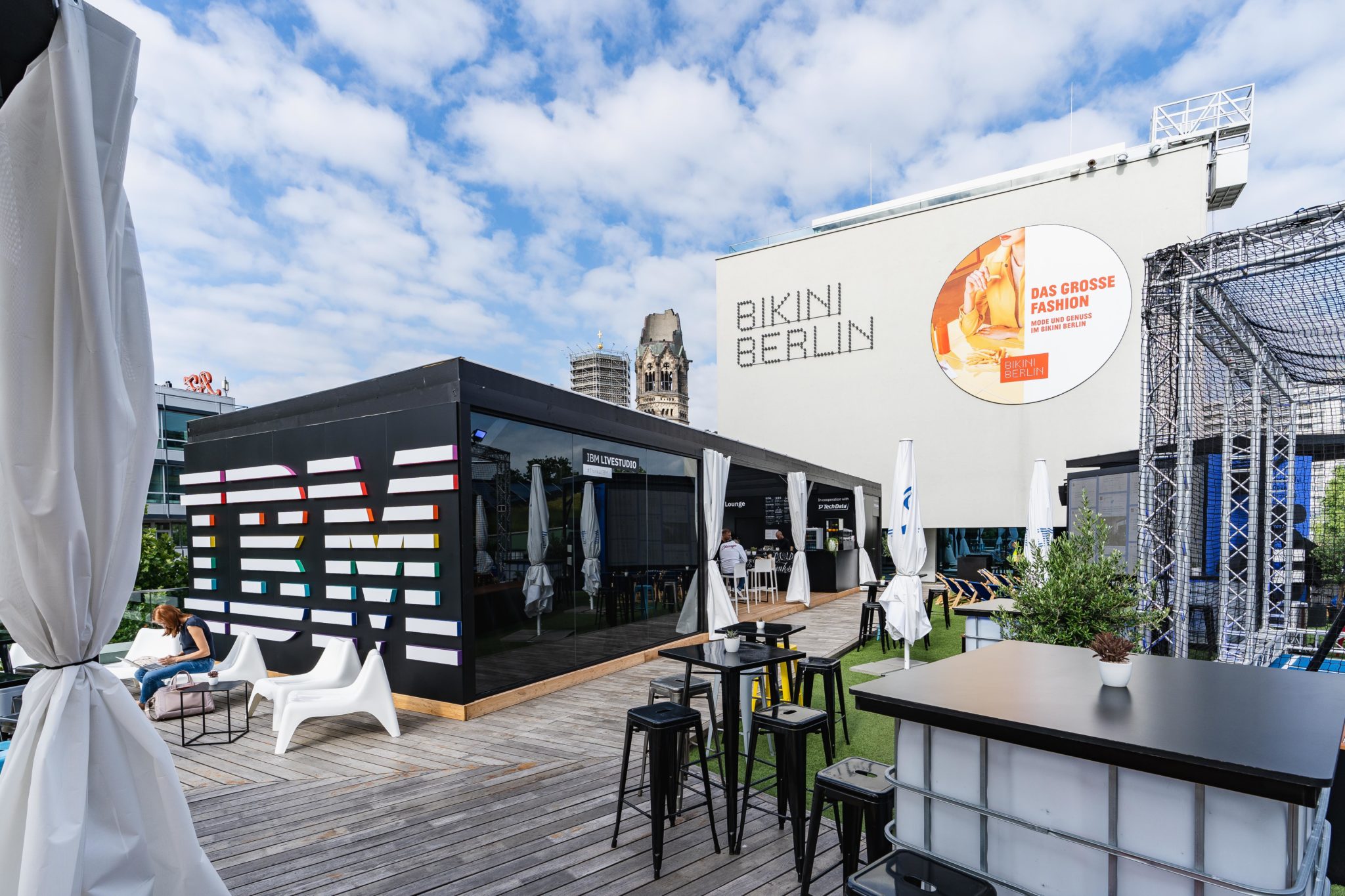 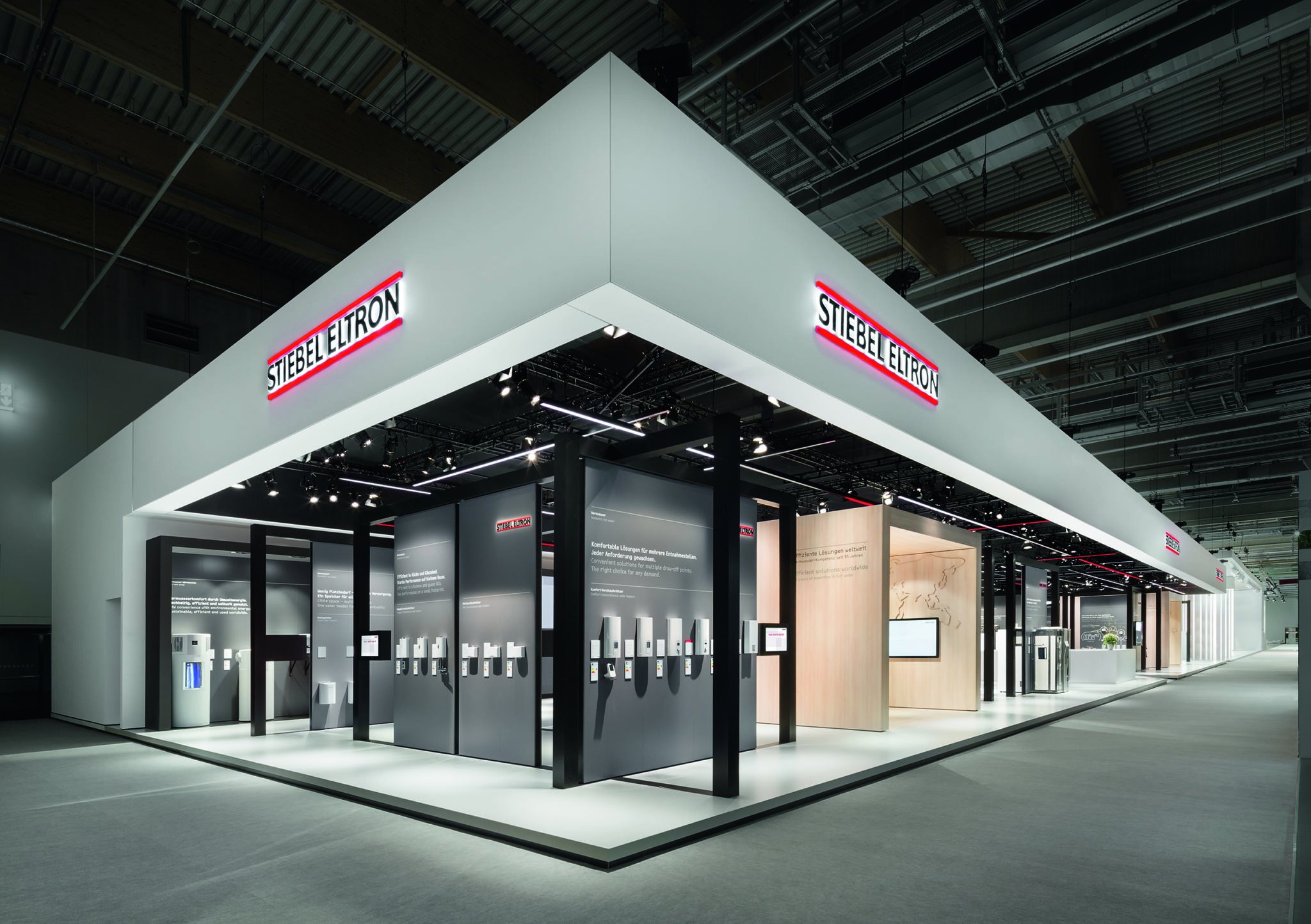