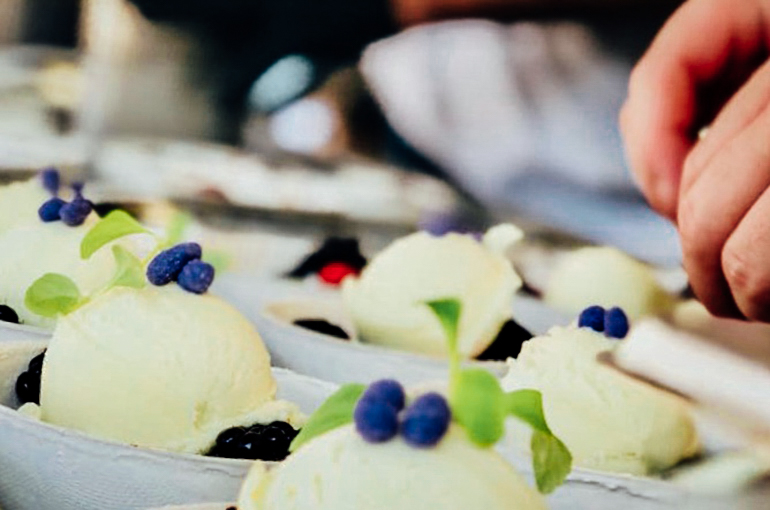 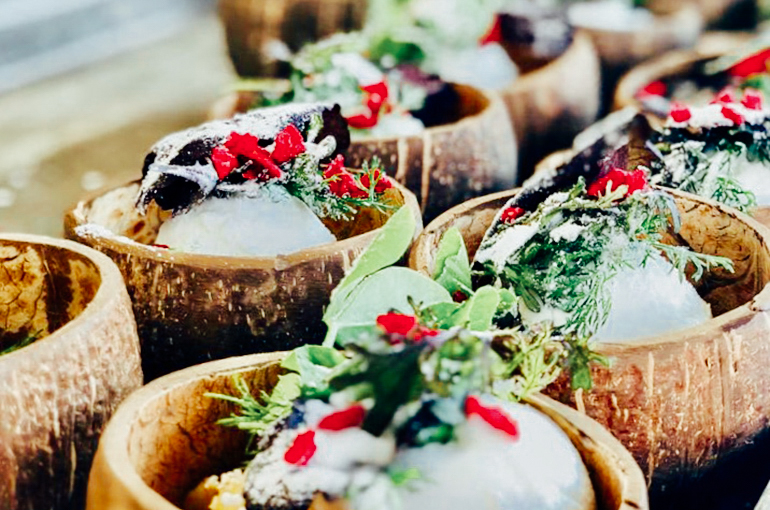 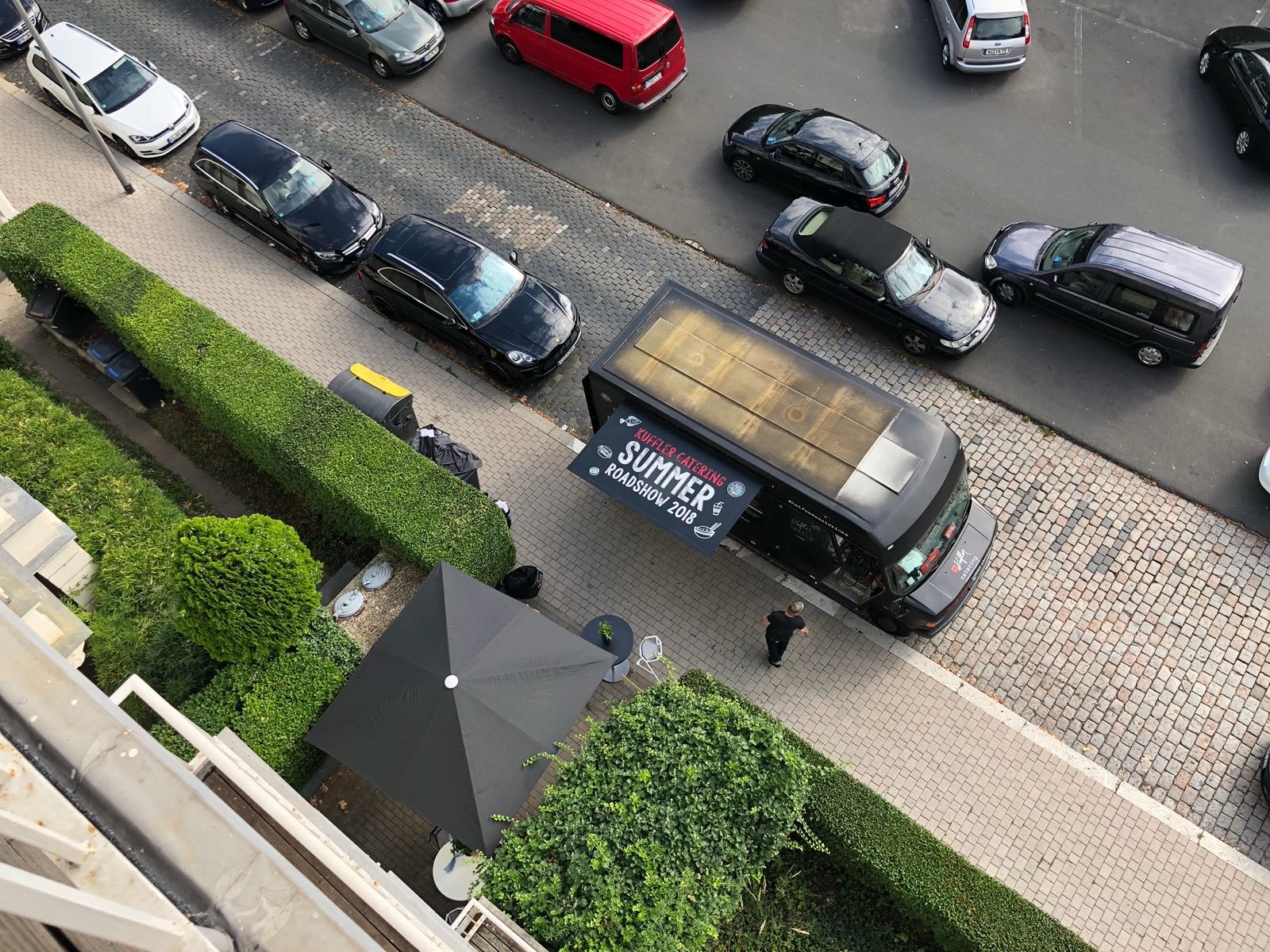 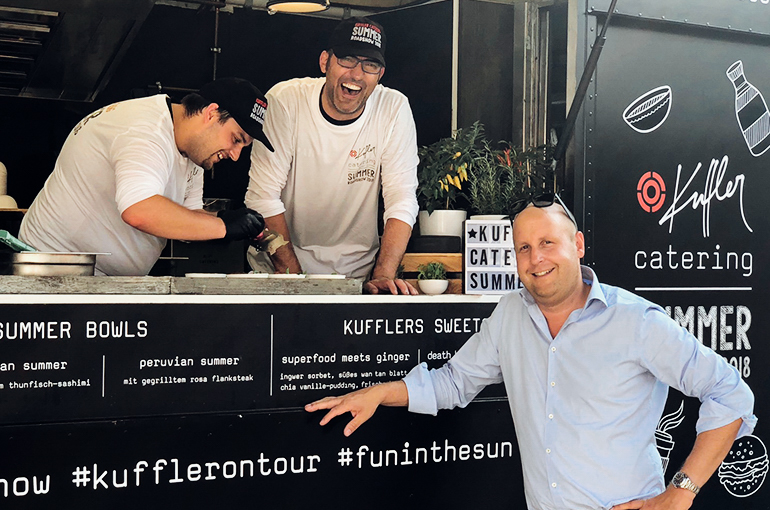 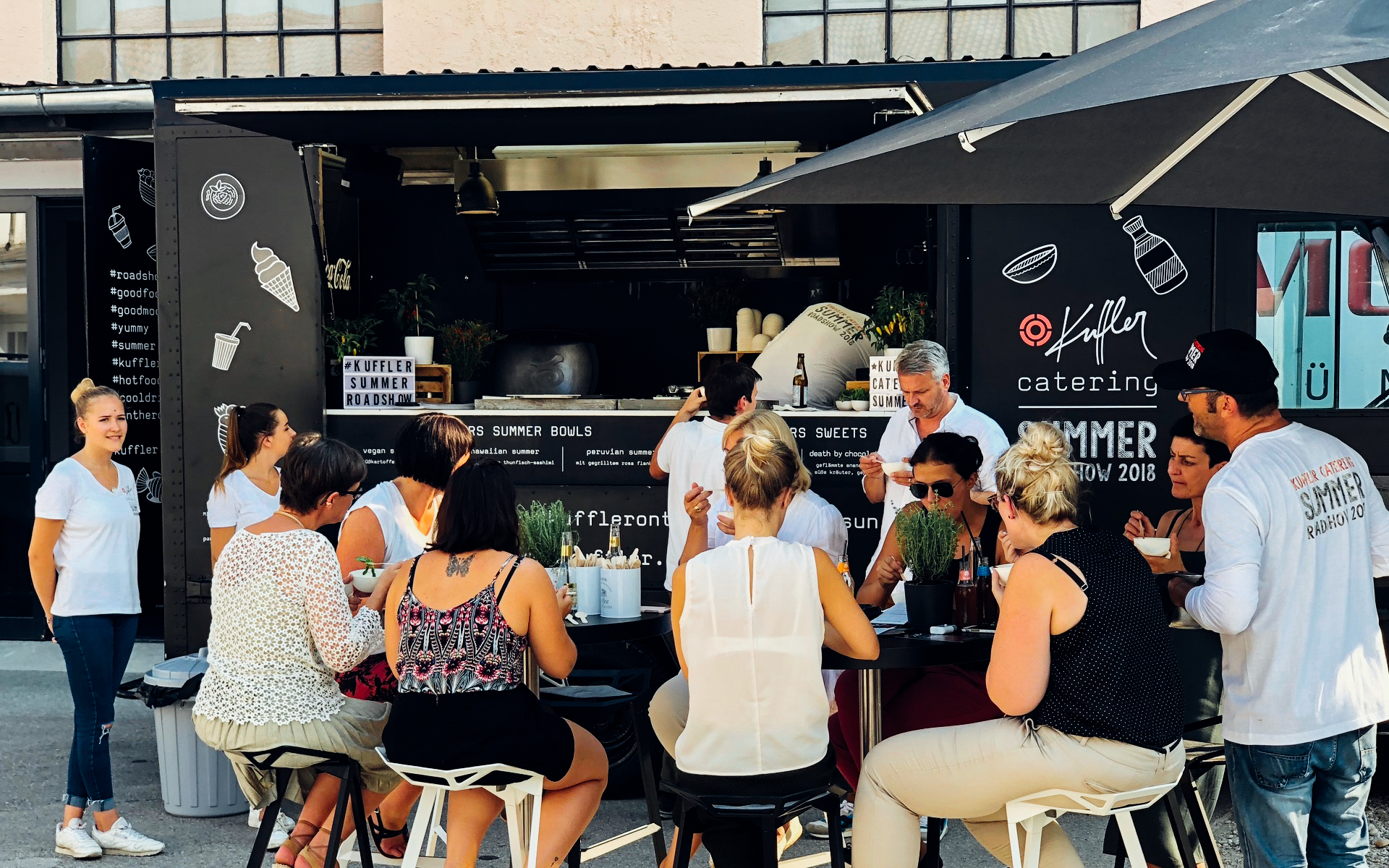 At the beginning of 2018 Kuffler Gastronomy Group was faced with the challenge of introducing the newly invented and largely unknown ‘’Kuffler Catering’’ umbrella brand to the major event agency market in Germany. So how do you reach the newly defined target group on an emotional level, in large numbers, in the shortest time possible and create a broad brand awareness with a positive association to our newly created umbrella brand? Instead of going the traditional route of door to door canvassing and sales presentations that bore agency staff to death with PowerPoint slides and images brochures we wanted to bring the character of the new branch to life. We wanted to convince potential new customers emotionally of “Kuffler Catering” practically on their own doorstep. The idea of the ‘’Kuffler Summer Roadshow’’ was born! One month, one food truck, an extraordinary fine dining food concept, six German cities and as much direct target group contacts as possible were the goal. We contacted 100 CEO’s from 70 event agencies and invited them to book a time slot for the Roadshow free of charge via a Doodle link. As an incentive for their employees either as lunch or after work directly in front of their agency’s door. The response was overwhelming! And so we started our culinary roadshow through Germany… Time window: 01.08.2018 – 07.09.2018 Locations: Munich, Wiesbaden, Frankfurt, Cologne, Düsseldorf, Wuppertal Food concept: Extraordinary high class fine dining summer bowl food concept coming out of an ordinary foodtruck! Events realized: 34 (2 events for existing customers in Frankfurt and Wiesbaden) Target group contacts: 864 (from CEO to trainee) 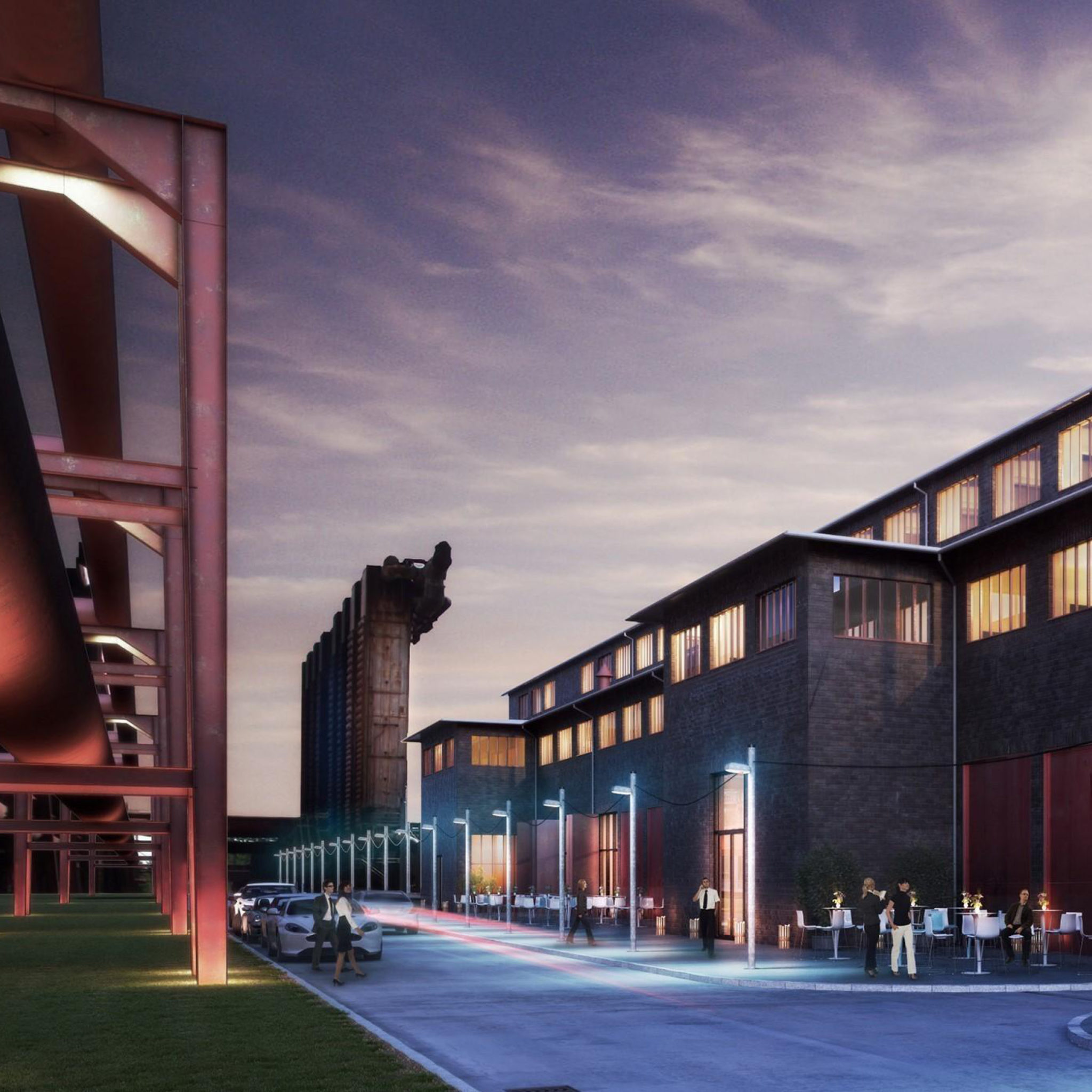 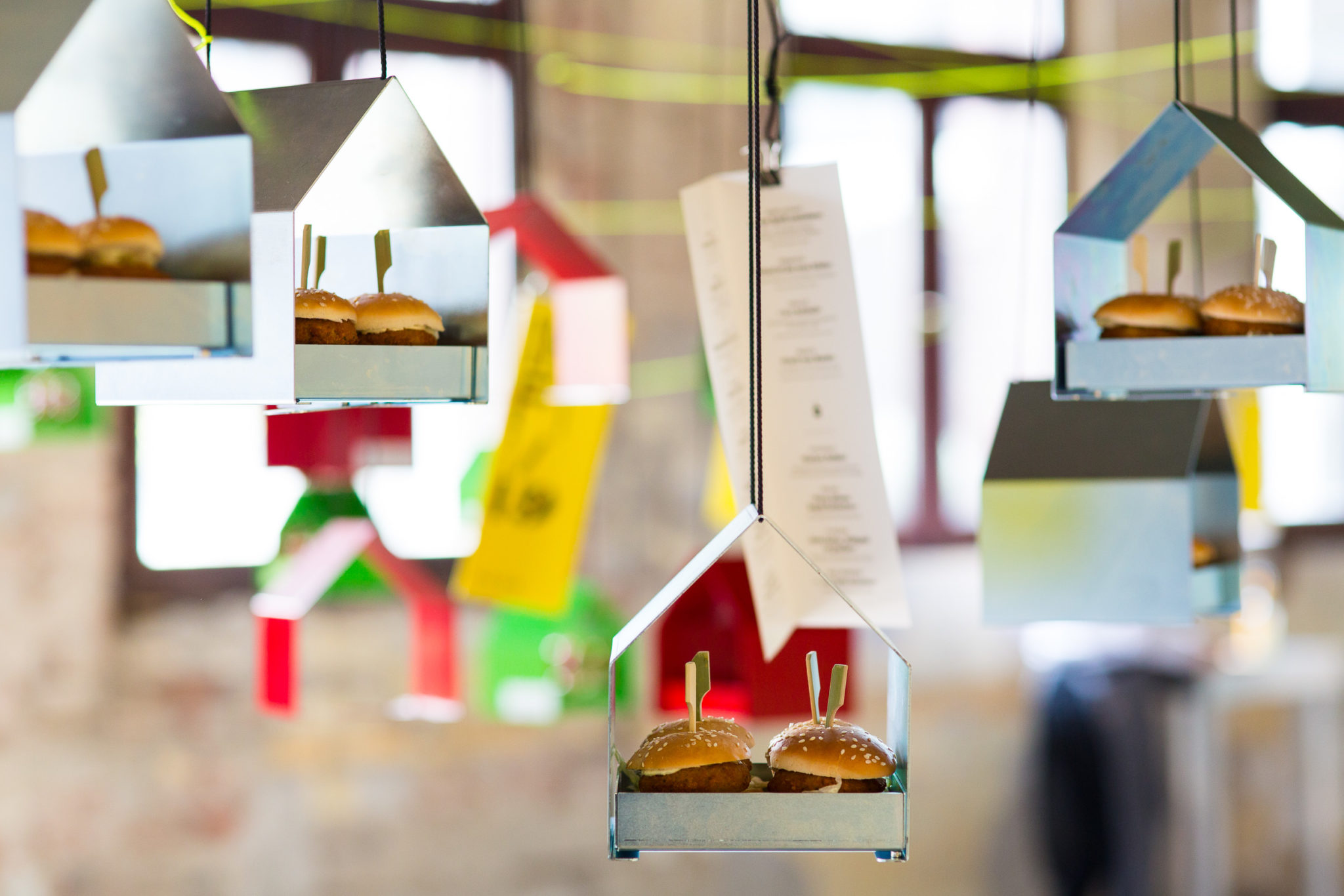